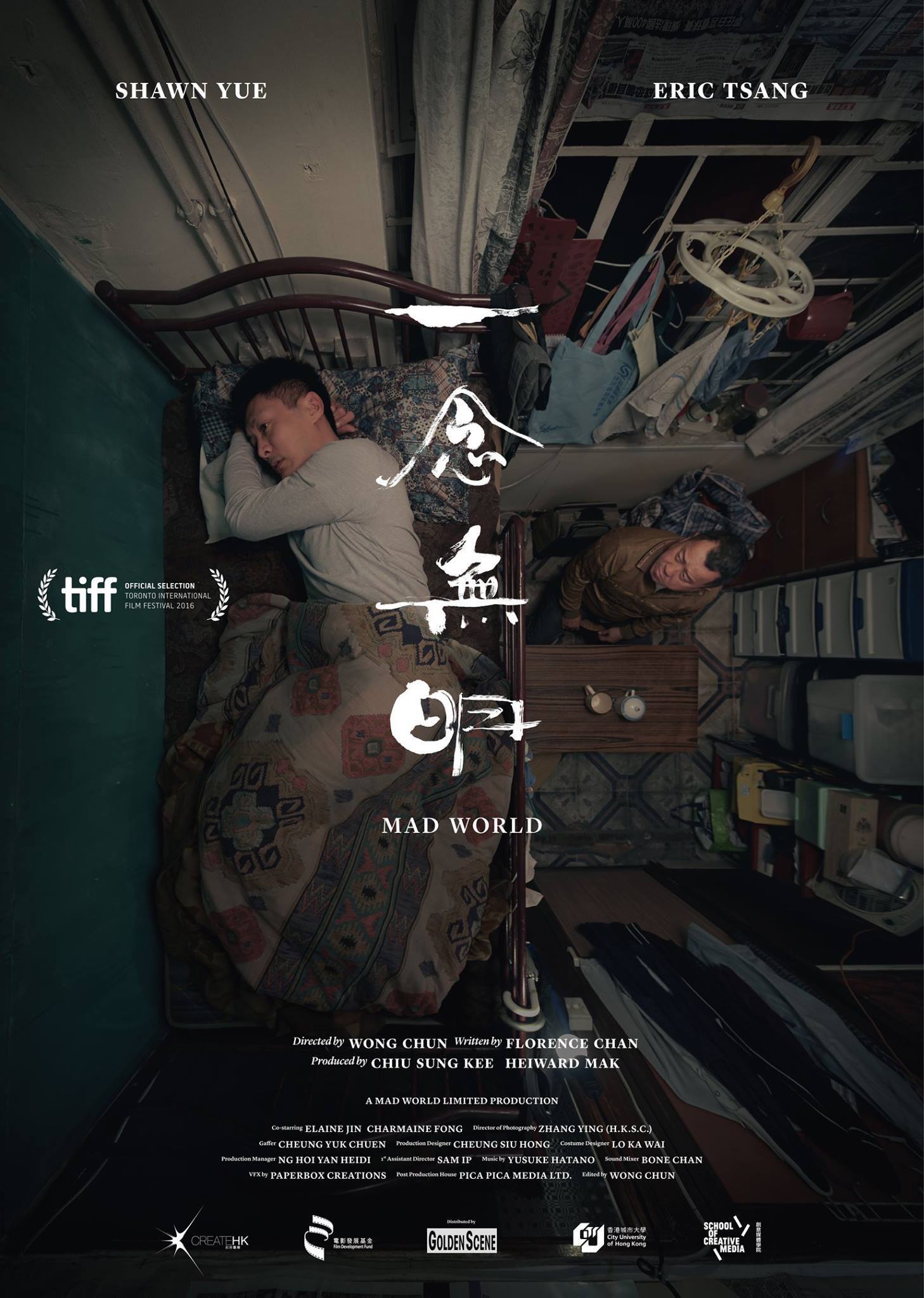 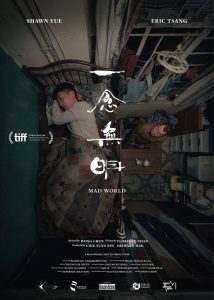 An absentee father and his bipolar son are forced to live together as they struggle with a recent family tragedy.

The  film  begins  with  an  old  man  who  has  long  been  absent  as  a  father(Eric  TSANG),  picking  up  his  son (Shawn YUE), who is suffering from bipolar disorder, from a mental hospital. Both men are in deep remorse  for the accident that caused the death of the mother (Elaine JIN). The tension and anxiety boil as they stay  with each other in a tiny subdivided flat. As time passes, they realize the pain between one another is not the  only confrontation that awaits them; but also to face the cruel and unjust world that they are living in.

This is a story that I’d like to pose to the people of Hong Kong; how do we confront, awaken, empower ourselves, and seek change in the world that we are  currently  living  in.  No  matter  how  long  the  problem  has  been  rotting  away in our souls, and no matter how much we try to suppress it, once we realize that we are our own entity, we can choose to mend relationships, and change the predicaments around you, more than we can ever imagine. If you allow  yourself  to  do so; you  can  become a whole  new  person  every  waking morning. We play the roles of the father and the son in ‘Mad World’, but we are also the people who live around them. Their neighbors in the subdivided flat are also people who are suppressed without a sense unity, and so naturally, they will prey on the weak. We are not bad people, but we tend to violence without knowing, sometimes out of weakness, and sometimes out of ignorance. This is a banal evil, but also a reflection of our society. Humans are not born good or evil; we are accountable for the judgments and decisions we  make  in  our  every  day  lives,  and  from that, little  by little we learn to become a better person. Just like learning to make better films.With  a  tight production  budget  of  HKD  2  million,  we  cannot  even  fathom working  with  such  a  talented  cast.  Both  stars  immediately  said  yes  after I pitched the project to them, and were willing to take a significant pay cut to participate in this project. Besides the fact that I’m tremendously grateful, it also made me realize that scripts have the power to move  and connect people.

“This is not a story where the main character becomes a hero overnight, and one where everyone lives happily ever after. Sometimes in reality, no matter how hard
we try, we still suffer from crushing defeat. Society teaches us to aspire to be rich and successful, and men are expected to present machismo and heroism;  but  the truth is, regardless of age, gender, or social status, we all have moments of fear, pain, and weakness. To us, film is an immensely powerful, and irreplaceable  medium. As the lights of the theater go out, audience members are invited into the lives of people who are on the other side of the world, of different cultures and nationalities. People who suffer from mental illnesses are labeled as ‘worthless’ in our society, but if you take some time to listen to their stories, you will start to forget about the labels, and instead, you’ll see a living person, with blood and flesh, just like any of us.

Perhaps you share the same pain with the character in the film, or perhaps you were
lucky enough to not experience failure, and thus you cannot empathize on another
person’s pain, but once you step out of the theatre, nothing is the same anymore.
Perhaps it has alleviated some of the pain inside of you, perhaps it has taught you
to be compassionate, and perhaps it allowed for you to accept your own weaknesses
and  failures. This  is when we can choose to pick ourselves back up and learn to become a better, stronger person, and realize our full potential as a human being.
Damage is often caused by ignorance, and it happens on a day-to-day basis, and we
cannot count on superheroes to make the world a better place. The most powerful
thing about the medium of film is that it allows the audience to feel the love and fear of the characters, thus linking people together, and maybe, make the world a little bit better. We shall walk the path in front of us with a modest heart. ” [Florence Chan]