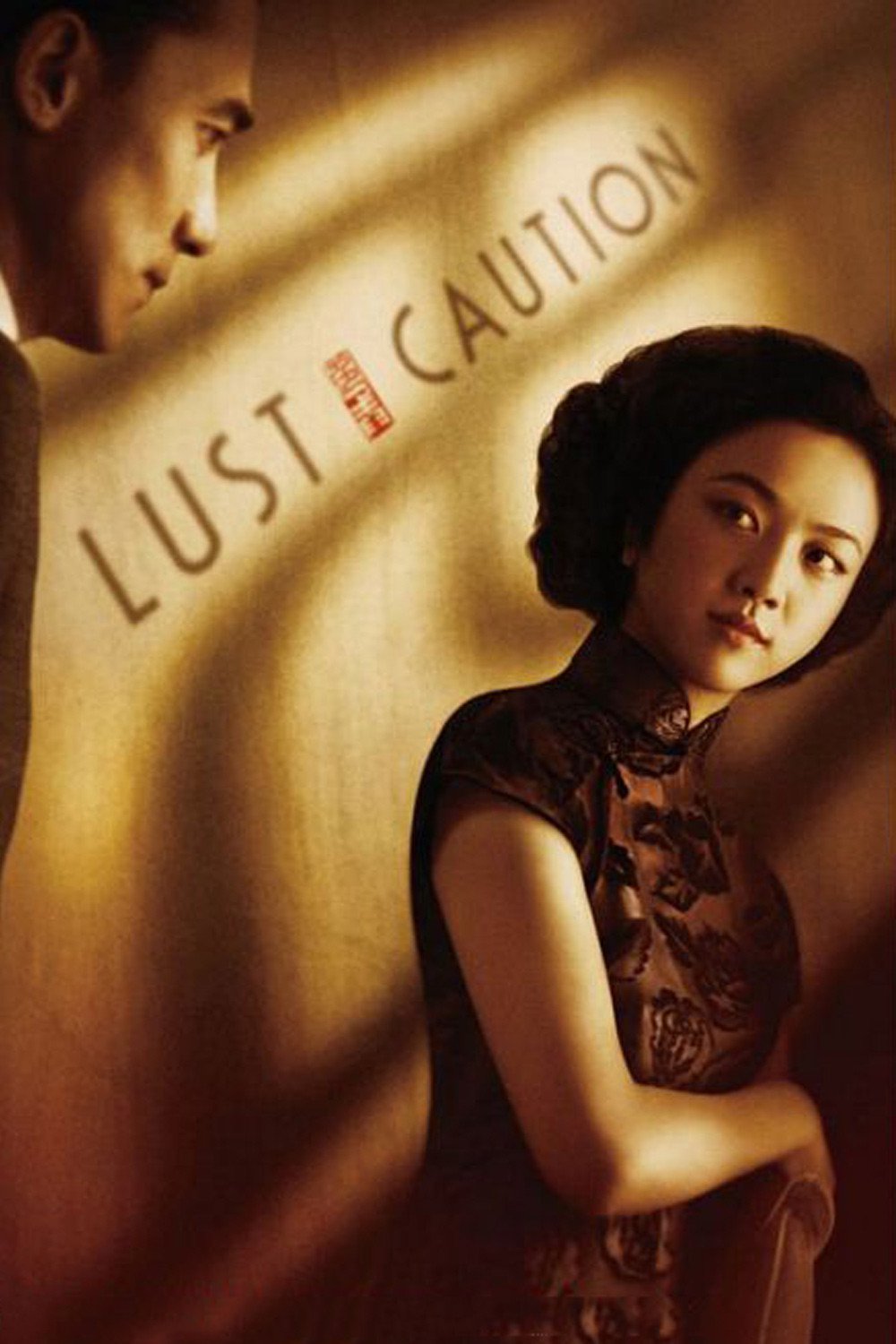 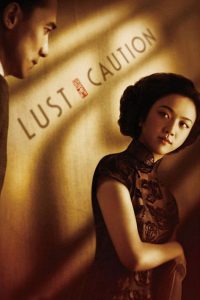 During World War II a secret agent (Tang Wei) must seduce, then assassinate an official (Tony Leung Chiu Wai) who works for the Japanese puppet government in Shanghai. Her mission becomes clouded when she finds herself falling in love with the man she is assigned to kill.

During World War II a secret agent (Tang Wei) must seduce, then assassinate an official (Tony Leung Chiu Wai) who works for the Japanese puppet government in Shanghai. Her mission becomes clouded when she finds herself falling in love with the man she is assigned to kill.

During World War II a secret agent (Tang Wei) must seduce, then assassinate an official (Tony Leung Chiu Wai) who works for the Japanese puppet government in Shanghai.

Her mission becomes clouded when she finds herself falling in love with the man she is assigned to kill.

Lust, Caution (Chinese: 色，戒; pinyin: Sè, Jiè; Jyutping: Sik1Gaai3) is a 2007 erotic espionage thriller film directed by Ang Lee, based on the novella of the same name published in 1979 by Chinese author Eileen Chang. The story is mostly set in Hong Kong in 1938 and in Shanghai in 1942, when it was occupied by the Imperial Japanese Army and ruled by the puppet government led by Wang Jingwei. It depicts a group of Chinese university students from the Lingnan University who plot to assassinate a high-ranking special agent and recruiter of the puppet government using an attractive young woman to lure him into a trap.

With this film, Lee won the Golden Lion Award at the Venice Film Festival for the second time, the first being with Brokeback Mountain. The film adaptation and the story are loosely based on events that took place during the Japanese occupation of Shanghai. The film’s explicit sex scenes resulted in the film being rated NC-17 in the United States.

During the Second Sino-Japanese War, a shy, inexperienced university student, Wong Chia Chi, travels from Shanghai to Hong Kong and attends her first year at Lingnan University. A male student, Kuang Yu Min, invites her to join his patriotic drama club, and soon she becomes a lead actress, inspiring both her audience and her colleagues. Inspired by the troupe’s patriotic plays, Kuang persuades the group to make a more concrete contribution to the war against Japan. He devises a plan to assassinate Mr. Yee, a special agent and recruiter of the puppet government of Wang Jingwei set up by the Japanese Government in China. The beautiful Chia Chi is chosen to take on the undercover role of “Mrs. Mai”, the elegant wife of a trading company owner. She manages to insert herself in the social circle of Mrs. Yee.

Chia Chi catches the eye of Mr. Yee and tries to lure him to a location where he can be assassinated. Chia Chi is still a virgin, and she reluctantly consents to sleeping with another student involved in the plot in order to practice her role as a married woman if she were to sleep with Yee. Kuang, who has feelings for Chia Chi, is upset by this, but agrees to the arrangement.

Attracted to Chia Chi, Yee nearly falls for the trap but withdraws at the last minute. Soon after, Mr. and Mrs. Yee suddenly move back to Shanghai, leaving the students with no further chance to complete their assassination plan. While they are preparing to disband, an armed subordinate of Yee turns up unannounced and tells them he is aware of their plans. After a violent struggle, the university students kill the subordinate and then go into hiding.

Three years later in Japanese-occupied Shanghai, Chia Chi again encounters Kuang, who is now an undercover agent of the KMT secret service the Juntong, which is seeking to overturn the Japanese occupation force and their puppet government. He enlists her into a renewed assassination plan to kill Yee.

By this time, Yee has become the head of the secret police department under the puppet government and is responsible for capturing and executing Chinese resistance agents who are working for the KMT. Eventually, Chia Chi becomes Yee’s mistress. During their first encounter, Yee has very rough sex with her.

Over the next few weeks, however, their sexual relationship becomes very passionate and deeply emotional, which causes conflicting feelings in Chia Chi who is still involved in the assassination plot.

When Chia Chi reports to her KMT superior officer, she exhorts him to carry out the assassination soon, so that she will not have to continue her sexual liaisons with Yee, but she is told that the assassination needs to be delayed for strategic reasons. Chia Chi describes the inhuman emotional conflict she is in—sexually and emotionally bound to a man who she is plotting to assassinate.

When Yee sends Chia Chi to a jewellery store with a sealed envelope, she discovers that he has arranged for a large and extremely rare six carat pink diamond for her, to be mounted in a ring. This provides the Chinese resistance with a chance to get at Yee when he is not accompanied by his bodyguards.

Soon after, Chia Chi invites Yee to accompany her to collect the diamond ring. While entering the jewelry shop, she notices that her friends are not outside (suggesting her friends may have already been caught). When she puts on the ring and sees Yee’s obvious love for her, she is overcome by emotion and quietly urges him to “Go, now.”

As the entire resistance group is forced to sit on their knees while the executioner take out their pistols, a sad Kuang who always loved Chia Chi gazes at her. Wong’s friends died thinking their failure is the reason they implicated Wong, while Wong believes her friends died because of her warning to Yee.

Sometime later, Yee sits on Chia Chi’s empty bed in the family guest room, while his wife asks him what is going on, since his secretary and two men took Chia Chi’s belongings and some papers from his office. Yee tells her to keep quiet and continue playing downstairs, to avoid letting anyone know that something is amiss. [wikipedia]