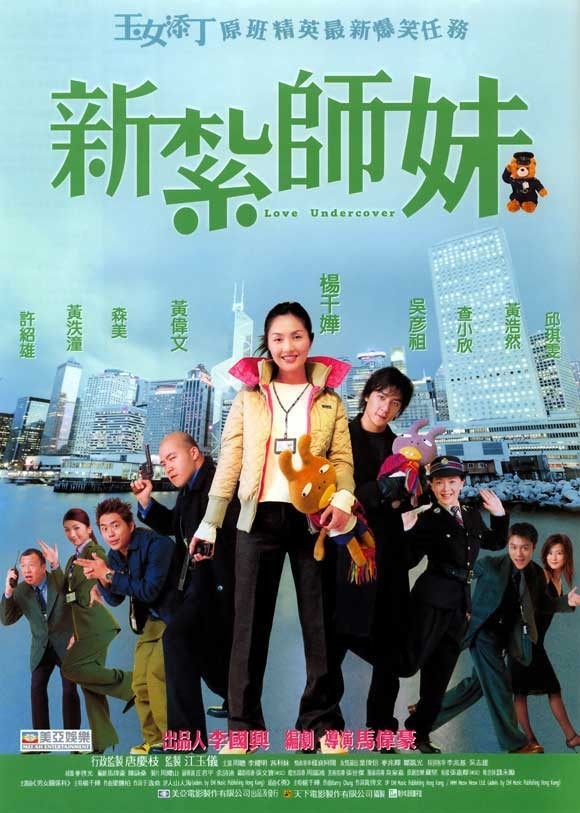 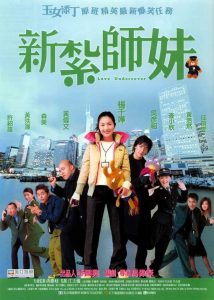 A young policewoman is picked for an undercover job--getting close enough to a gangster's son so that she can plant a microphone at a table where the gangsters make their deals. Complications arise when she finds herself falling for him.

A young policewoman is picked for an undercover job--getting close enough to a gangster's son so that she can plant a microphone at a table where the gangsters make their deals. Complications arise when she finds herself falling for him.

The team of director-writer Joe Ma and singer-turned-actress Miriam Yeung are getting better and better. In the past twelve months they have had three releases, beginning with FEEL 100% II in March 2001.

Things began to look up eight months later with the uniquely titled DUMMY MUMMY, WITHOUT A BABY, far from a comedy classic but permitting Yeung to project a less grating screen persona. She assays the same bumbling character, LK Fong, in LOVE UNDERCOVER. This unpretentious farce represents a highpoint in Joe Ma’s career, the script chock full of typical sit-com situations and recycled jokes that are somehow transformed into the funniest Cantonese comedy since last year’s SHAOLIN SOCCER. LK goes from inept office worker in DUMMY MUMMY to inept police officer in LOVE UNDERCOVER. Borrowing liberally from THE NAKED GUN and other cop comedies, LK finds herself assigned to special undercover duty to get the goods on Au Hoi-man, the handsome son of a triad leader. This puts LK into various dangerous and romantic situations which the filmmakers milk for all their slapstick potential. From microphones hidden in ketchup bottles and cameras in tea pots, to the force’s most suave cop (Raymond Wong) posing as LK’s pimp and a senior officer (Hui Siu-hung) mistaken for her father, the picture not only provides laughs but does so within a scenario that is more than just a scattered collection of gags. Even the improbable premise of a wealthy, educated hunk like Au falling in love with the klutzy, crude LK is given a plausible rationale. The picture has a number of small delights, not the least of which is guest appearances by screen thugs Ng Chi-hung and Lee Siu-kei as English-speaking FBI agents. Whatever the accoutrements and supporting cast, Miriam Yeung dominates the spotlight and manages to keep you rooting for chronic underdog LK. If she keeps this up, Yeung might become the Hong Kong screen’s premiere comedienne.