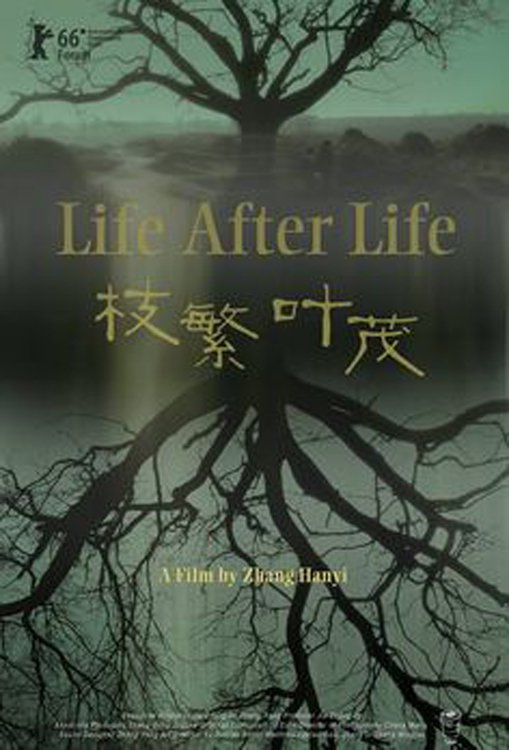 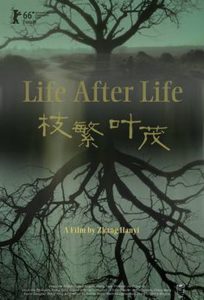 A hare is let loose in the forest, a dog gives chase and the boy tears after them, his father in tentative pursuit. Minutes pass, the forest falls silent, and when the boy re-enters the frame, something has changed: he now speaks with the voice of his dead mother. Mingchung shows little surprise at Xiuying’s return, he even asks why she didn’t come earlier. She says she’ll leave again once she’s completed one simple task, to replant the tree that stands before their now abandoned home.

A hare is let loose in the forest, a dog gives chase and the boy tears after them, his father in tentative pursuit. Minutes pass, the forest falls silent, and when the boy re-enters the frame, something has changed: he now speaks with the voice of his dead mother. Mingchung shows little surprise at Xiuying’s return, he even asks why she didn’t come earlier. She says she’ll leave again once she’s completed one simple task, to replant the tree that stands before their now abandoned home.

While gathering wood one day, a man’s son wanders off, returning later to announce that he is the spirit of his mother, the man’s dead wife.

The father takes this in stride. The boy/mother then says that they must uproot a tree from their yard and take it with them when they relocate from their village to a tower block on the other side of a nearby mountain. From these uncanny beginnings, Life After Life spins an enigmatic web as the duo interact with neighbours and family members in their current lives and the next. Produced by Jia Zhangke, this remarkable debut immediately announces Zhang Hanyi as a filmmaker with a skill for subtly teasing out social relations, at once building a vivid picture of an industrialising China and giving us an attractively matter-of-fact ghost story. With a poised visual style that presents the world in wide-angle, and with a sprinkling of wry humour, this is a deadpan supernatural treat.

Industrial development and the migration of population have seen the gradual desolation of the village with few people left and houses collapsed. Some people die, and some ghosts return. Xiuying’s spirit who has wandered for over a decade returns to the village by borrowing her son’s body. She wants to move the tree she planted in her husband’s family yard when she got married. Through her eyes of the past, we see
the present land, the living people, reincarnation and the intelligential rocks and animals, which are all occupied in someway for different reasons, just like her.

In my hometown Shaanxi Province, the place I grew up. Industrial development and the migration of population have seen the gradual desolation of the village with few people left and houses collapsed. In fact, there are countless villages like this in loess plateau and in the whole China, which were once prosperous and flourishing. And in those villages, there are all kinds of folklores orally passed down through generations. All seem to believe that the dead’s spirit would come back as it possesses a body, there exists reincarnation and animals would turn into human shapes at their weddings and funerals, although no ordinary people have ever seen such things with their own eyes. So I created Xiuying this figure, an ordinary rural woman who had a confused life, died of an accident at a young age and obviously was not content to be dead like that. After a decade of wandering as a wild ghost, she returned to the almost abandoned village to move the tree in their family’s courtyard as if to leave some traces of her existence in this land.

Apart from what mentioned above, there is another one, which is after the soul moves
onto the nether world, it returns to man’s world as ghost for some unfinished wills.
The ghost can only take action by borrowing other living people’s body. That is
where spirit-possession comes from.

China is experiencing rapid urbanization. Other than city, rural area also changes
dramatically along with this process. The reasons that lead to the quick death of rural
communities are nothing else than industrialization and migration. For instance, house
collapse caused by mine gobs makes it impossible for people to stay. The construction
of factories takes up farmland which people live on. And more and more rural
inhabitants are pouring into city for new livelihood. Either reason brings forth the
result of deserted villages and leaving villagers. So while the city is burgeoning, the
rural communities are dying.

From one point of view, Life After Life can be seen as a kind of documentary about the quick death of rural communities in Shaanxi. How did you come to the idea of centering the story on a returning ghost? And why?

China is urbanizing very rapidly, and the countryside is changing just as much as the cities are. Rural communities are dying quickly for two clear reasons: migration to the cities and industrialization. What makes country-dwellers flock to the cities? The reasons include house collapses due to abandoned underground mine tunnels, and the building of factories on what used to be farming land, the land from which people made their living. So more and more country-dwellers are looking for new lives and new sources of income in the cities. That’s why we’re seeing so many deserted villages and derelict houses, and why the cities are burgeoning while country villages are dying. I come from Shaanxi Province, and the village I was born in is a case in point. When I think back to my childhood, I remember the liveliness of rural life back then and I particularly remember the folk tales I was told. One that struck me very deeply was the notion that a dead person might come back to inhabit the body of someone living. I never came across a case like that in real life, but this story, set in a dying village, needed what we can call “an eye from the past”. Those who inhabit the past are the dead, so they watch what’s happening to the land now with a different eye. That’s why I brought my memories of local folklore and the fantasies they inspired into this story which records the decline of such villages. You can find visual traces of beliefs rooted in folklore, but folk tales have generally been passed down orally – a vital tradition which may well last longer than the village communities themselves.

I would guess that most of your actors are non-professionals, and the cast-list at the end of the film reveals that some of them keep their real names for their roles. How did you cast the film? Was it hard to get what you needed from your actors?

Yes, most of the actors are non-professionals. They are ordinary people who happen to live where we shot the film. I had general impressions of all the characters while I was writing the script, so when I finished writing I just went back to my old village and chose the people who most closely resembled the characters I’d envisaged. I didn’t really ask them to ‘act’; I hoped they would simply live their normal lives in front of the camera. I never planned to use much editing, and I kept the camera some distance from the actors. What I shot was mostly normal scenes of rural life. I tried to relax the actors by explaining to them what I needed them to do rather than showing them the script. Basically, they wore their normal clothes, did what they normally do and said what they normally say. They got used to it quickly enough, and just ‘acted’. The exception to this was the young actor who plays Leilei, the character whose body is taken over by his late mother Xiuying. He’s an ordinary boy, and obviously has no experience whatsoever of life as a village woman. So I did go through the script with him, scene by scene, explaining the situation and the problems faced by Xiuying, helping him to understand her character. He grasped it very quickly and did a great job.

There’s no overtly Buddhist element in Life After Life, but all the characters accept reincarnation and spirit-possession as facts. Are they Buddhists? Or do their beliefs have some other root?

None of them is Buddhist, but they do accept some Buddhist ideas. Most Chinese villagers have no defined faith or even any clear concept of religion. They certainly don’t follow any one religion, and tend to pick and choose their spiritual beliefs. For example, the idea that reincarnation provides a continuity from generation to generation has become a kind of consensus view, a secret agreement. It helps people to face the deaths of their relatives, and even their own eventual deaths.

Most of your scenes are single, unedited shots, so when you do edit within a scene the effect is rather striking. What are your ideas about staging the action and pacing the film?

I wanted to establish a steady pace for this ‘ghost’ story, and to maintain it from start to finish. That’s why I opted for the ‘one scene/one shot’ approach. Even in scenes which do contain changes of shot, I tried to maintain that pace and tone. When it came to putting it all together, that was still the guiding principle. Of course I wanted smooth transitions from scene to scene, but I tried to preserve the spirit of the way we’d shot the film.

Why did you decide not to use music in Life After Life?

As the leading characters wander through the scenes, we hear all kinds of background sound. Some are industrial noises: the constant hums that come from factories and power-plants, weird mechanical sounds that come from far away. Some are natural sounds: birds twittering, dogs barking, the sound of the wind blowing through the woods. I wanted to use these sounds rather than music because they help me to tell the ‘ghost’ story in an honest and earthy way.

Can we take the captions used near the beginning and at the end of the film as evidence that Leilei does successfully “come back”?

Yes, we can. Xiuying has been gone for some years, and she just borrows Leilei’s body. The idea is that the dead person’s spirit goes to some nether world but returns to this world to take care of unfinished business. A ghost can only do things by inhabiting the body of a living person, so Xiuying’s spirit possesses the body of her son Leilei. That’s what I meant by ‘borrowing his body’. Once the ‘ghost’ has achieved her wish, she has to give the body back to its original owner. And Leilei, the living person, has to come back to face his own life, no matter what the future holds for him.