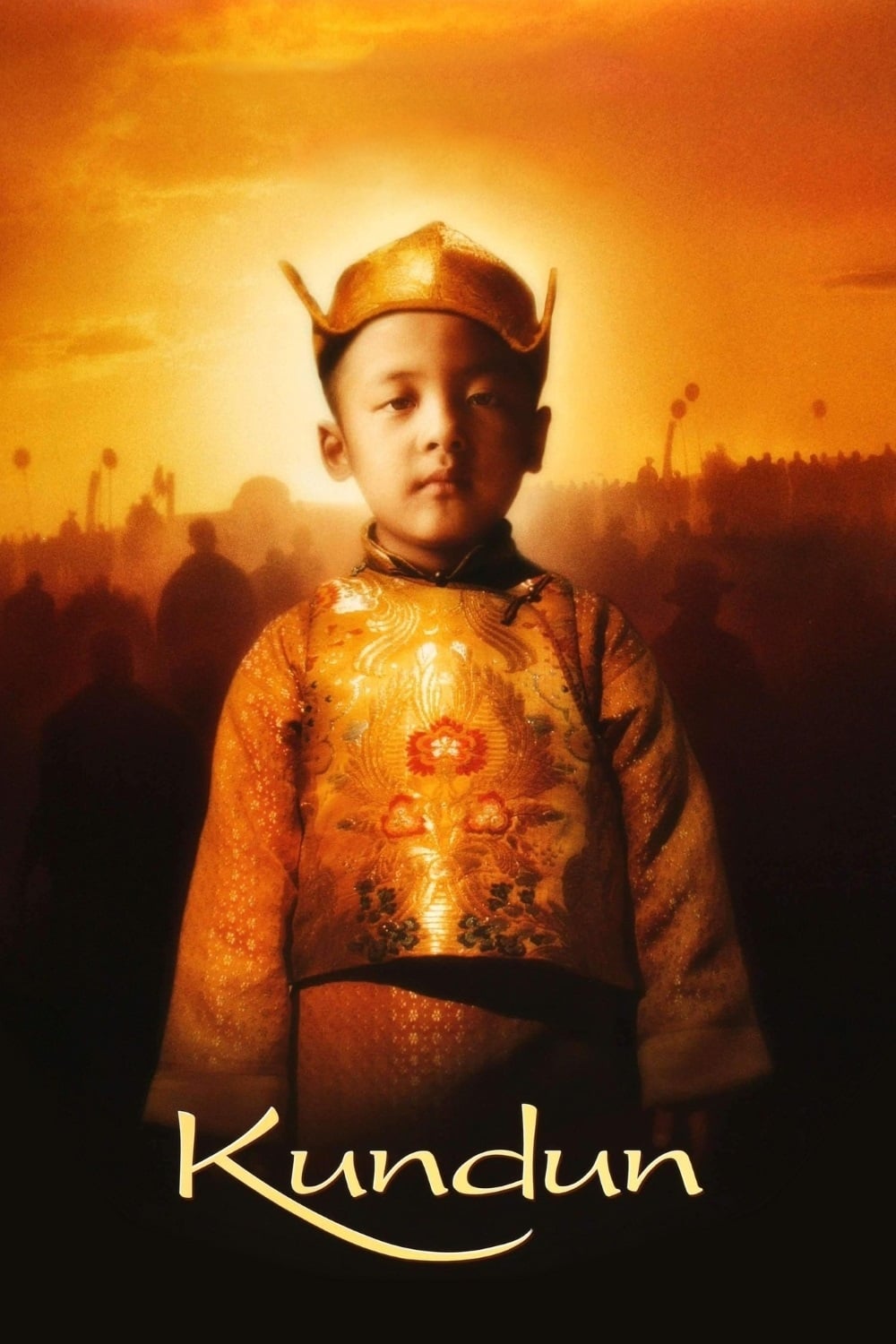 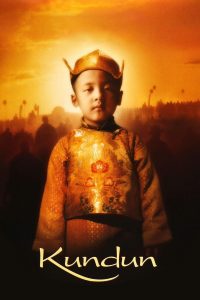 The Tibetans refer to the Dalai Lama as 'Kundun', which means 'The Presence'. He was forced to escape from his native home, Tibet, when communist China invaded and enforced an oppressive regime upon the peaceful nation. The Dalai Lama escaped to India in 1959 and has been living in exile in Dharamsala ever since.

The Tibetans refer to the Dalai Lama as 'Kundun', which means 'The Presence'. He was forced to escape from his native home, Tibet, when communist China invaded and enforced an oppressive regime upon the peaceful nation. The Dalai Lama escaped to India in 1959 and has been living in exile in Dharamsala ever since.

Collections: Martin Scorsese
Tagline: The destiny of a people lies in the heart of a boy.
Genres: Drama, History

The Tibetans refer to the Dalai Lama as ‘Kundun’, which means ‘The Presence’. He was forced to escape from his native home, Tibet, when communist China invaded and enforced an oppressive regime upon the peaceful nation.

From childhood to adulthood, Tibet’s fourteenth Dalai Lama deals with Chinese oppression and other problems.

Kundun is a 1997 American epic biographical film written by Melissa Mathison and directed by Martin Scorsese. It is based on the life and writings of Tenzin Gyatso, the 14th Dalai Lama, the exiled political and spiritual leader of Tibet. Tenzin Thuthob Tsarong, a grandnephew of the Dalai Lama, stars as the adult Dalai Lama, while Tencho Gyalpo, a niece of the Dalai Lama, appears as the Dalai Lama’s mother.

The film according to Roger Ebert was “made of episodes, not a plot” and he gave the film three stars out of four. Stephen Holden of The New York Times called the film “emotionally remote” but praised its look and its musical score. Richard Corliss praised the cinematography and score as well. Barry Norman, chief film critic at the BBC opined that Kundun was both beautifully and intelligently made.

“Kundun” (སྐུ་མདུན་ Wylie: sku mdun in Tibetan), meaning “presence”, is a title by which the Dalai Lama is addressed. Kundun was released only a few months after Seven Years in Tibet, sharing the latter’s location and its depiction of the Dalai Lama at several stages of his youth, though Kundun covers a period three times longer.

The film has a linear chronology with events spanning from 1937 to 1959;[2] the setting is Tibet, except for brief sequences in China and India. It begins with the search for the 14th mindstream emanation of the Dalai Lama. After a vision by Reting Rinpoche (the regent of Tibet) several lamas disguised as servants discover a promising candidate: a child born to a farming family in the province of Amdo, near the Chinese border.

These and other lamas administer a test to the child in which he must select from various objects the ones that belonged to the previous Dalai Lama. The child passes the test, and he and his family are brought to Potala Palace in Lhasa, where he will be installed as Dalai Lama when he comes of age.

During the journey, the child becomes homesick and frightened, but is comforted by Reting, who tells him the story of the first Dalai Lama–whom the lamas called “Kundun”. As the film progresses, the boy matures in both age and learning. After a brief power struggle in which Reting is imprisoned and dies, the Dalai Lama begins taking a more active role in governance and religious leadership.

Meanwhile, the Chinese communists, recently victorious in their revolution, are proclaiming Tibet a traditional part of Imperial China and express their desire to reincorporate it with the newly formed People’s Republic of China. Eventually, despite Tibet’s pleas to the United Nations, the United States, the United Kingdom, and India for intervention, Chinese Communist forces invade Tibet. The Chinese are initially helpful, but when the Tibetans resist Communist reorganization and reeducation of their society, the Chinese become oppressive.

Following a series of atrocities suffered by his people, the Dalai Lama resolves to meet with Chairman Mao Zedong in Beijing. While Mao publicly expresses his sympathies to the Tibetan people and the Dalai Lama, and insists that changes must be made as the Dalai Lama sees fit, relations inevitably deteriorate. During their face-to-face meeting on the final day of the Dalai Lama’s visit, Mao makes clear his socialist view that “religion is poison” and that the Tibetans are “poisoned and inferior” because of it.

Upon his return to Tibet, the Dalai Lama learns of more horrors perpetrated against his people, who have by now repudiated their treaty with China and begun guerrilla action against the Chinese. After the Chinese make clear their intention to kill him, the Dalai Lama is convinced by his family and his Lord Chamberlain to flee to India.

After consulting the Nechung Oracle about the proper escape route, the Dalai Lama and his staff put on disguises and slip out of Lhasa under cover of darkness. During an arduous journey, throughout which they are pursued by the Chinese, the Dalai Lama becomes very ill and experiences two personal visions, first that their trip to India will be propitious and that, similarly, their eventual return to Tibet will also be propitious. The group eventually makes it to a small mountain pass on the Indian border. As the Dalai Lama walks to the guard post, an Indian guard approaches him, salutes, and inquires: “Are you the Lord Buddha?” The Dalai Lama replies with the film’s final line: “I think that I am a reflection, like the moon on water. When you see me, and I try to be a good man, you see yourself.” Once the Dalai Lama arrives at his new residence, he unpacks his telescope and steps outside. Erecting it and removing his spectacles, he gazes through it toward the Himalayas–and toward Tibet. The film concludes with two lines printed on screen: “The Dalai Lama has not yet returned to Tibet. He hopes one day to make the journey.” The words shimmer into a dissolve upon the black screen as the credits begin. [wikipedia]