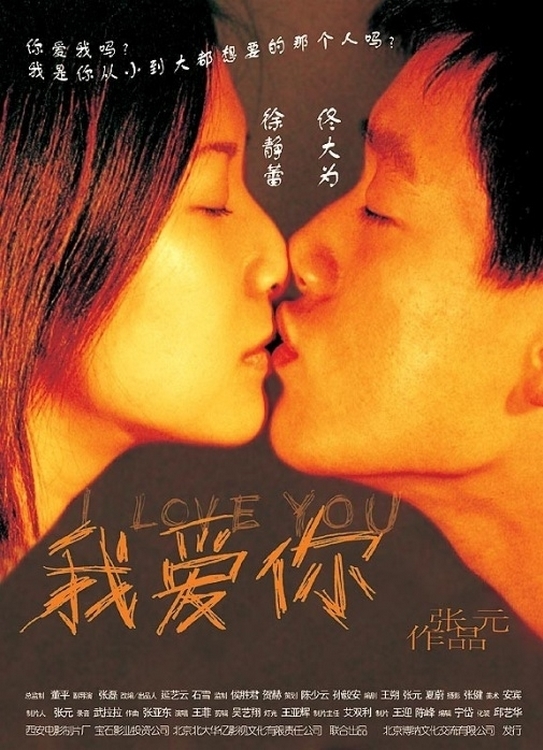 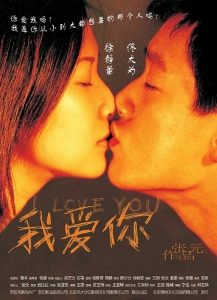 This powerful dark psychological drama has proved to be the biggest box office success yet for former indie director Zhang Yuan.

I Love You dares to go deeper than any Chinese commercial film yet into the treacherous emotional territory of a mutually dependent couple falling out of love.

Based on hugely popular Beijing novelist Wang Shuo’s Get a Kick and Die, I Love You is part drama, part thriller. Xiao Ju (Xu Jinglei, one of China’s most popular – and most talented – young actresses), grieving over the death of her fiancé, quickly takes up with Wang Yi (actor and model Tong Dawei).

These two young Beijingers fall precipitously in love: he visits her room, then her bed, and almost instantly they are married… Then trouble comes, in short order. As little things start to go wrong – he can’t stand her makeup, she imagines he is attracted to her friends – the marriage turns from a fantasy to a trap neither knows how to escape. Love evolves into obsession, jealousy, violence, and truly outrageous behaviour.

The power of the young actors’ performances is remarkable, considering they largely improvised their extended tension-laden scenes. Xu Jinglei throws herself in a brave, powerful performance that strips away her character’s civilized veneer to show the raw desire and desperate fear that lie just underneath, and Tong Dawei provides more than capable support. Zhang Yuan’s masterfully subtle camera never lets go of his protagonists for an instant, combining elegant observation with bravura long takes that draw the viewer deep into the characters’ psyches.

Sure to provoke discussions and arguments, the film provides no easy answers. But it is virtually impossible to avoid being drawn, with a voyeur’s excitement and nervousness, into the passions that engulf this most daring of Chinese commercial films.