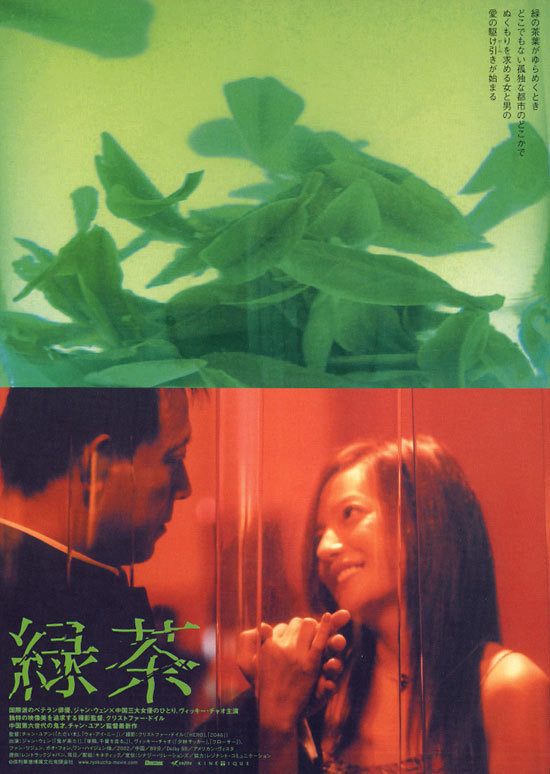 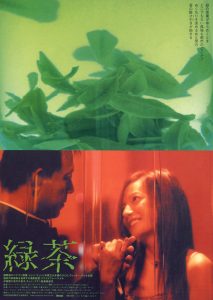 Zhang Yuan’s romantic comedy Green Tea is a visual treat. Bright, vibrant, and stylish, it is saturated with a light that only its virtuoso cinematographer Christopher Doyle can create.

It’s white-hot and jazz-cool, conjuring a Beijing that we’ve never seen before. This is Doyle’s first collaboration with former indie maverick director Zhang (but in 1993 he co-produced Zhang’s Beijing Bastards), and the pair take a deceptively slight script and make it sing. Wu Fang (Zhao Wei) is an exquisitely repressed comp lit grad student. Chen Mingliang (Jiang Wen) is a fast talking rascal who, after a blind date, somehow manages to break through her reserve. She starts to spin a fantastic story from her past, about a fortune teller, a mortician, and a paranoid schizophrenic.
When Mingliang encounters sultry lounge pianist Lang Lang, who bears a rather implausibly strong resemblance to Wu Fang, his world becomes as unbalanced as her story. Is he in love with two women? The same woman in two guises? The film is a playful puzzler; but first it’s a sparkling exercise in popular cinema, cleverly designed to give Chinese audiences the pleasure of watching two of their biggest stars. Zhao Wei is China’s “it girl” of the moment. She pulls off a double role with aplomb; brilliantly hinting at inner emotions with quiet gestures.
Jiang Wen confirms that he’s the premiere stage-stealing actor of his generation: never less than a joy to watch on screen. Style spotters can register trendy Beijing circa 2003: hot painter Fang Lijun, the cafés and lofts in Beijing’s newest art gallery district, all set in a strangely dreamlike, empty ultra-modern city that may exist only in the imaginations of the two main characters, who spin an increasingly surreal dreamscape around the shards of their contemporary romance.
Shelly Kraicer