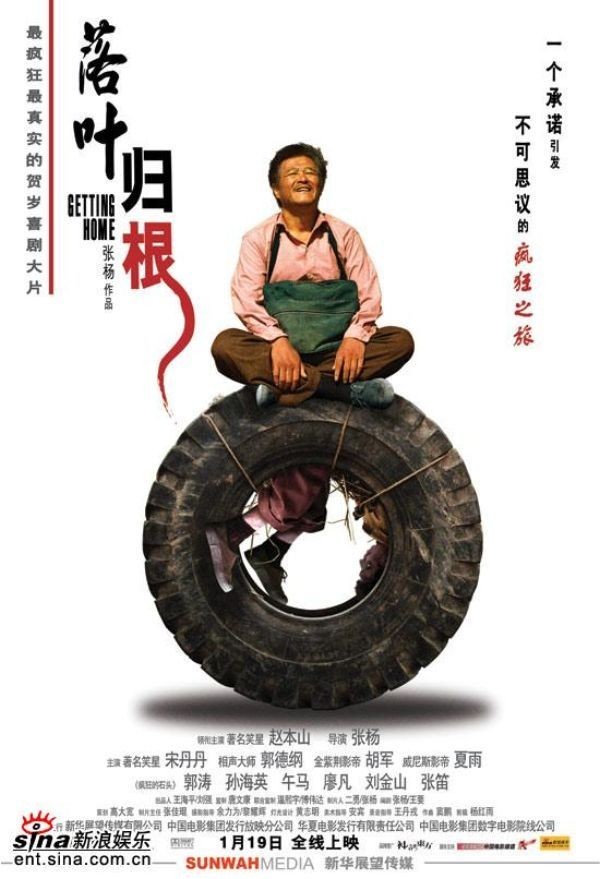 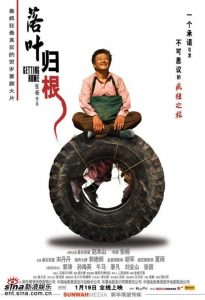 Inspired by a news report about a man who tried to carry the corpse of his friend back to his hometown for burial, Zhang Yang’s new film is a road movie with a delicious, bittersweet flavor.

China’s most popular stage comic Zhao Benshan stars as the man with an extraordinary mission. The many people he meets on the road (some helpful, some anything but) are played by a spectacular array of guest stars, including several of the best-known faces in Chinese movies.

The middle-aged Zhao is one of countless villagers from all over China who have migrated to Shenzhen, the new boom-town near the border with Hong Kong, to earn relatively good wages as laborers.

One evening Zhao is out drinking with his friend Liu Quanyou when he realises that Liu has not merely passed out but actually passed away.

Liu once promised Zhao that he would carry his corpse home for burial if he happened to die in Shenzhen, and so Zhao is unshakeably convinced that he must do the same for Liu.

The long journey to Liu’s home village (near Chongqing, in the area due to be flooded when the Three Gorges Dam is fully operational) begins on a bus — with Liu’s corpse posing as a passenger who is very deeply asleep. When the packed bus is held up by robbers, Zhao’s story touches the heart of the gang boss, who calls off the robbery.

But once the journey resumes, the ungrateful passengers complain about travelling with a corpse. Zhao is forced to continue his journey on foot, carrying the corpse on his back. He puts on a show of trying to resuscitate Liu to attract sympathy and help from passing drivers, one of whom eventually gives them a lift.

During an overnight stay in a truckers’ hostel, Zhao’s meagre savings are stolen and he threatens to call the police, only to back down when he realizes that the cops would be more interested in Liu’s corpse. His u-turn catches the attention of a taciturn trucker who agrees to give Zhao and Liu a ride in the direction of the Three Gorges.

The trucker turns out to have a hole in his heart where his fiancée jilted him, but Zhao’s sound advice snaps him out of his self-pity. He takes Zhao and the corpse as far as possible along their road.

Penniless and hungry, Zhao joins a funeral parade posing as a mourner, leaving Liu’s corpse disguised as a scarecrow in a field.

Stuffing himself with food after the ceremonies, he is amazed to be approached by the man he has been mourning — a rich but lonely man who staged his own funeral simply to enjoy the illusion of having many friends.

Hearing Zhao’s story, the man provides some herbs to slow the rate of Liu’s decomposition and a small haycart to carry the corpse. Zhao is next helped on his way by a back-packer cyclist, a breezy young man who is determined to cycle up some of China’s highest peaks before he reaches the age of 28.

Soon after, an accident with the haycart leads Zhao to discover some cash that Liu kept concealed in his shoe.

Remembering that Liu always pleaded abject poverty, Zhao decides to spend the money on hiring a car to take them the rest of the way.

He agrees a deal with a van-owner who drives a hard bargain, but then runs foul of a small-town restaurateur who massively overcharges him for a simple meal and has three tough-looking thugs to back up his demand for payment.

The altercation incidentally reveals that Zhao has been carrying a wad of forged banknotes; the compensation payment for Liu’s death was in fact fake.

Zhao is so dispirited by the discovery that he attempts suicide, but he’s rescued and fed by an idealistic beekeeper and his wife, who have a surprising history. He next reaches a small city, hides Liu’s body in a large concrete tube, and tries to earn some money by selling his blood — only to be rejected because he has Hepatitis B.

A man who trades in black-market blood tries to snare him, but the premises are raided by the police even as Zhao tries to get away.

Zhao and other would-be blood-sellers are placed in an ‘Aid Center’ where they are cleaned up and lectured to.

The inmates are told to entertain each other with performances in the evening; during his ‘ventriloquism’ act, Zhao finds himself falling for a beautiful middle-aged woman who subsists by scavenging while she tries to see her son through college.

She is so touched by his affection that she gives him her savings, and he promises to come back for her.

Zhao returns to the corpse just in time to see the sections of concrete tube loaded onto trucks for transportation into the deep countryside, where a new highway is under construction.

He stows away on the truck and rides with the corpse, then goes even further with the help from the drivers of various road-building vehicles. Finally, though, the road is closed by a landslide.

Zhao tries to go forward on foot, carrying the corpse, but collapses.

He wakes in hospital, where a kindly old cop (who has checked out the circumstances of Liu’s death) advises him that his project to take Liu home has been illegal. The cop supervises Liu’s cremation, and then helps Zhao to take the ashes to Liu’s home village. There, a saddening discovery awaits them…

Getting Home (落叶归根; Lùo yè gūi gēn) is a 2007 Chinese comedy/drama film directed by Zhang Yang and starring Chinese comedian Zhao Benshan. It is episodic and follows two workers in their 50s, Zhao (Zhao Benshan) and Liu (Hong Qiwen). The film opens when Liu unexpectedly dies after a night of drinking and Zhao decides to fulfill a promise to his friend to get him home, beginning a long odyssey from Shenzhen to Chongqing with Liu’s corpse on his back. Along the way, Zhao meets a variety of figures, played by several of China’s better known character actors.

Getting Home is Zhang Yang’s fifth feature film. It was produced by Filmko Entertainment of Hong Kong and the Beijing Jinqianshengshi Culture Media company of the People’s Republic of China. International sales and distribution was by Fortissimo Films out of Amsterdam.

Getting Home’s original title derives from a Chinese proverb meaning “A falling leaf returns to its roots.” It is apparently based on a true story.

Though the film documents Zhao’s journey from Shenzhen to Chongqing, the majority of shooting took place in Yunnan, a Chinese province in the southwest. [Wikipedia]