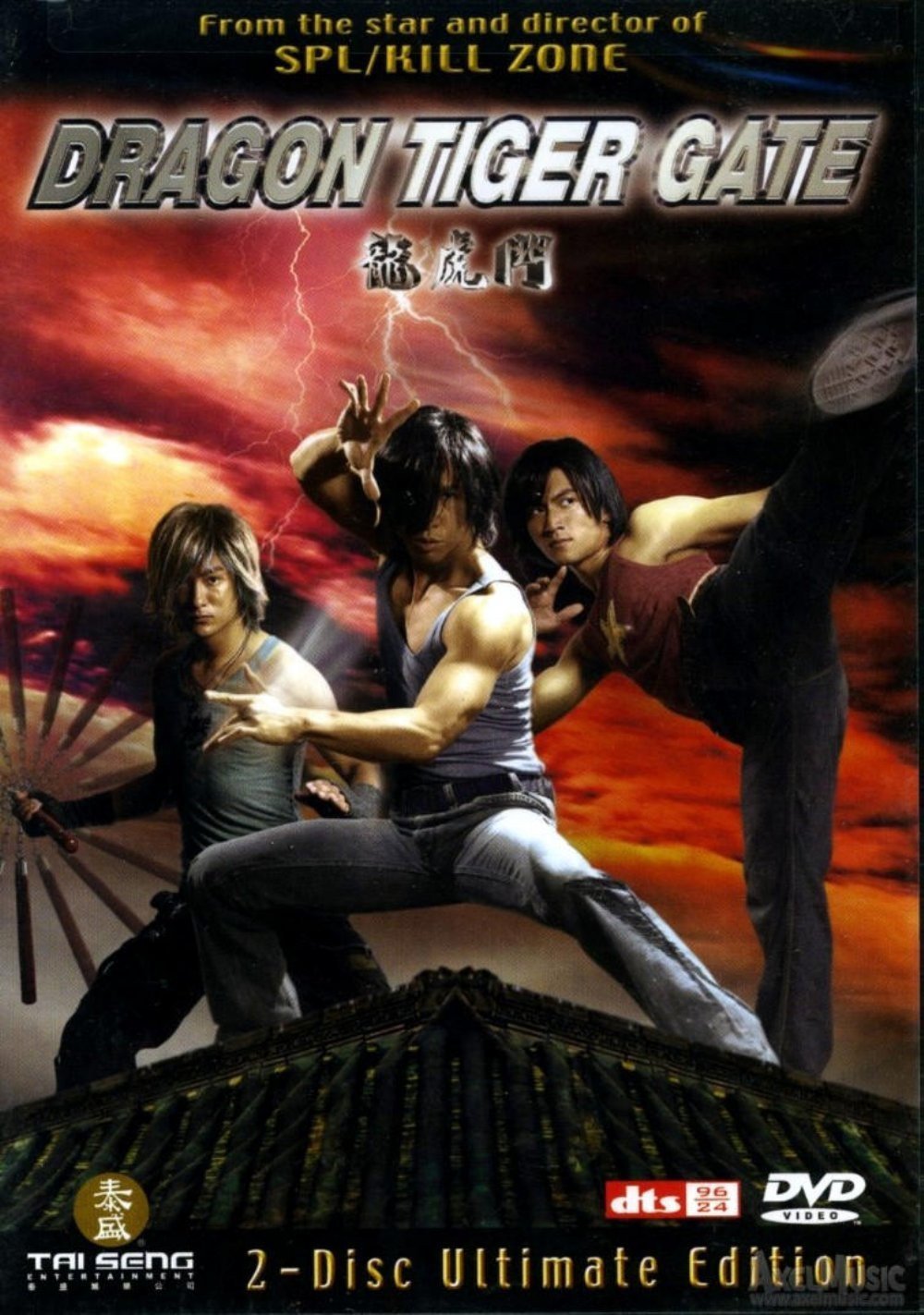 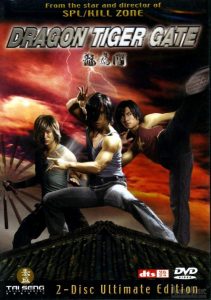 Dragon Tiger Gate is a 2006 Hong Kong martial arts action film directed by Wilson Yip and featuring fight choreography by Donnie Yen, who also stars in the film. The film is based on the manhua Oriental Heroes, which bears the same Chinese title as the film. The film’s release in all English-speaking territories is handled by The Weinstein Company.

A punching bag constructed for the film, measuring about 8 feet (2.4 m) high, 5 feet (1.5 m) wide and weighing about 400 pounds was certified as the world’s largest by Guinness World Records.

Dragon Tiger Gate is an academy established by two powerful martial artists. The academy aims to train students in martial arts in order to uphold justice and combat the threat of the triads. The academy is also a haven for children who had been orphaned by triads.

The story begins with the two sons of Wong, one of the founders of the academy, who were each born to different mothers. The older is named Dragon and the younger is named Tiger. When the boys were young, Dragon’s mother left the academy and gave Dragon half of a Jade amulet pendant and told him that his half-brother, Tiger, has the other half. When Dragon’s mother was killed in a fire, Dragon was taken into the care of triad boss, Ma Kun, and he grew up to become his bodyguard. Ma Kun’s gang is a subject of the evil Luocha Cult.

Several years later, Tiger and his friends are dining in a restaurant and encounter Ma Kun and his men, who are receiving the Luocha Plaque. The plaque is a symbol of authority within the Luocha Cult and indicates that the holder is second only to the cult’s leader, Shibumi. Ma Kun and the leader of the White Lions Gang were arguing over the plaque when Tiger accidentally interrupts the meeting. One of Tiger’s friends makes off with the plaque while Tiger starts a fight with the gangsters. Just then, Dragon appears and fights Tiger, whom he does not recognize to be his half-brother. Ma Kun calls for Dragon to pull back.

Later that night, Dragon confronts Tiger and his friends at a Japanese restaurant to take back the plaque. Tiger and his friends have been drugged by Scaly, another of Ma Kun’s lackeys, who also wanted to seize back the plaque to prove to his boss that he is the better man. Scaly and his followers fight Dragon over possession of the plaque. Turbo Shek, another diner at the restaurant, is aroused by the commotion and he joins the fight on Dragon’s side. Dragon and Turbo defeat Scaly and his men and Dragon takes back the plaque from Tiger. Just then, Tiger discovers that Dragon has the other half of the jade amulet pendant and realizes that Dragon is actually his half-brother.

Turbo follows Tiger back to Dragon Tiger Gate, wanting to be enrolled into the academy to improve his martial arts. He is refused by the current leader of the academy, Master Wong, for his arrogance. Dismayed, Turbo waits outside the academy and promises not to leave unless he is accepted in as student. Master Wong agrees to spar with Turbo and defeats Turbo easily. Turbo is humbled and accepted by Master Wong as a student.

Meanwhile, Ma Kun returns the Luocha Plaque to signify his retirement. He is supported by Dragon, who wants to return to Dragon Tiger Gate, and his daughter Ma Xiaoling, who wants a simple life. Shibumi sees this as an insult and sends his henchmen, the Double Devils, to kill Ma Kun. He uses his subordinate Lousha to lure Dragon away while his minions kill Ma Kun. Dragon returns to rescue Ma Kun but is too late. Dragon slays the Double Devils after a vicious fight and leaves Ma Xiaoling in his brother’s care before leaving.

Shibumi was impressed with Dragon for defeating his henchmen and goes to Dragon Tiger Gate to issue a challenge. With Dragon not present, Master Wong, Tiger and Turbo takes on Shibumi’s challenge but were utterly defeated. Master Wong is killed by Shibumi while Tiger and Turbo are severely wounded. Ma Xiaoling brings Tiger and Turbo to Mount Baiyun to seek help from Master Qi. Master Qi heals the wounded Tiger and Turbo, and teaches them new martial arts techniques to fight Shibumi.

Tiger and Turbo storm into Shibumi’s Black Pagoda to stop him from committing evil acts once and for all. Although their martial arts abilities have greatly improved since the last time they fought, they are still no match for Shibumi. At the critical moment, Dragon appears and fights Shibumi, eventually killing him with his Eighteen Subduing Dragon Palms technique. Before the film ends, Dragon returns to Dragon Tiger Gate together with Tiger and Turbo (who decides to change his name to Leopard) to carry on Master Wong’s legacy.