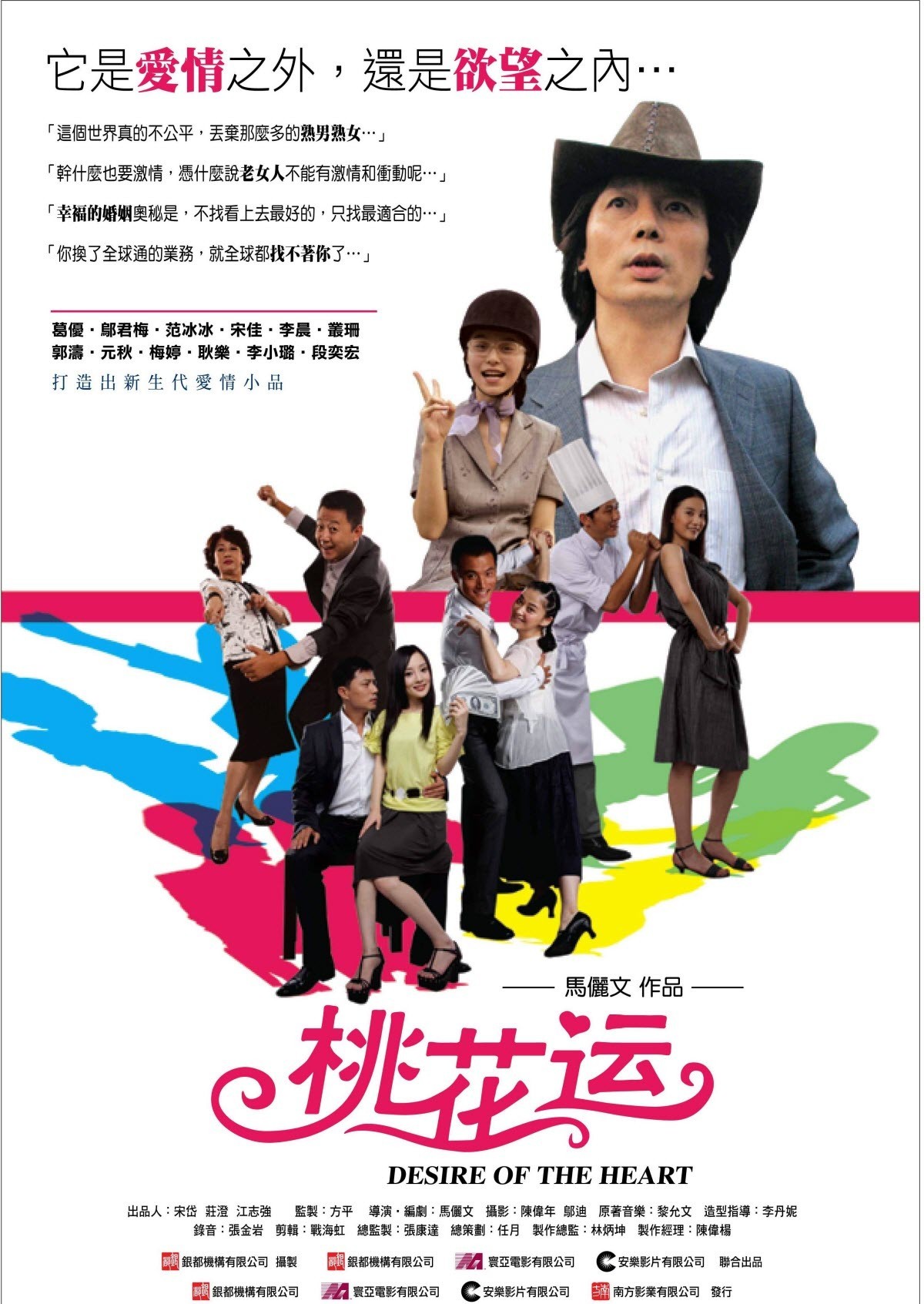 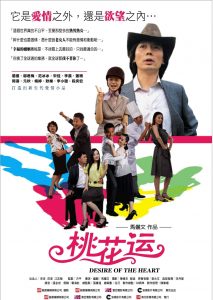 Something special must be in the air in Beijing these days: this year’s most successful Chinese commercial films are all about love. Feng Xiaogang’s If You Are The One, Tsui Hark’s All About Women, and Ma Liwen’s Desires Of The Heart, all featured at this year’s FEFF, are three contemporary love stories, three tales differently told. But all of them focus on the travails, hopes, fantasies, and disappointments of the love lives of young urban professionals, trying to navigate their way through modern China’s new global urban spaces and internationalized life styles.

Ma Liwen’s new film, like her previous works shown here at FEFF (Gone Is The One Who Held Me Dearest In The World, 2003, and You And Me, 2006) are completely focused on women. Ma’s films insist on seeing the world through women’s points of view, and Desires Of The Heart gives us no less than five of them. Five different women each has her own love story; each is played by a movie star who brings her own special character to the part. The heart of the film is Shanghai actress, Vivian Wu, famous from Peter Greenaway’s The Pillow Book. Wu is simply magnificent as Ye Shengying, a divorced middle-aged woman who, still fighting with her miserable ex, finds herself swept off her feet by an extraordinarily attentive Ge You. Ge, China’s premiere comic actor, sports here an extraordinarily extravagant hairpiece: FEFF audiences will be used to his rather more bald countenance in various Feng Xiaogang films. Wu gives a beautifully subtle, convincing performance that anchors the more comic and playful plotlines. It’s her best work so far.

1970s Hong Kong action star Yuan Qiu (recently memorable in Stephen Chow’s Kung Fu Hustle) plays a 55-year-old seamstress Gao Yajuan who, in the prime of her life, finds a younger man (Guo Tao, subtly comic) who is almost too loving, attentive, and devoted to be true. Glamorous young sylph Li Xiaolu (Blood Brothers, 2007) is a rising star: here she has fun with her role as young office worker Xiaomei, who focuses, laser-like, on landing the richest bachelor available. Her target turns out to be suave Chinese heartthrob Duan Yihong. Actress/director Mei Ting, sporting a more traditional, demure look, plays the more innocent Zhang Ying, who finds it difficult to navigate between purity and passion in her affair with macho Geng Le. Finally, new sultry TV and film star Song Jia (Curiosity Killed The Cat, 2006; and John Woo’s Red Cliff, 2008-9) plays slightly against type as a naive young heiress who finds Mr. Right in the unlikely person of a superb young chef, fresh from the countryside (Li Chen). And, just for fun, there’s an almost unrecognizable cameo of China’s most famously gorgeous film star right near the end (we won’t spoil it here, but she starred in both Cell Phone at FEFF 2003 and The Matrimony, FEFF 2007).

Set in picturesque seaside city Dalian, on China’s east coast, Desires Of The Heart expertly weaves its five stories together with lightening quick, cleverly juxtaposed editing. The troubled history of the film’s production is cleverly disguised: originally set to be focused on Ge You’s character and his affairs with five women, the film had to be re-conceived after he left the production, and the resultant happy solution, financed by three Hong Kong film companies, pins the Vivian Wu-Ge You drama at the centre of its fast-moving kaleidoscope of women’s experience. Ma Liwen’s female point-of-view gives a fresh, thoughtful direction to her developing filmmaking sensibility: it’s thoroughly commercial, though not at all condescending, in its dedication to entertaining a broad Chinese audience with an individual voice.