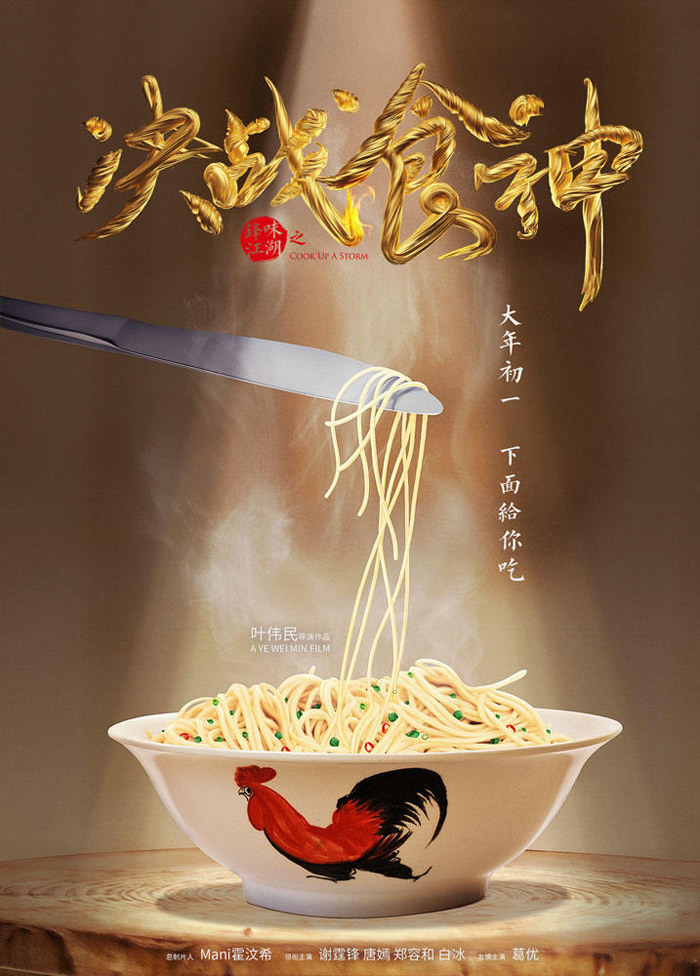 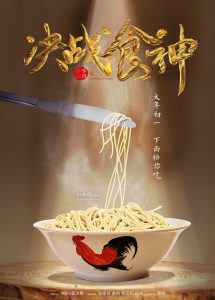 A Cantonese street cook and his chief rival, a French-trained Michelin-starred chef, discover they have a lot in common as they prepare for a world-famous culinary competition. An international culinary competition becomes a battleground between rival cooks, one famous for his Cantonese street food and the other a Michelin-starred chef trained in France. But their rivalry takes an unexpected turn when they discover a common foe and combine their skills in a fusion of East and West.

A Cantonese street cook and his chief rival, a French-trained Michelin-starred chef, discover they have a lot in common as they prepare for a world-famous culinary competition. An international culinary competition becomes a battleground between rival cooks, one famous for his Cantonese street food and the other a Michelin-starred chef trained in France. But their rivalry takes an unexpected turn when they discover a common foe and combine their skills in a fusion of East and West.

Cook Up a Storm (Chinese: 决战食神) is a 2017 Hong Kong-Chinese comedy film directed by Raymond Yip and starring Nicholas Tse, Jung Yong-hwa, Ge You and Tiffany Tang. It was released in China on February 10, 2017.

The story focuses on two young talented chefs, Sky Ko (Nicholas Tse), a southern-style Chinese chef, and Paul Ahn (Jung Yong-hwa), a Michelin-starred Korean chef trained in France. Both with reasons to climb the culinary ladder as top chefs. In the past, when Sky was ten years old, his father, Mountain Ko ( Anthony Wong), left him behind with his friend, Uncle Seven (Ge You), master chef of Seven Restaurant. When asked why, Mountain told Sky that he has no talent as a cook and Mountain would only take him back if he can prove to be a great cook. In reality though, Mountain chose to pursue his culinary career over being a father and made the excuse that Sky can’t even make a decent bowl of noodles right to make him a worthy son. Because of that, Sky spent the next twenty years to become a great chef under Uncle Seven’s training. On the other side, Paul made a promise to his dying father that he would become a great cook. Through that journey, he became a highly successful chef in Europe and decided to run his own restaurant in Hong Kong, Stellar. However, this would bring conflicts to both Paul and Sky.

In an old area of Hong Kong, Sky is now an acclaimed chef at Seven. However, the Li Management Group arrived and started buying various properties of the old sector, including developing Stellar for Paul. The opening of Stellar proved to be a threat to Sky as these two chefs find themselves fighting for the best ingredients in the markets and maintaining their clientele. Stellar’s fine haute cuisine represented a form of aggressive gentrification to the neighborhood and a threat to traditional Chinese cuisine. Their rivalry began with a challenge for the best fish and the culinary masters agreed to face each other in a culinary duel. Sky made a traditional salt-baked duck while Paul made a foie gras sorbet. While both tied in points, the judges gave victory to Paul as his dish presentation was superior to Sky’s bland plating. Although the victory should’ve solidified Paul’s abilities as a cook, things didn’t go as expected.

Mayo is Paul’s sous chef and girlfriend. It was while celebrating their victory that the manager of Li Group tells Paul he wants to replace him with Mayo, reasoning that a woman is far more appealing on media than a man. Betrayed and confused, Paul tried to defend his position as head chef, but Mayo exposed his dark secret: he can’t taste everything. Paul has problems tasting certain flavors, especially saltiness. To compensate, he would utilize a notebook that contains all his recipes and have others test taste to compensate for his poor sense of taste. To make matters worse, the manager announces that he and Mayo are romantically involved. Mayo explained to Paul that she never loved him and only sided with him to surpass him. Now that she can take the title as executive chef of Stellar, she doesn’t need Paul anymore. Angry that he has lost everything, Paul left.

It was while at an event stadium, Sky would bump into Paul drinking. Both shared their past and troubles and found mutual respect for each other. Both have a common goal of reaching to the culinary top and decided to team up. At Seven, the Li Group wants Uncle Seven to sign away his restaurant as the group is buying off the old sector to make it their own. Unrelenting to surrender, Uncle Seven refused. It was then Paul and Sky appeared, announcing their partnership. Paul reminded the manager that he was the winner of the competition, which makes him eligible to compete at the culinary championship, not the Li Group. Surprised by that technicality, the Li Group left, not before the manager called Paul a traitor. Sky would train Paul in the ways of Chinese cooking as well as developing Paul’s limited palate to help create something new for the competition.

In Macau, at the Studio City Casino, attending the 7th International Culinary Competition, Sky and Paul use both their culinary strengths to compete against four other great chefs. Whoever wins the competition will gain the chance to face the current God of Cookery, Mountain Ko. In this competition, they have a French team, Indian team, a Japanese chef, and Mayo to face off. Mayo somehow still got into the competition and now uses her training against Paul. The French team made a roasted squab dish, the Indian team made a five-flavor curry, the Japanese chef made koi nigiri, Mayo made an oyster dish with frozen foam, and the duo made a deconstructed mapo tofu. Paul used Sky’s sense of taste to help him determine the flavor of the ingredients they used to cook and Sky relied on Paul’s knowledge of molecular science and culinary artistry to create a traditional dish with a modern design. The winner goes to Paul and Sky. Although Paul had limited tasting ability, his artistry and cooking imagination exceeds Mayo and she lost, visibly embarrassed.

The next round is to face Chef Ko. Paul pointed out only one chef can compete against Mountain and he realized Sky’s desire to beat Mountain was a very personal one. Grateful he managed to make it this far with his condition, Paul gave Sky the chance to face his father. In the final competition, Sky finally faces his father and the judges allow the two to cook anything they wanted as long as it is considered the highest expression of cooking. While Mountain began cooking, Sky was at a stand, thinking about how Seven and the people in the neighborhood means the most to him. Mountain angrily splashed water at his son’s face, demanding him to focus and show him something. Mountain created a beautiful artistic sugar display of molten lava with a single flower on top. Sky went for something far more personal, it was a personal interpretation of the original noodle dish that Mountain made all those years ago before abandoning Sky. Before the judges could even score the dish, Sky gave the bowl of noodles to Mountain and he was moved as he remembered what the noodles meant. Acknowledging his skills as a chef, Mountain called his son brilliant before Sky walked off the stage. Mountain would continue to emotionally eat his noodles, unclear of a victor.

Some time has passed and the people at Seven are getting ready for a poon choi Chinese New Year party with the neighborhood’s people. The fate of everyone and everything is unknown. The ultimate winner of the culinary championship was never answered, only suggesting Mountain conceded to his son, making him the default champion. The fate of Stellar and Mayo is unknown and how things turned out between Sky and Mountain was also left unclear. The fate of Seven was also left open as the Li Group intends to buy and redevelop the entire neighborhood. The movie ends with the Seven staff burning firecrackers and announced We wish you all 2017 a happy rooster year! Much of the ending is left to personal interpretation. [wikipedia]