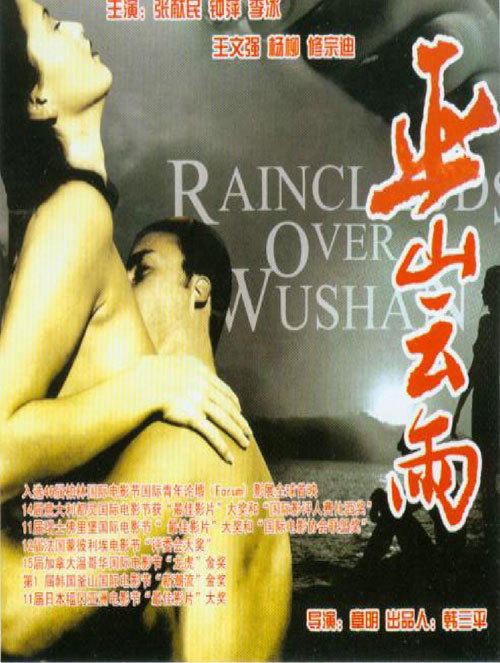 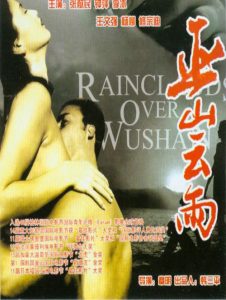 The film follows the lives of two lonely people living in Wushan on the banks of the Yangtze River during the construction of the Three Gorges Dam.

The satirical portrayal of rural life is considered part of the sixth generation movement that began in the early 1990s. Unlike many other films of the movement, however, Rain Clouds over Wushan was produced with help from the state-run Beijing Film Studio.

Mai Qiang (Zhang Xianming) is a lonely thirty-year-old river signalman living in Wushan, on the banks of the Yangtze River. Lonely, he is pushed to meet women by his more socially adept friend (Wang Wenqiang). One day, after getting drunk, he meets a young widow, Chen Qing (Zhong Ping). Chen, works in a small inn destined to be flooded when the Three Gorges Dam is complete and dreams of a better life. Mai, thinking she is the woman he dreams of every night, forces her to have sex but is shamed by his actions when he realizes what he has done the next morning. Chen informs the police and Mai is arrested. Chen, however, decides to tell the police that she has consented to the sex, saving Mai and bringing disdain upon herself.

Since its release in 1996, Rainclouds over Wushan has slowly gained a reputation as a key film in the sixth generation movement of Chinese cinema. It was, for example, part of a retrospective by the Harvard Film Archive as part of its retrospective on the so-called “Urban Generation” in 2001. It was also screened at other retrospectives throughout the United States, including the UCLA Film Archive’s 2000 “New Chinese Cinema: Tales of Urban Delight, Alienation and the Margins” retrospective.

Internationally, the film was screened at several film festivals, notably winning a Dragons and Tigers Award from the Vancouver International Film Festival in 1997, an honor it shared with the South Korean film, The Day a Pig Fell Into the Well. Additionally the film won a FIPRESCI prize at the Torino Film Festival, as well as the Best Feature Film award. [wikipedia]