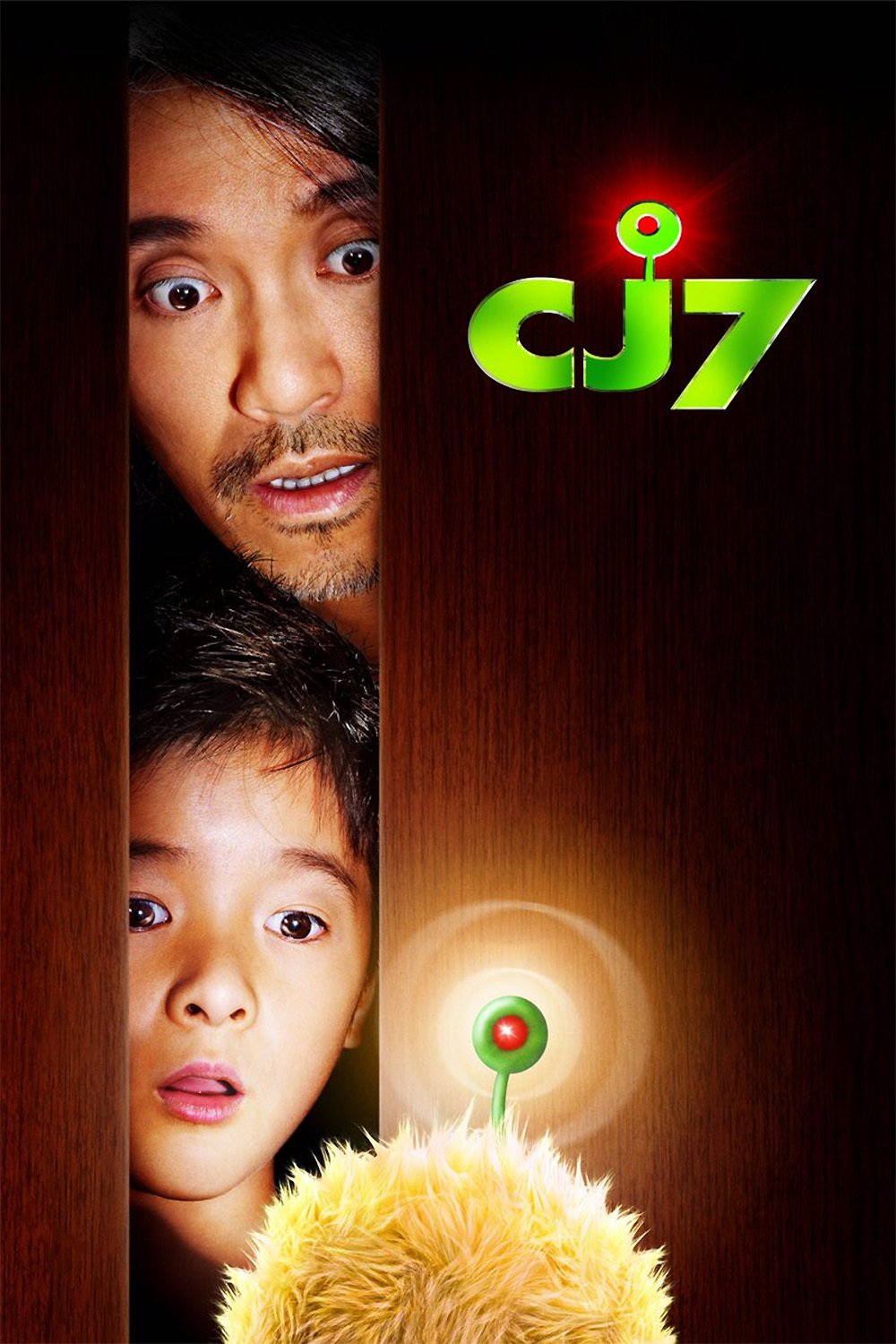 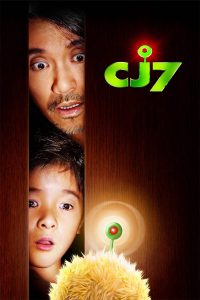 CJ7 (Chinese: 長江七號; Cantonese Yale: Cheung gong chat hou) is a 2008 Hong Kong–Chinese science fiction comedy-drama film co-written, co-produced, starring, and directed by Stephen Chow. It was released on 31 January 2008 in Hong Kong. It was also released on 14 March 2008 in the United States.

In August 2007 the film was given the title CJ7, a play on China’s successful Shenzhou manned space missions—Shenzhou 5 and Shenzhou 6. It was previously known by a series of working titles—Alien, Yangtze River VII, Long River 7 and most notably, A Hope.

CJ7 was filmed in Ningbo, in the Zhejiang province of China.

Chow Ti is a poor construction worker. He lives in a partially demolished house with his nine-year-old son, Dicky. Ti is eager to save money so he can continue sending his son to private school. However, Dicky is often bullied by other children and chided by his teachers at school.

One day, while at a department store, Dicky begs his father to buy him a popular robotic toy called CJ1. Ti cannot afford it, and the situation ends badly when Ti spanks the stubborn Dicky in front of other customers. Dicky finds comfort in Ms. Yuen, his schoolteacher, who is passing by. That night, Ti visits the junkyard where he often picks up home appliances and clothes for Dicky. He finds a strange green orb and takes it home, telling Dicky that it is a new toy. He is hesitant at first, but later accepts it. The following evening, the green orb transforms into a cuddly alien creature that befriends Dicky. After playing with the alien, he names the alien “CJ7”, and then falls asleep. He dreams that the alien will help him gain popularity and good grades at school.

When a group of students see the alien with Dicky they forcibly take it and try to cut it but nothing seems to work. At last they try to use a drill and Dicky jumps on them. Dicky tries to hit one of the students but a fat boy stops him who in turn is stopped by Maggie, a fatter and much larger girl. They are then punished for fighting. When the teacher, Mr. Cao leaves, CJ7 comes out from hiding and Dicky gets it to perform tricks for the other students and they are awed. Dicky thanks Johnny, the leader of the group of students, for not letting Mr. Cao know about CJ7. They shake hands and agree to not let the adults know about it.

At the construction site Ti shows everyone Dicky’s test paper in which he scored a 100. His boss tells him that Dicky changed the marks from 0 to a 100 and is a cheater. Then Ti threatens his boss that if he continues saying his son cheated he will hit him. This results in a fight that leads to Ti running off while his boss shouts after him that he is fired. Ti meets Dicky at home and gets angry with him for lying. He takes CJ7 from him, saying he does not get to play since he does not work hard. When Dicky tells Ti to leave him alone, he promises he will if Dicky can score more than 60 on his own effort.

The next day Ti comes to Dicky’s school to give him his lunchbox. There he meets Ms. Yuen, who offers to help Dicky study. Ti goes back to his boss and apologizes; his boss does the same and gives him his job back. At work, an accident happens and Ti dies. Ms. Yuen tells Dicky about it just when he gets his test result in which he scores 65 – as promised, his father has left him alone.

The alien, still in the backpack which is now under the table on which Ti’s dead body is lying, gets out of the backpack and uses his repairing power on the body, even though he knows it will take his full power and he will die.

The next morning Dicky finds Ti sleeping next to him. The alien comes out of the backpack, and lies on the table, powerless. The ball inside his antenna falls and disintegrates, and he turns into a doll. They try many ways to get him back but are unsuccessful.

In the end, Dicky sees a UFO landing and many other alien dogs like CJ7 of different colors and patterns come out and realizes that that the CJ7s are headed by his very own toy. [wikipedia]