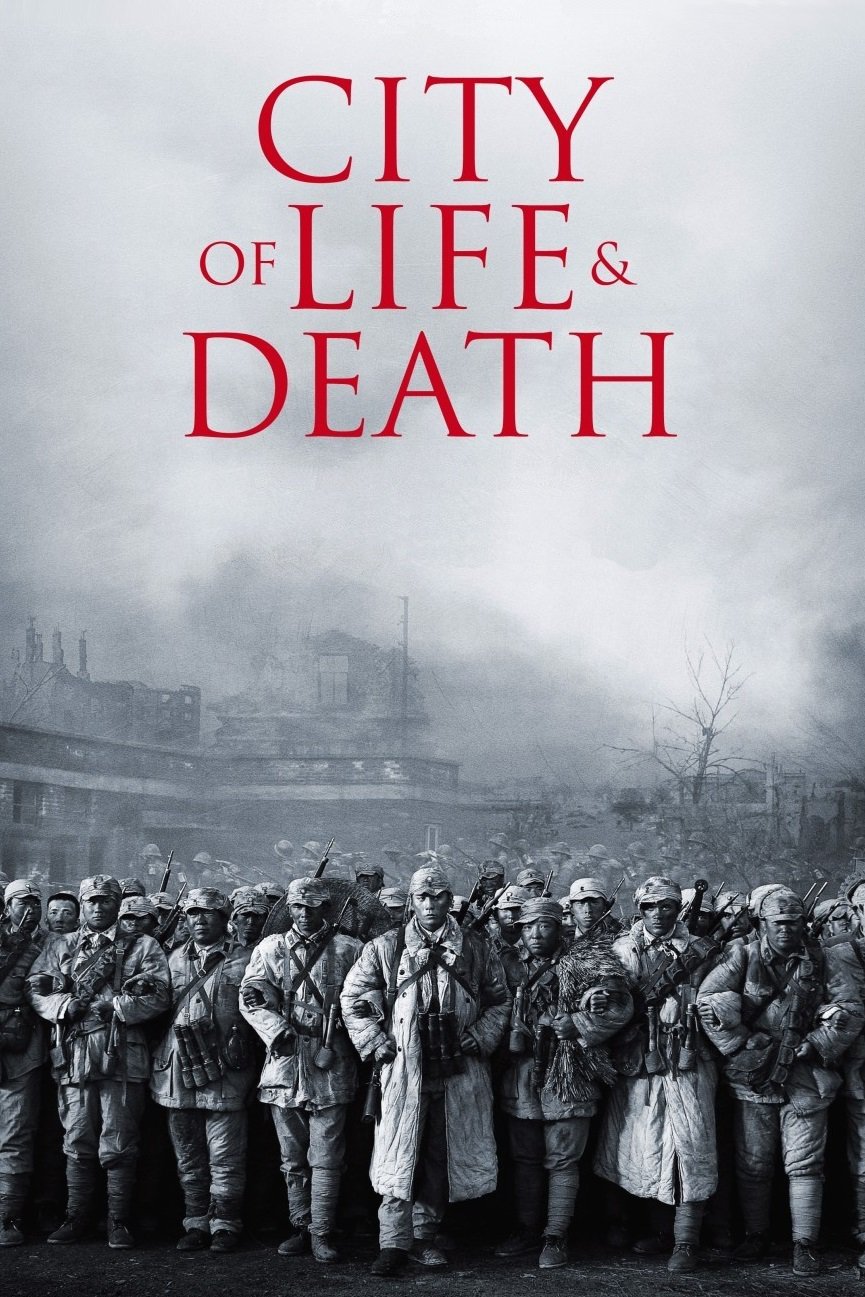 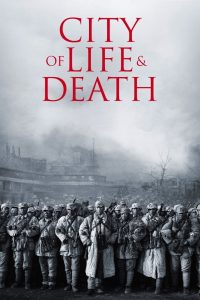 City of Life and Death takes place in 1937, during the height of the Second Sino-Japanese War.

The Imperial Japanese Army has just captured the then-capital of the Republic of China, Nanjing.

City of Life and Death is a 2009 Chinese drama film written and directed by Lu Chuan, marking his third feature film. The film deals with the Battle of Nanjing and the following massacre committed by the Japanese army during the Second Sino-Japanese War. The film is also known as Nanking! Nanking! or Nanjing! Nanjing!. The film was released in China on April 22, 2009 and became a major box office success in the country, earning 150 million yuan (approximately US$20 million) in its first two and a half weeks alone.

City of Life and Death is set in 1937, shortly after the beginning of the Second Sino-Japanese War. The Imperial Japanese Army has just captured Nanjing (or Nanking), capital of the Republic of China. What followed is historically known as the Nanking Massacre, a period of several weeks wherein massive numbers of Chinese prisoners-of-war and civilians were killed by the Japanese military.

After some commanders of the National Revolutionary Army flee Nanking, a Chinese soldier Lieutenant Lu Jianxiong and his comrade-in-arms Shunzi attempt to stop a group of deserting troops from leaving the city, but as they exit the gates, they are captured by Japanese forces that have surrounded the city.

As the Japanese comb the city for enemy forces, Superior Private (later Sergeant) Kadokawa Masao and his men are attacked by Lu Jianxiong and a small unit of both regular and non-regular soldiers, who fire at them from buildings. Lu and his companions are eventually forced to surrender as more Japanese troops arrive. The Chinese prisoners-of-war are systematically escorted to various locations to be mass executed. Shunzi and a boy called Xiaodouzi survive the shootings and they flee to the Nanking Safety Zone, run by the German businessman and Nazi Party member John Rabe and other Westerners. Thousands of Chinese women, children, elderly men and wounded soldiers take refuge in this safety zone. However, the zone is forcefully entered several times by bands of Japanese soldiers intent on making sexual advances on female refugees. Due to the repeated intrusions, the women are urged to cut their hair and dress like men to protect themselves from being raped. A prostitute called Xiaojiang refuses to do so, saying that she needs to keep her hair in order to earn a living.

Meanwhile, Kadokawa develops feelings for a Japanese prostitute named Yuriko, and struggles to come to terms with the omnipresent violence around him with his own conflicting impulses. Despite his feelings of alienation, Kadokawa brings Yuriko candy and gifts from Japan, and promises to marry her after the war.

Rabe’s secretary Tang Tianxiang and a teacher named Jiang Shuyun manage the daily operations of the safety zone. Even though he is in a privileged position, Tang is still unable to protect his young daughter from being thrown out of a window by a Japanese soldier, and his sister-in-law from being raped. When the Japanese officer Second Lieutenant Ida Osamu demands that the refugees provide 100 women to serve as “comfort women”, Rabe and Jiang tearfully make the announcement to the community. Xiaojiang and others volunteer themselves, hoping that their sacrifice would save the refugees.

Kadokawa meets Xiaojiang and brings her rice but witnesses another soldier raping her as she lies almost lifeless. Later, many “comfort women”, including Xiaojiang, die from the abuse, and Kadokawa sees their naked bodies being taken away. Kadokawa feels further estranged when he witnesses Ida shooting Tang’s sister-in-law May, who has become insane.

Rabe receives an order to return to Germany because his activities in the safety zone are detrimental to diplomatic ties between his country and Japan. Tang and his wife are allowed to leave Nanking with Rabe. However Tang changes his mind at the last moment and trades places with a Chinese soldier pretending to be Rabe’s assistant, saying that he wants to stay behind to find May. Mrs Tang reveals that she is pregnant before bidding her husband farewell. Not long after Rabe left, Ida has Tang executed by firing squad.

The Japanese disband the safety zone and start hunting for Chinese men who were previously soldiers, promising that these men would find work and receive pay if they turn themselves in. However, men deemed to be soldiers are huddled into trucks and sent for execution. Shunzi, who survived the earlier mass killings, is physically checked and initially deemed to be a non-combatant, but is later recognised by a Japanese soldier and brought onto a truck as well.

After Minnie Vautrin and other Westerners plead with the Japanese, Ida permits each refugee to choose only one man from the trucks to be saved. Jiang Shuyun rescues a man, pretending to be his wife, and then returns for Shunzi, claiming that he is her husband, while Xiaodouzi acts as their son. Kadokawa sees through Jiang’s ruse but does not expose her. Despite this, another Japanese soldier points her out to Ida and the three of them are captured. Shunzi is taken away again, this time together with Xiaodouzi. Jiang, knowing that she will be raped, asks Kadokawa to kill her. He grants her her wish and shoots her, much to his comrades’ surprise.

Afterwards, Kadokawa looks for Yuriko and learns that she has died after leaving Nanking. He says that she was his wife and requests that she be given a proper funeral. As the Japanese perform a dance-ritual to celebrate their conquest of Nanking and honour their war dead, Kadokawa reveals his emotional turmoil over what he has done and witnessed.

Kadokawa and another Japanese soldier march Shunzi and Xiaodouzi out of town to be executed, but to their surprise, Kadokawa releases them instead. Kadokawa tells the other soldier, “Life is more difficult than death.” The soldier bows to show his respect for Kadokawa’s decision and walks away. Kadokawa then weeps before shooting himself to escape from his guilt.

In the end credits, it is revealed that Mrs Tang lived into old age, as did Ida Osamu, and that Xiaodouzi is still alive today. [wikipedia]