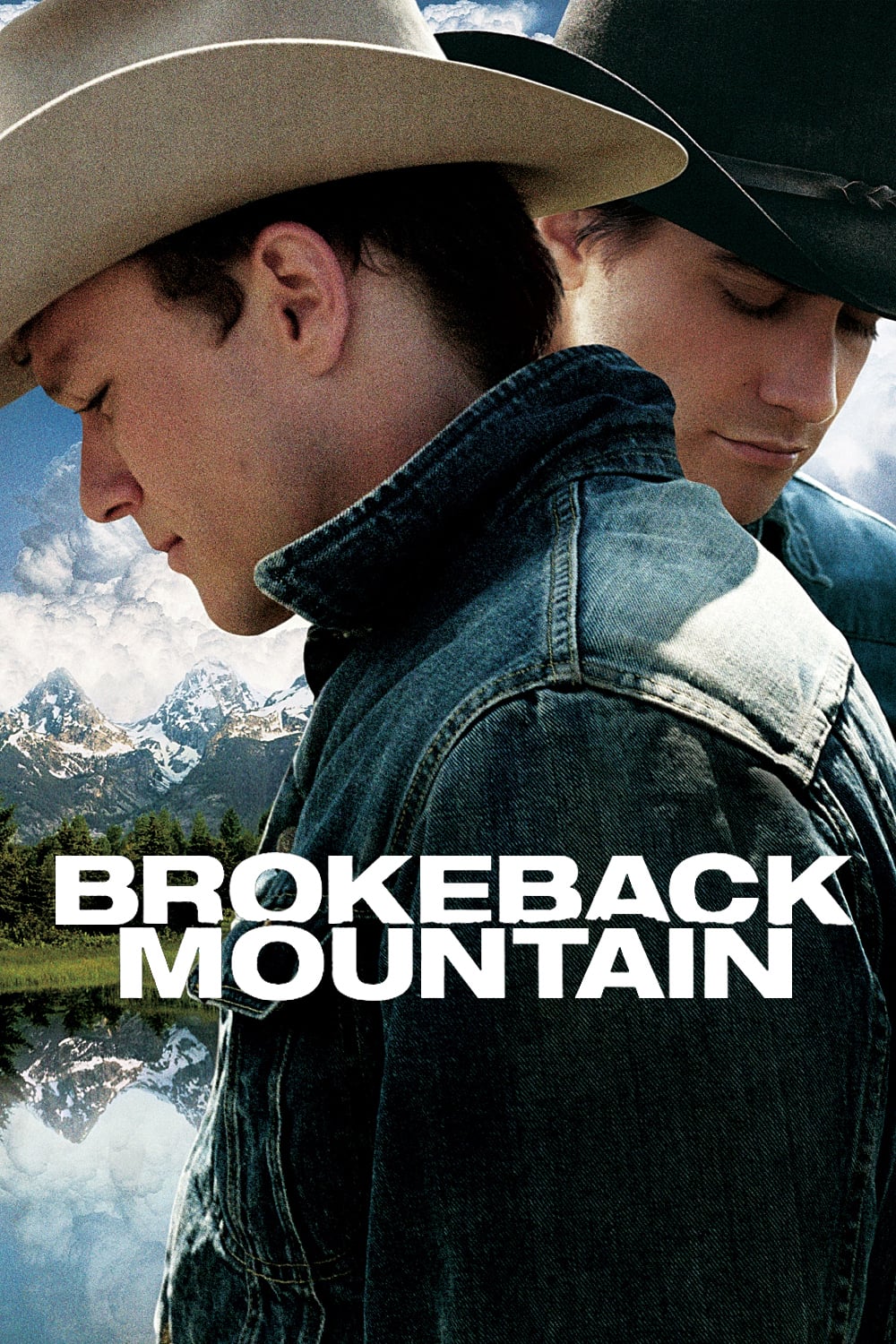 Two modern-day cowboys meet on a shepherding job in the summer of '63, the two share a raw and powerful summer together that turns into a lifelong relationship conflicting with the lives they are supposed to live.

Two modern-day cowboys meet on a shepherding job in the summer of '63, the two share a raw and powerful summer together that turns into a lifelong relationship conflicting with the lives they are supposed to live.

Brokeback Mountain is a 2005 American romantic drama film directed by Ang Lee and produced by Diana Ossana and James Schamus.

Adapted from the 1997 short story of the same name by Annie Proulx, the screenplay was written by Ossana and Larry McMurtry. The film stars Heath Ledger, Jake Gyllenhaal, Anne Hathaway, and Michelle Williams, and depicts the complex emotional and sexual relationship between Ennis Del Mar and Jack Twist in the American West from 1963 to 1983.

The film received critical acclaim and commercial success. It won the Golden Lion at the Venice Film Festival, Best Picture and Best Director at the British Academy Film Awards, Golden Globe Awards, Producers Guild of America Awards, Critics’ Choice Movie Awards, and Independent Spirit Awards, among others. The film was nominated for eight Academy Awards, the most nominations at the 78th Academy Awards, where it won three—Best Director, Best Adapted Screenplay, and Best Original Score—though it lost the Best Picture award to Crash in a controversial Oscars upset.

In 2018, the film was selected for preservation in the United States National Film Registry by the Library of Congress as being “culturally, historically, or aesthetically significant”. It is currently the most recent film chosen to be in the Registry.

In 1963, Ennis Del Mar and Jack Twist are hired by Joe Aguirre to herd his sheep through the summer in the Wyoming mountains. After a night of heavy drinking, Jack makes a pass at Ennis, who is initially hesitant but eventually responds to Jack’s advances. Despite Ennis’ telling Jack that it was a one-time incident, they develop a passionate sexual and emotional relationship. After Jack and Ennis eventually part ways, Ennis marries his longtime fiancée Alma Beers and has two daughters with her. Jack returns the next summer seeking work, but Aguirre, who had observed Jack and Ennis on the mountain, refuses to rehire him.

Jack moves to Texas, where he meets, marries, and has a son with rodeo rider Lureen Newsome. After four years, Jack visits Ennis. Upon meeting, the two kiss passionately, and Alma inadvertently observes this. Jack broaches the subject of creating a life with Ennis on a small ranch, but Ennis, haunted by a childhood memory of the torture and murder of two men suspected of homosexual behavior, refuses. He is also unwilling to abandon his family.

Ennis and Jack continue to meet for infrequent fishing trips as their respective marriages deteriorate. Lureen abandons the rodeo, going into business with her father and expecting Jack to work in sales. Alma and Ennis eventually divorce in 1975.

Upon hearing about Ennis’ divorce, Jack drives to Wyoming. He suggests again that they live together, but Ennis refuses to move away from his children.

Jack finds solace with male prostitutes in Mexico. Ennis sees his family regularly until Alma finally confronts him about her knowing the true nature of his relationship with Jack. This results in a violent argument, causing Ennis to abandon his connections with Alma. Ennis meets and has a brief romantic relationship with Cassie Cartwright, a waitress.

Jack and Lureen meet and befriend another couple, Randall and Lashawn Malone. It is implied that Jack begins an affair with Randall, as Randall tells Jack his boss has a remote cabin that he can use anytime he wants and suggests they use it together sometime.

At the end of a regular fishing trip with Jack, Ennis tries to delay their next meeting. Jack’s frustration erupts into argument, and Ennis blames Jack for being the cause of his own conflicted actions.

Ennis begins to cry. Jack tries to hold him and he momentarily objects, but they end up locked in an embrace. Jack watches as Ennis drives away. Some time later, Ennis receives a postcard he had sent to Jack, stamped “Deceased”. He calls Lureen, who says that Jack died in an accident, when a tire he was changing exploded. As she is speaking, Ennis imagines that Jack was actually beaten to death by a gang of thugs, the fate that Ennis feared. Lureen tells Ennis that Jack wanted to have his ashes scattered on Brokeback Mountain, but she does not know where it is.

Ennis travels to meet with Jack’s parents and offers to take Jack’s ashes to the mountain. The father refuses, preferring to have them interred in a family plot.

Permitted by Jack’s mother to see Jack’s childhood bedroom, Ennis finds the bloodstained shirt he thought he had lost on Brokeback Mountain. He discovers Jack kept it hanging with his own stained shirt from that summer’s fight. Ennis holds both shirts up to his face, silently weeping. Jack’s mother lets him keep the shirts.

Later, 19-year-old Alma Jr. arrives at Ennis’ trailer to tell her father she is engaged. She asks for his blessing and invites him to the wedding. Ennis asks her if her fiancé really loves her, and she replies, “Yes”.

After Alma leaves, Ennis goes to his closet, where his and Jack’s shirts hang together, with a postcard of Brokeback Mountain tacked above them. He stares at the ensemble for a moment, tears in his eyes, and murmurs, “Jack, I swear …” [wikipedia]