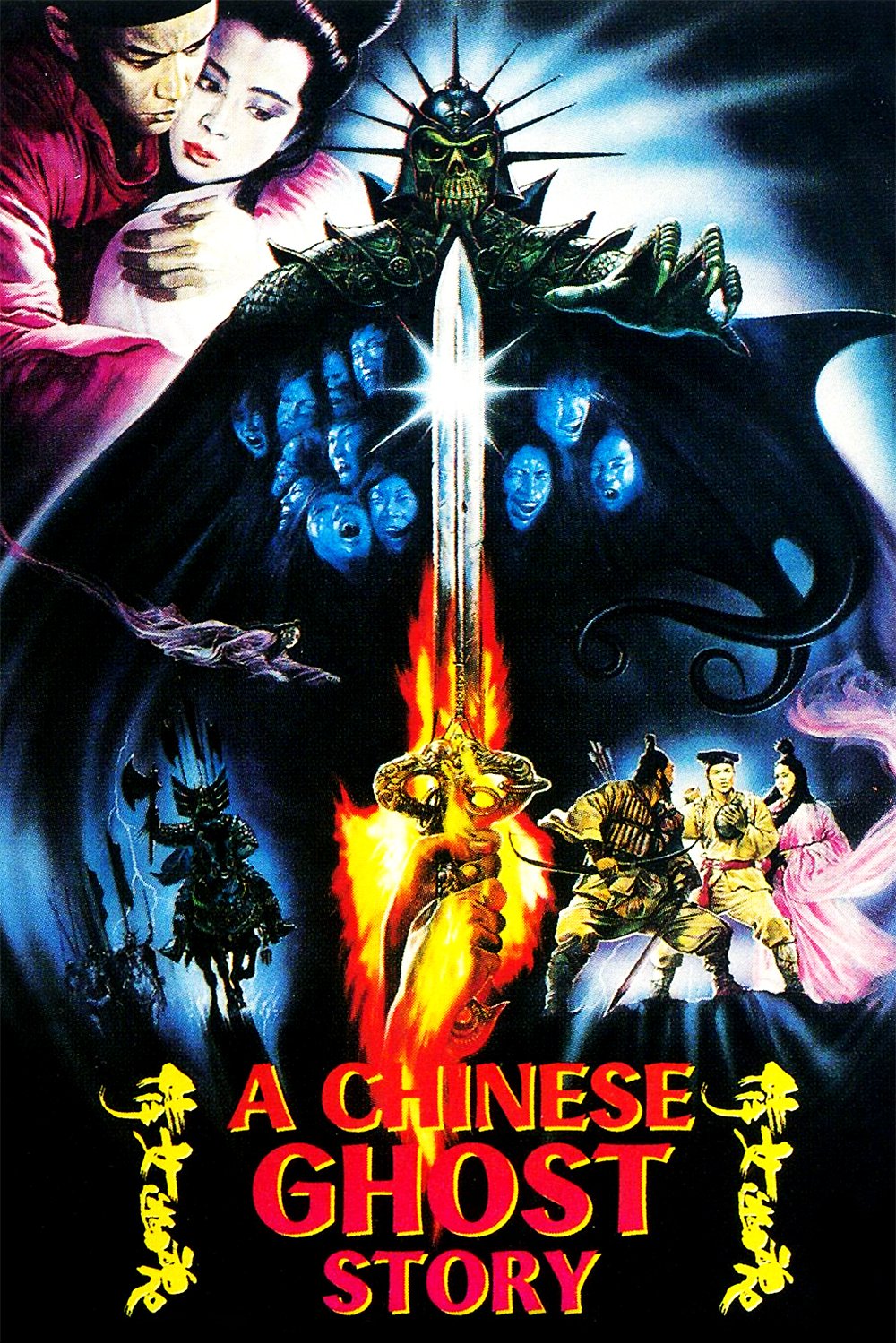 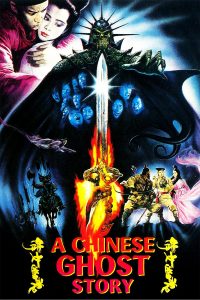 The plot was loosely based on a short story about Nie Xiaoqian from Qing dynasty writer Pu Songling’s Strange Stories from a Chinese Studio (聊齋誌異), and also inspired by the 1960 Shaw Brothers Studio film, The Enchanting Shadow. The film was popular in Hong Kong and several Asian countries, including South Korea and Japan, when released. Most notably it boosted the stardom of Joey Wong, won Leslie Cheung popularity in Japan, and sparked a trend of folklore ghost films in the Hong Kong film industry, including two sequels, an animated film, a television series and a 2011 remake. The film was ranked number 50 of the Best 100 Chinese Motion Pictures presented at the 24th Hong Kong Film Awards.

Ning Choi-san is a timid debt collector whose job requires him to travel to rural areas.[4] He arrives at a town but is forced to seek shelter in a deserted temple in the forest on the outskirts because he ran out of money due to his inability to collect the debts as initially planned. That night in the temple, Ning meets a beautiful and alluring young maiden called Nip Siu-sin and falls in love with her. However, when he later recalls that night’s events the next day, he becomes increasingly fearful and superstitious because a Taoist mystic told him that the people he saw at the temple were ghosts. That night, he returns to the temple to spend the night there and confirms his theory that Nip is actually a spirit.

Nip tells him her story of how she became eternally bound to the servitude of a sinister Tree Demoness. She explains that as long as her remains are buried at the foot of the tree, her spirit will be forever enslaved by Tree Demoness. Ning attempts to free her from her suffering. He seeks the help of a powerful Taoist priest and master swordsman called Yin Chik-ha, whom he met earlier. Yin battles the Tree Demoness and attempts to free Nip’s soul but fails. Nip’s soul is taken to the underworld for betraying her master.

Ning is unwilling to give up on Nip and insists that Yin help him. Yin manages to open a temporary portal to the Underworld. Ning and Yin enter the Underworld and attempt to free Nip’s soul from suffering. They are unable to find her in the midst of thousands of other spirits. Eventually, Ning and Nip are able to see each other briefly near dawn when they come back from the Underworld after the fight. Sunlight shines on the urn containing Nip’s cremated remains, but Nip cannot be exposed to sunlight or her soul will disintegrate. Ning holds on to a curtain to shield the urn from sunlight as he has a final conversation with Nip. Nip tells Ning that the only way to save her soul is to place her remains to rest at another more auspicious burial site before she returns to the darkness. Ning follows her instructions and with Yin’s advice, Ning buries Nip’s remains near the crest of a hill. He burns a joss stick for her and prays for her soul while Yin watches solemnly behind him. [Wikipedia]