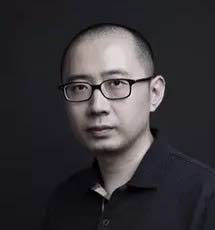 ZHOU Zhou is a Chinese film director and he was born in Anhui, China in 1984.

He has been a critic and editor for many years. He currently serves as a script consultant for Jiaying Film.

Meili is Zhou Zhou’s first feature film, it got three nominations and one Award at the 12th Xining IFF (Best Performer).

Since her grandfather died, Chi Li has lived alone in the house of an aunt who is abroad. She has no contact with her parents. It is a lonely life, but Chi Li is doing fine. She has a job at a cinema and no need for a relationship. She protects herself this way because who would want her as a girlfriend? Chi Li has epilepsy. In north-eastern China where she lives, this means she … Read more

22-year-old Meili is an ill-fated girl. Abandoned by her parents, she was raised by her elder sister, who is infertile. Meili was set up to be raped by her brother-in-law and gave birth to a daughter secretly. Her sister often asked her for child support. To avoid her sister’s harassment, Meili quits her job and decides to follow her lover Wen to Shanghai. Unexpectedly, Wen leaves her in Changchun. Abandoned by love, also unemployed, the … Read more