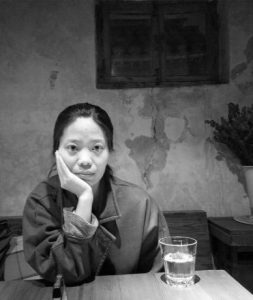 Wang Jing is a Chinese director.

Crossroads (2007), Wang Jing’s debut feature film, won the Jury Prize at the China Independent Film Festival, the Grand Prix at the Beijing Film Academy Golden Words Awards, and was selected for many international film festivals including IFFR and HKIFF.

Changfeng Town is located in an inconspicuous corner of China. The townspeople know each other well and are content with life. Airplanes pass by the town from time to time, reminding people of an unknown outside world. Many things in town exist in solitude – the cinema, the dentist, the Auto repair shop, the news office, and the elementary school. The townspeople are unique and full of eccentricities. They each has a story of their … Read more

Zhang Yao, the leader of the Haidao vice squad, accidentally captured suspect Gao Fei, who used a fake ID. According to his confession, Gao Fei is a player of the online game “World of Warcraft” and he once met a beautiful young woman Ju Yue at a party. They began to date. One night, Cheng Tao, Lin Yan’s husband, unexpectedly found the saucy chat record between Gao Fei and his wife. In a blaze of … Read more

One of the most acclaimed movies to come out of China last year, Feng Shui harnesses the talents of underrated actress Yan Bingyan to deliver this family drama about a woman desperate to ascend to the middle class and willing to pay any price. Powerful and emotionally tense, this is a portrait of the hidden side of the great Chinese success story.