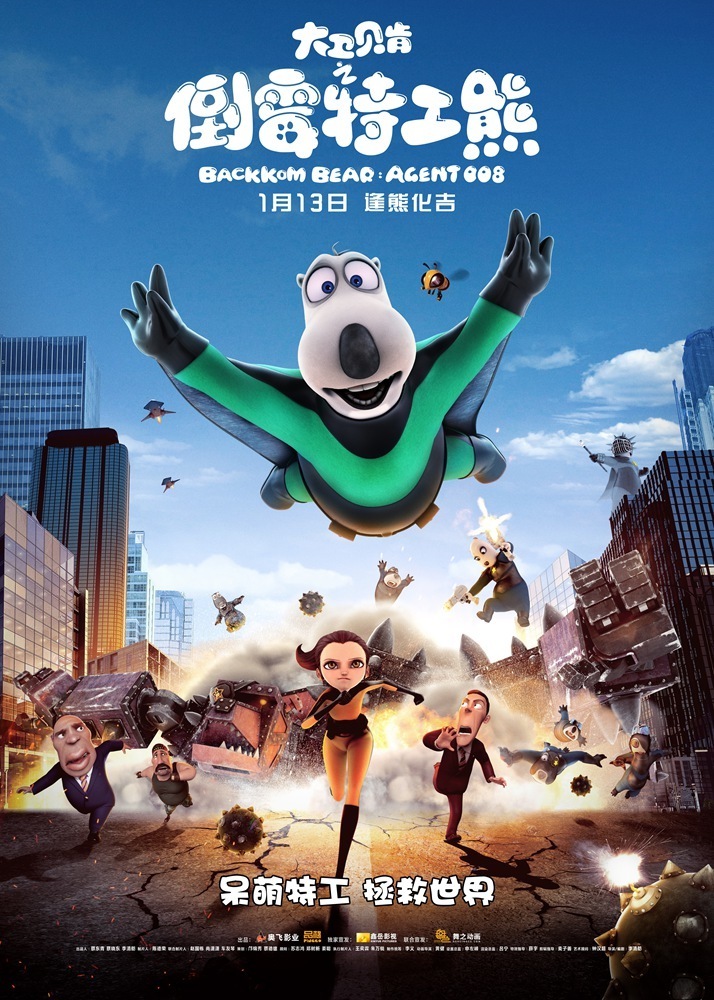 Backkom Bear: Agent 008 is a 2017 Chinese animated adventure comedy family film directed by Li Qingfang, based on the Backkom animated series. It was released in China on 13 January 2017. it is the prequel of the 2007 film Mug Travel. With the human exploitation of natural resources, the Arctic environment is completely destroyed, leaving only the last polar bear to survive. Jessica, a human girl, adopts the polar bear and names him Backkom.