Zhang Hanyu (张涵予, born 19 December 1964) is a Chinese actor. Zhang graduated from the Beijing Central Academy of Drama in 1988.

He started his career by doing Mandarin voice dubbing for films such as Shark Tale, The Lord of the Rings film trilogy, and Troy. Zhang subsequently played minor roles in some television series before appearing as supporting characters in films directed by Feng Xiaogang, such as Sorry Baby, Cell Phone, Big Shot’s Funeral, and A World Without Thieves. He was called “Feng Xiaogang’s imperial dragon casing” (馮小剛御用龍套), and earned the appreciation of Feng. 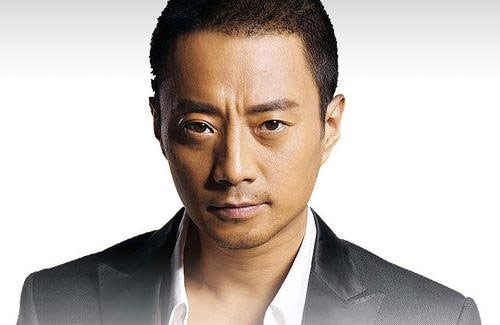 In 2007, Zhang was cast as a lead character for the first time in the war drama film Assembly, which grossed a record 260 million RMB in box office earnings. Zhang’s performance propelled him to fame and placed him among the ranks of first-class Chinese film stars. In 2008, Zhang also won the Best Actor Award at the 29th Hundred Flowers Awards and the Best Leading Actor Award at the Golden Horse Film Awards. The following year, Zhang won the Outstanding Actor Award at the Huabiao Awards.

Continuing on from “The Battle At Lake Changjin”, this movie follows brothers Wu Qianli and Wu Wanli as they take on a new task for the People’s Volunteer Army, to defend a bridge which is part of the American troops escape route out of the Korean war.

In the winter of 1950, in the icy and snowy area of Changjin Lake, a bloody battle between the United States and China was about to begin. China and the United States respectively sent the most elite troop troops to fight-the 9th Corps of the Chinese People’s Volunteers, the 1st US Marine Division, and the 7th Infantry Division.

Based on the true story of a pilot who had to ensure the safety of 128 passengers and crew members on the plane when its windshield became damaged mid-flight. The incident is regarded as one of the miracles in aviation history.

Chinese narco-cops take their mission to the Golden Triangle following the Mekong River massacre of innocent fishermen by the region’s drug lord.

Framed for murders, felled by love, fight and flight are his only way out. Accused of heinous crimes he didn’t commit, a prosecutor sets out on a mission to clear his name.

Meng Yun, a former womanizer, meets and falls in love with Xia Lu and they become a couple. Their exes, however, have different ideas.

Based on the real life story of an incident in 1946 during the Chinese Civil War, the film involves a communist reconnaissance team soldier Yang Zirong who disguised himself as a bandit to infiltrate a local gang of bandits, eventually helping the main communist force to destroy the bandits. Based on the novel “Tracks in the Snowy Forest” by Qu Bo.

1942, Nanjing (Nanking). Following a series of assassination attempts on officials of the Japanese-controlled puppet government, the Japanese spy chief gathers a group of suspects in a mansion house for questioning. A tense game of “cat and mouse” ensues as the Chinese code-breaker attempts to send out a crucial message while protecting his/her own identity.

“Bodyguards and Assassins” tells the story of a group of bodyguards protecting Sun Yat-sen (1866-1925) from assassins in 1905 Hong Kong. In 1905, revolutionist Sun Yat-Sen visits Hong Kong to discuss plans with Tongmenghui members to overthrow the Qing dynasty. But when they find out that assassins have been sent to kill him, they assemble a group of protectors to prevent any attacks.

The film tells of the attempts made by a Beijing van driver (Ge You) to obtain his wage arrears from travel agency boss (Fu Biao) – even to the point of kidnapping the latter’s Singaporean girlfriend (Jacklyn Wu).

In 1942, Henan Province was devastated by the most tragic famine in modern Chinese history, resulting in the deaths of at least three million men, women and children. Although the primary cause of the famine was a severe drought, it was exacerbated by locusts, windstorms, earthquakes, epidemic disease and the corruption of the ruling Kuomintang government.

Yankie director Don Tyler faces mounting insecurity and declining health while on location in Beijing, so his assistant hires down-and-out camerman YoYo to take the reins. Scrambling, studio boss sells the sagging picture to a Japanese media company. But YoYo is determined to upstage the whole production by granting the director’s wish to have a grand “comedy funeral”. To raise the money for it, he auctions off advertising and sponsorships for the funeral to companies … Read more

A cop and his team of comrades go undercover in one of China’s most ruthless underworld organizations to stop a gang leader, only to put themselves in great danger after being exposed one by one.

When a mysterious death occurs, the lives of five unexpected strangers are suddenly intertwined together. A drug trafficking crime is unveiled, and through the twist and turns of the investigation, their stories unravel, and a bizarre connection is gradually discovered between them.