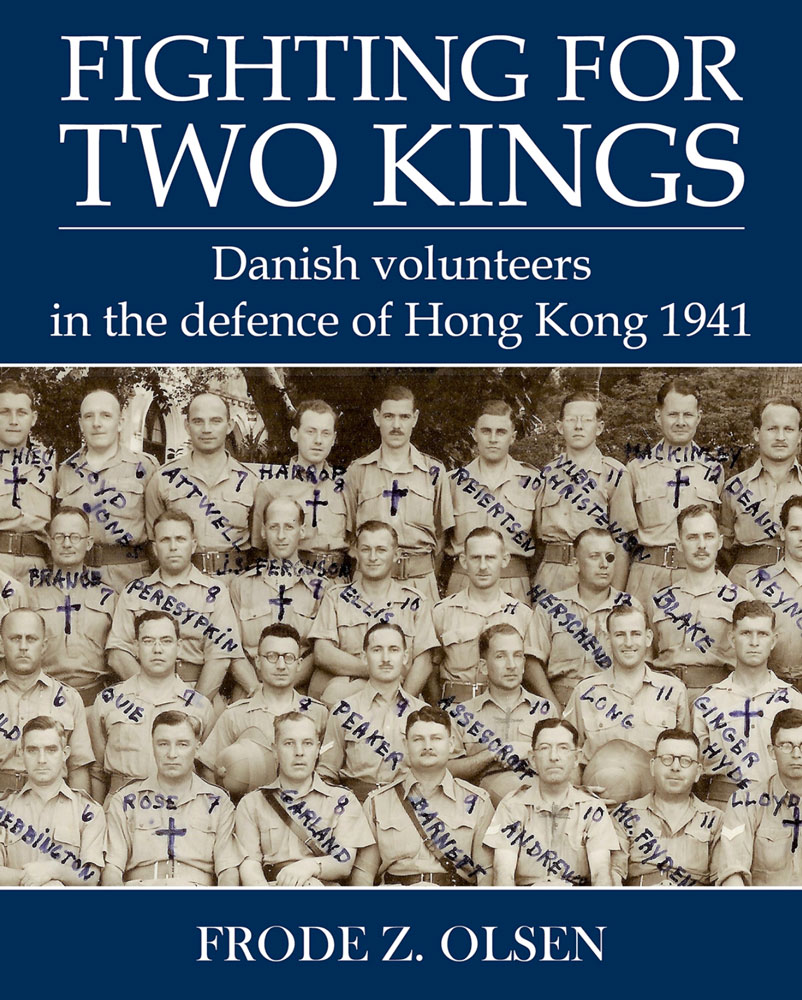 There were just a handful of Danish people in Hong Kong when the Japanese attacked in December 1941, and they had to decide—would they fight?

The Danish consul in Shanghai forbade them to swear allegiance to the British Crown but they ignored him. They fought, and some died for the British King and for Hong Kong. The rest were confined in prisoner-of-war camps or shipped to work in coal mines in Japan. This is the story of those Danes and their families in the British colony on the coast of China, told with heartbreaking detail from letters and interviews with the survivors. It is a story which transcends nationalities and eras, one of heroism and tragedy, cruelty and courage.

Frode Ziebell Olsen is a Danish writer of novels and historical documentary books, born in 1950 in Copenhagen. He retired in 2013 as Detective Chief Superintendent after thirty seven year’s service with the Copenhagen police and National Danish police, with lengthy postings abroad as police liaison officer, including in the Balkans, Iraq and China, where he served from 2008 to 2013 at the Royal Danish Embassy in Beijing as police counselor.

“A moving, valuable and skilfully researched account of the role played in the defence of Hong Kong by the British colony’s small, tightly-knit Danish community. Letters and diaries reveal the courage and conflicting loyalties of those prepared to sacrifice everything to resist the Japanese invaders.” — Tim Luard, Author of Escape from Hong Kong: Admiral Chan Chak’s Christmas Day Dash, 1941