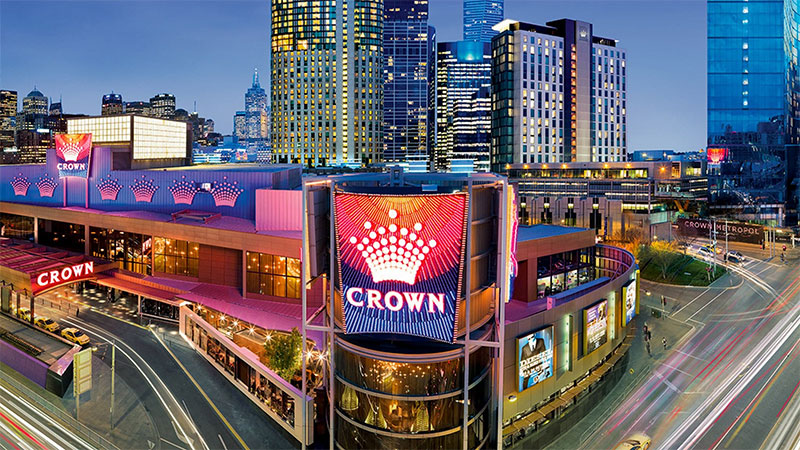 Crown Casino is one of the most popular casino venues in Australia with millions of visitors almost every month.

But the secret, or not that much of a secret anymore is that the casino is not only servicing local Australian gamblers, but also terribly high-roller clients from Mainland China.

That is what this story revolves around. How did Crown Casino get their hands on Mainland Chinese gamblers and high-rollers for that matter? Doesn’t China have a law of not taking more than $3000 outside of the country for a specific trip?

Let’s try to unbundle the complex inner workings of Crown Casino and how it got some of their Chinese sales staff in trouble with the Chinese government, shall we? Disclaimer right here though, it’s quite a complicated set of events.

The story takes us back to October 2016 when the first set of arrests happened in Mainland China. Around 19 Crown sales staff were approached by Chinese special agents in their homes and taken away in government-controlled cars to a police station where they were questioned and subsequently jailed for breaking the Chinese gambling law.

One such employee was Jenny Jiang, a remote sales officer for Crown Casino, dedicated to convincing Chinese Mainlanders to travel to Australia and gamble their funds in Crowns multiple venues. Although this may look more or less legal on the surface, we need to factor in Chinese gambling laws here.

The first issue was the job itself, as the sale and promotion of gambling services have been banned in China ever since Chairman Mao in 1950. But the real reason why Jiang was arrested was due to Crown forcing her to target a specific type of Chinese gambler, one referred to as the whale.

A “whale” in Crown’s dictionary means a person who can lose up to $10 million in just one hour and who can be “delivered” to the venue via a private jet. That’s exactly what Jiang was doing, or was at least tasked to do. Her job description was to find Chinese gamblers, categorize them in four different categories and offer subsequent benefits and offers such as free hotel stays, private jet options, and multiple other gambling services.

The four classes comprised of Minnows, Catfish, Guppies, and Whales. All of these classifications were assigned to a specific gambler based on how much they could bet in a single night. 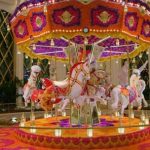 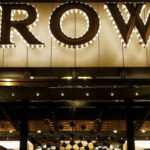 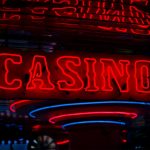 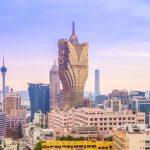 How did Crown even do this?

According to Australian gambling news, the man behind Crown’s involvement in Chinese business, and specifically Macau is none other than James Packer himself. Packer is pretty much the man behind Crown. He was backing the company for multiple years, was once in the seat of the Chairman as well as a board member for the company’s shareholders. But he left all of these positions around 2015 and took a much more passive role in the company’s development.

However, Packer would not have been able to do so without the help of Laurence Ho, a prominent Macau gambling businessman. Ho introduced Packer to the Macau market and allowed Crown a joint venture with his own company, thus solidifying Crown’s foothold near Mainland China, where they’d get most of their high-rollers through illegal means.

That’s right, Crown is suspected of using local Macau triads to help high-rollers to smuggle millions of dollars outside of Mainland China, which had a law to not allow more than $3000 to be taken out of the country if the person was traveling to Macau.

But more importantly, Crown is suspected of partnering up with a specific syndicate called The Company. According to FBI estimates as well as the estimates of Australian special forces, The Company is responsible for smuggling as much as 70% of all the drugs ever trafficked to Australia, thus putting them as one of the main threats to the country’s integrity.

How did all of this become clear?

Most of the information flow started when Jenny Jiang first started talking from her Shanghai cell, where she spent around 18 months in.

According to her, Crown and Ho had some kind of miscommunication or change of heart, which lead to the higher-ups of Crown instructing their Mainland Chinese employees to convince high-rollers to travel to Australia instead of Macau.

Here as well, Jiang was supposed to offer them free hotel stays, private jet transportation, and various other luxurious services. Naturally, though, Jiang had absolutely no idea what was going on behind the curtains as she was mostly kept in the dark by her superiors. All she knew is that this was her task of the day, and if she didn’t do it she’d either not get paid, or be sacked completely.

Once the promotion of Australia over Macau became apparent to Chinese officials, alongside some CCTV footage surfacing from the Melbourne Crown venue of people exchanging millions of dollars in cash, the police quickly took on the job to breaking this cleverly crafted scheme right back down.

Needless to say, Crown’s shares have not seen a good day ever since investigations first began.