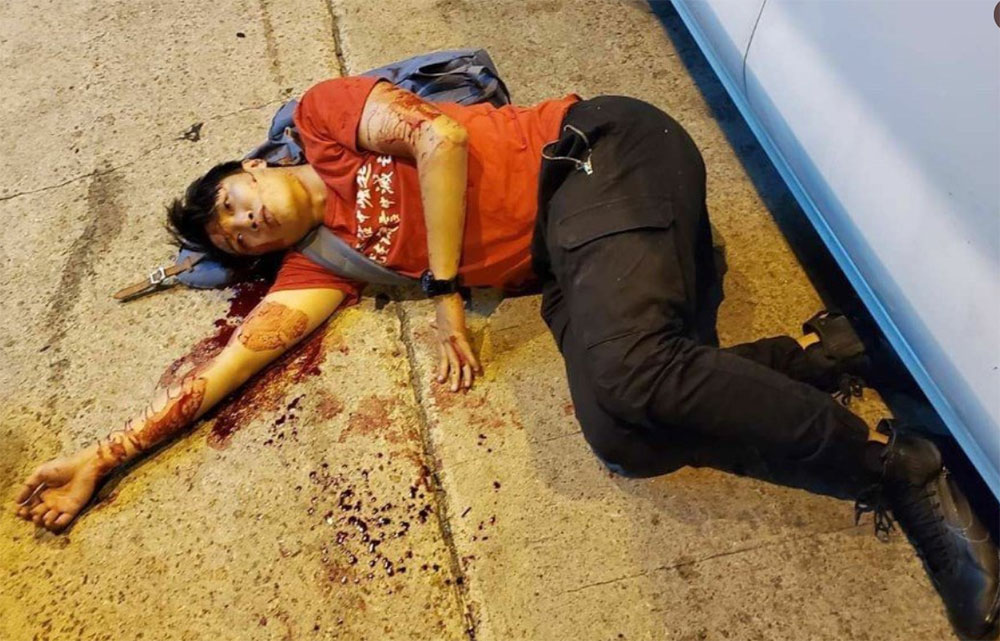 Within 24 hours after US House passing the Hong Kong Human Rights and Democracy Act, Jimmy Sham Tsz-kit, convenor of the Civil Human Rights Front and candidate of District Council Election, was smashed hard with hammers and severely wounded by 4 masked persons, four days before another planned mass rally.

A video show Hong Kong police directly stepping on the blood spot, with a potential for contamination at the crime scene.

Jimmy Sham bled heavily from his head and arms and was taken to Kwong Wah Hospital.

The attack was the second against Sham in less than two months.

Police said the activist was bleeding from his head and arms when officers found him lying on the ground.

#HongKongPolice did not set up any blockade at the crime scene. Instead, they DIRECTLY STEPPED on the blood spots, causing tremendous damage to the bloodstain. Can you call #HongKongPolice professional? pic.twitter.com/1sLHHOl7Dr

Figo Chan, a leader in the Civil Human Rights Front organizing group, said witnesses reported him eyewitnesses tried to stop the ambush but Sham’s assailants pointed a knife at them.

Jimmy Sham was proceeding to the democracy group’s annual general meeting where he was expected to discuss a march from Tsim Sha Tsui to West Kowloon railway station set for Sunday.

Chan said the march would proceed as planned.