“We will not surrender,” Wong told reporters, appealing to the international community to tell Chinese President Xi Jinping “that sending troops or using emergency orders is not the way out “.

3. I was arrested and prosecuted this morning in route to my community work outside South Horizons MTR Station. I am accused of inciting, organizing and participating unauthorized assembly on 21 June, protest outside Police HQ in Wanchai.

Joshua Wong, known for leading the Umbrella Movement in 2014, was “pushed by private car into the street” before being transferred to a police station.

He was charged with three offenses related to an alleged unlawful assembly outside police headquarters in June.

Agnes Chow, who was barred from standing in a by-election last year, was charged for the same event.

The arrests came after Andy Chan, founder of today’s banned Hong Kong National Party, was stopped by the authorities at the city’s airport. He was accused of revolt and assault during a protest near the Chinese border in mid-July.

Isaac Cheng, vice-president of Demosisto said: “They want to spread white terror among the Hong Kong protesters. Hong Kongers will not be deterred . . . because they have a strong determination to pursue democracy and freedom.”

The protests were mostly organized online using unusual methods to fight the controversial extradition bill to China. As protests intensified, protesters’ demands increased, calling for an amnesty for the arrested protesters, the resignation of Hong Kong governor Carrie Lam and universal suffrage.

On Saturday another big demonstration will be organized after the police refused to issue a permit to the Civil Human Rights Front (CHRF), which until now has organized three major anti-government protests each with more than a million of participants.

The leader of the Civil Human Rights Front, Jimmy Sham, on Tuesday afternoon, had been attacked in a restaurant by two masked men armed with a knife and a baseball bat. Max Chung Kin-ping, another activist organizer, was attacked on the same day by four robbers masked in another incident. 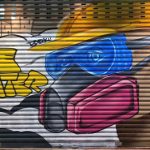