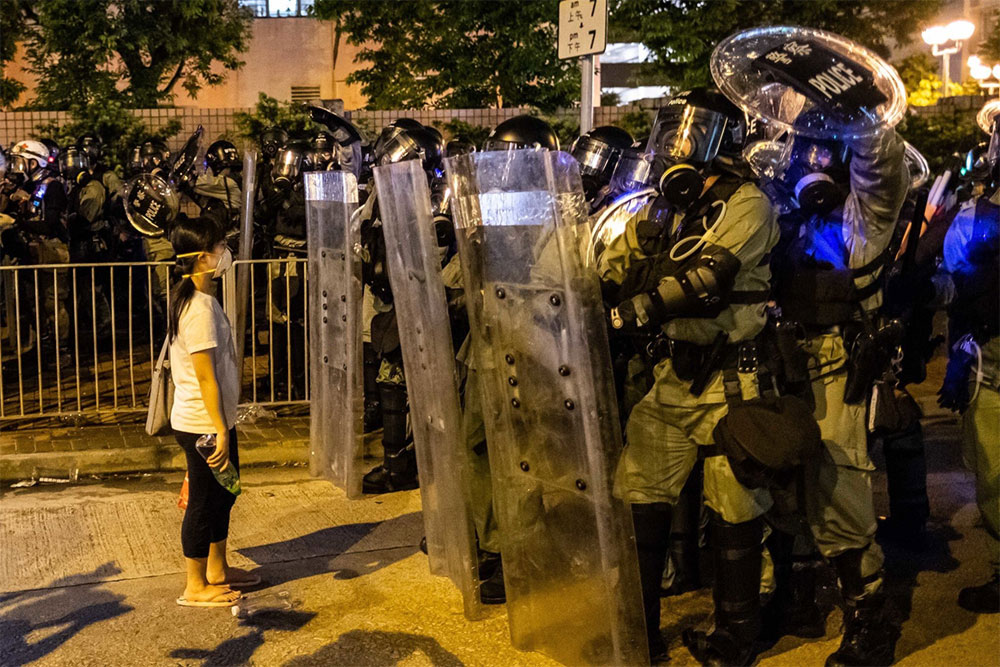 Tens of thousands of people protested on the streets of Hong Kong for the fifth consecutive day of demonstrations.

The police have so far arrested more than 80 people during the seven simultaneous protests of Hong Kong’s first general strike over the past 50 years.

The last general strike, ironically, was triggered by a union allied with the Chinese communist party in 1967, when China was under the leadership of Mao Zedong.

The strike was also followed by a series of terrorist attacks that killed 51 people.

The consequences of the general strike were also felt at Hong Kong international airport, with the cancellation of over 100 flights.

Tear gases have been used in at least 5 different locations. The police shot at demonstrators at eye level. Rubber bullets were also used.

Governor Carrie Lam said during a press conference that she will not resign.

According to a South China Morning Post report, a journalist was arrested. Another was hit in the face by a tear gas canister.

In Sham Shui Po, police fired tear gas into hundreds of people, mostly local residents and a handful of protesters, before charging at them. Police have repeatedly warned them to leave @SCMPNews pic.twitter.com/WGkRyH8um6

From Causeway Bay and the Cross-Harbour Tunnel to various locations in Kowloon, #HongKong protesters bounced from district to district, leading police on a cat-and-mouse chase. https://t.co/cGgblijnnA pic.twitter.com/hkCZHtDoC5

Hundreds of thousands of protesters in Hong Kong against the extradition bill: 72 injured