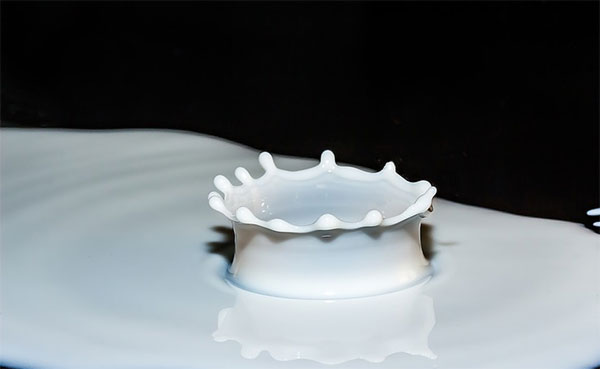 Recently I have read several news articles about the current campaign in China to triple the consumption of cow milk by the Chinese people.

The purpose of this campaign, according to the news I read, is to improve the health and strengthen the bodies of the Chinese people, especially children, and to make them grow taller.

As a health professional who has written a dozen major books on human health and healing and who has a longstanding interest in Chinese civilization, I would like to offer my view on this issue.

According to the report I read, the idea to increase consumption of cow milk to improve health and grow stronger bodies in China began in 2008, during the Olympic Games in Beijing.

For the first time many people in China saw western people in a setting other than films.

They saw big, strong, tall western athletes, and the concluded that their physical condition must be the result of drinking lots of milk from childhood through to adulthood.

This is not the case. I have researched this topic for many years, and I would like to share what I have learned about drinking cow milk with people in China.

First of all, the athletes the Chinese saw at the Olympic Games are not typical western people.

They are athletes in top physical condition, and they do not drink cow milk at all, unless it is raw (unpasteurized) milk from cow’s who feed on grass.

If you wish to see what a typical western person who drinks cow milk looks like, take a look at some of the western tourists who come to China.

Most of them are overweight, have skin problems, and their eyesight is not good. Drinking pasteurized (heated) cow milk contributes to these health problems.

Raw milk from grass-fed cows is a very good source of nutrition for humans, but it is almost impossible to find on the market, and China does not produce it.

In China, milk is produced the common commercial way from cow fed on industrial feed such as soy beans, and the milk is pasteurized.

In China most of the milk will be UHT milk (“ultra high temperature”), which causes even more problems.

Heating cow milk destroys the enzyme required to digest a protein element called “casein.” Only when consumed in the raw state will casein self-digest in the stomach with the natural enzyme in the milk designed for this purpose.

UHT milk does not have this enzyme, therefore humans cannot digest the casein, which therefore putrefies in the digestive tract and causes many health problems.

The next point is that most Chinese people are genetically lactose intolerant, which means they cannot digest milk well.

It can cause bloating and other digestive problems.

People who are lactose intolerant cannot derive any nutrition from cow milk because they cannot properly digest it.

A much better option in milk for human consumption is goat milk, which has been consumed by humans for thousands of years.

Goat milk is easy for humans to digest because it’s nutritional profile is very similar to human milk.

It is almost identical in content and ratio of nutrients to mother’s milk and therefore all humans can easily digest it and gain nutrition from it.

In terms of body strength and height, western athletes and other western people grow tall and strong not from drinking milk but from eating eggs and meat.

Eggs in particular are the single best source of protein and fat for human health, and eggs are much easier to produce than milk, with far less damage to the environment.

It would be much better to feed every child in China 2 or 3 eggs every day than 2 or 3 cups of cow milk.

They would be healthier and grow taller too.

It takes more than 1,000 liters of fresh water to produce 1 liter of cow milk.

China already has a serious water shortage, and if China now increases cattle herds to the level needed to triple milk consumption in China, the water shortage will get even more severe.

Cows are also the primary source of methane gas in the environment, which contributes to climate change.

Increasing the number of cows in China to 40 or 50 million in order to produce more milk will increase methane gas in the environment by at least 40%, causing big problems for China.

Lastly, I wish to point out the fact that in order for cow milk to be a healthy source of nutrition for humans, it must come from grass-fed cows, not from cows fed on soy beans, corn, and other grains.

Only milk from grass-fed cows contains the full spectrum of amino acids and essential fatty acids required for human health.

The other key factor is that cow milk must be consumed raw, not pasteurized or UHT processed, in order to be digestible for humans.

Cow milk that has been heat processed, especially UHT, cannot be digested by the human digestive system.

This a fact of human biology, not an opinion.

That’s why professional athletes do not drink commercially produced cow milk from cow’s fed on grains: it is useless for building strong bodies.

Daniel Reid is a bestselling author and a leading expert on eastern philosophy and medicine. He has written numerous books and magazine articles on various aspects of Asian self-health and self-healing practices, and has established an international reputation for the practical efficacy of his traditional approach to modern health problems.

Interview with Daniel Reid, author and expert on Chinese tradition