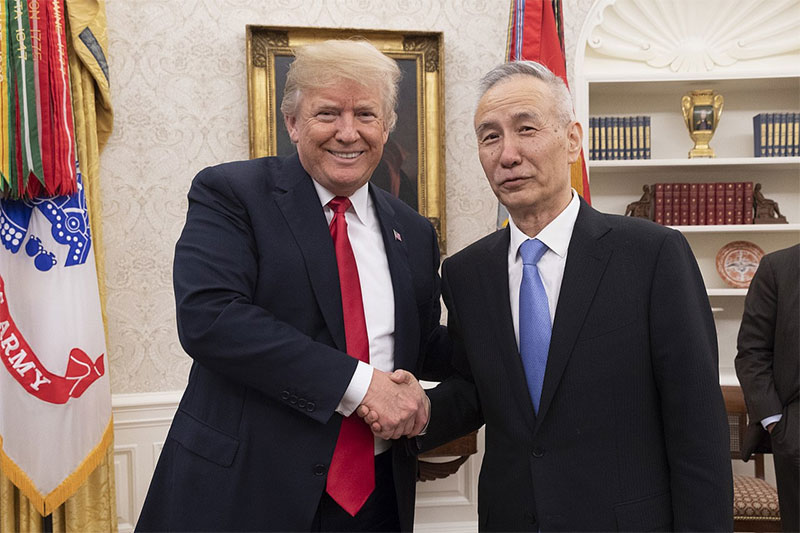 On Thursday, the Chinese trade ministry issued a statement stating that the recent talks with the American counterpart were extensive and established a foundation for resolving the issues.

The US had released its own statement where a long series of problems still to be resolved are explained, but also recognizing that China had pledged to purchase “a substantial amount” of products from the U.S.

According to Gao Feng, a spokesman for the Chinese Ministry of Commerce, progress has been made both in terms of the illicit requests for forced transfers of technology in China, as well as for intellectual property rights.

Both parties stated that they wanted to maintain close relations.

Regarding the issues still to be resolved on the American side, these are mainly issues related to agriculture, energy, manufacturing, and other American products and services.

The talks lasted three days, one more than expected, a sign that perhaps the dialogue has taken the right turn.

According to many analysts, another positive sign is the sudden arrival of the negotiator Liu He.

In early December, US President Trump and the Chinese President Xi Jinping reached an agreement for a temporary truce until March, to reach some agreement on trade and other issues.

Statement on the United States Trade Delegation’s Meetings in Beijing

“On January 7-9, an official delegation from the United States led by Deputy U.S. Trade Representative Jeffrey Gerrish held meetings in Beijing with Chinese officials to discuss ways to achieve fairness, reciprocity, and balance in trade relations between our two countries. The officials also discussed the need for any agreement to provide for complete implementation subject to ongoing verification and effective enforcement. The meetings were held as part of the agreement reached by President Donald J. Trump and President Xi Jinping in Buenos Aires to engage in 90 days of negotiations with a view to achieving needed structural changes in China with respect to forced technology transfer, intellectual property protection, non-tariff barriers, cyber intrusions and cyber theft of trade secrets for commercial purposes, services, and agriculture. The talks also focused on China’s pledge to purchase a substantial amount of agricultural, energy, manufactured goods, and other products and services from the United States. The United States officials conveyed President Trump’s commitment to addressing our persistent trade deficit and to resolving structural issues in order to improve trade between our countries.

The delegation will now report back to receive guidance on the next steps.”

China confirms ‘phase one’ trade deal with US and suspends planned tariffs scheduled for Dec. 15
Previous

85 images of the Ancient Earthen Castles in Tulou, Fujian