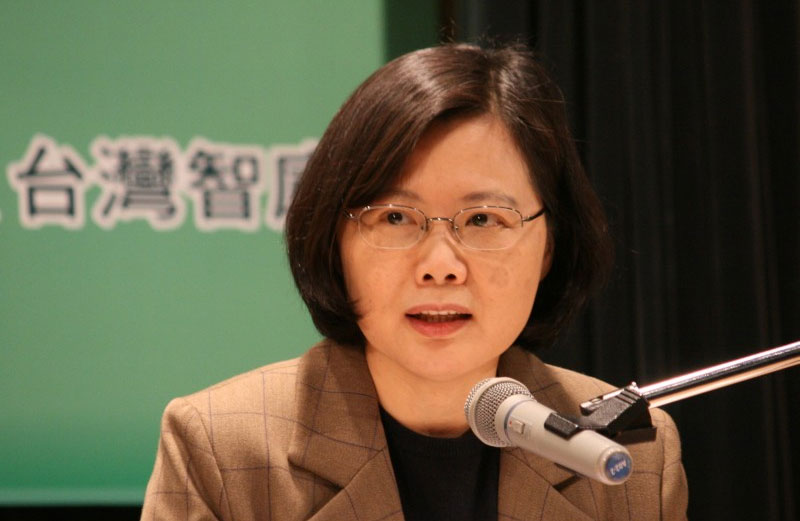 On Saturday, elections were held in Taiwan to elect mayors of many cities and counties, and two referendums and the ruling party suffered a great defeat.

The elections were seen as a referendum on the president’s pro-independence policy.

Immediately after the election result, President Tsai Ing-wen resigned from the presidency of the Progressive Democratic Party. She will remain as president.

The Chinese government said the results reflect the Taiwanese people’s desire for better relations with the mainland.

The regent party Democratic Progressive Party (DPP) has therefore suffered a scorching defeat in the Saturday elections, losing two of the key competitions for mayors, while the Kuomintang opposition has regained control of 15 cities and counties, leaving the DPP at six.

A little more than a year after the presidential elections, President Tsai Ing-wen, who in recent years has not tried to improve the already strained relations with Beijing, has taken responsibility for the defeat, resigning from the leadership of the party.

The Kuomintang managed to take Kaohsiung, generally considered a stronghold of the DPP.

The Kuomintang has sent delegations to China since Tsai took office. China has instead refused to have direct contact with the Tsai administration.

According to Channel News Asia, voters also rejected a referendum that would have seen Taiwan join the 2020 Tokyo Olympics as Taiwan, rather than “Chinese Taipei”, a move which would have angered Beijing.

All the independentist demands have therefore been defeated.

According to the secretary general of the DPP Hung Yao-fu, China has played a significant factor in the elective process, re-proposing the problem of fake news.

The citizens of Taiwan also rejected the referendum that legalized marriage between people of the same sex, another scorching defeat for Tsai.

A Taiwanese constitutional court had declared in May that people of the same sex have the right to marry legally and had set a two-year limit for the issue to be regularized by law.

Despite the defeat, a government representative said that a special law will be enacted that will address the issue and that the government will continue to support same-sex marriage.