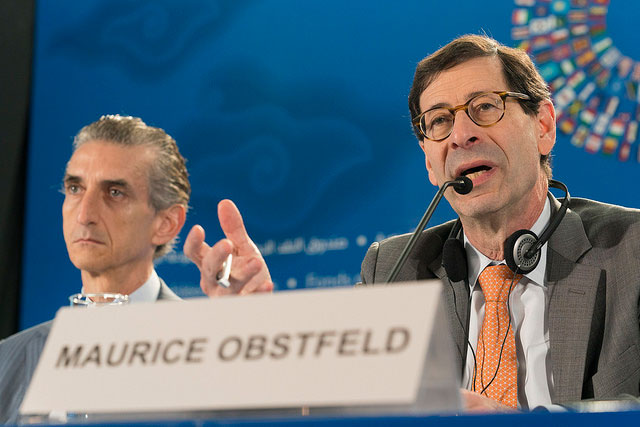 Global growth could plunge to 3.7% for 2019, due to the “possible failure of the Brexit negotiations”.

This possibility generates a feeling of widespread uncertainty. The report comes after a black Monday for Chinese stocks that lost only 5% yesterday.

The International Monetary Fund has indicated Brexit and the trade war between China and the United States as two of the possible threats to global growth.

The report, published during a meeting in Bali, showed that the forecast of economic growth forecast by IMF stood at 3.7%, down by 0.2%, compared to what was forecast in July.

According to the fund, the causes of this setback are to be found in the tariffs imposed by the US and China, by a performance weaker than expected by the eurozone, and by the possible failure of the Brexit negotiations.

The lack of progress in the negotiations has also created a climate of uncertainty.

The escalation of the protectionist policies of the president of the United States, which has led the world’s largest economy to double the tariffs on imports of some Chinese products, has dragged growth forecasts this year. Among the most affected, the United States, France, Germany, and China.

“An intensification of trade tensions and the associated further rise in policy uncertainty could dent business and financial market sentiment, trigger financial market volatility, and slow investment and trade,” the report said.

“An increase in trade barriers would disrupt global supply chains, which have become an integral part of production processes in the past decades, and slow the spread of new technologies, ultimately lowering global productivity and welfare.

Germany, Europe’s economic power, could be particularly affected by a decline in production orders and trade volumes.