In April and October, the bank’s forecast of China’s GDP growth this year was 6.5 percent and 6.7 percent, respectively.

The country’s GDP growth averaged at 6.9 percent in the first three quarters, stronger than market expectations and higher than its target of around 6.5 percent set earlier this year.

“China has maintained its growth resilience and gained reform momentum,” said John Litwack, World Bank lead economist for China. “The authorities have undertaken a host of policy and regulatory measures aimed at reducing macroeconomic imbalances and limiting financial risks without notable impact on growth,” Litwack said, adding that this year has been a “successful” year for the world’s second-largest economy “on many fronts”.

The country has made headway in controlling financial risks as it has cut its overall leverage levels, it said in its China Economic Update, citing the indicator of growth in total credit to the non-financial sector ratio, which declined to 14.1 percent in the first eleven months, compared with 15.9 percent in 2016.

China has also achieved progress in economic restructuring, as contribution of investment to growth has declined while that of consumption rises, the bank said.

The recovery in global trade, as a result of broad-based recovery of the global economy, has been an important factor supporting China’s economic activity this year, the report noted. Net exports contributed positively to growth for three consecutive quarters, compared with a negative contribution in 2015-2016.

The World Bank suggested that China should take advantage of its solid growth to press ahead with reforms.

The bank also warned that as China accelerates deleveraging, reducing fiscal and financial vulnerabilities is likely to come at the cost of slower GDP growth in the near term, although it will improve its long-term economic prospects.

It also said that despite recent improvement in the international environment, there are also external risks to China’s outlook, stemming mainly from the possibility of more restrictive trade policies in advanced countries and heightened geopolitical tensions.

As China’s domestic financial tightening continues, the World Bank expected its GDP growth to slow to 6.4 percent in 2018 and further down to 6.3 percent in 2019.

“Prudent monetary policy, stricter financial sector regulation, and the government’s continuing efforts to restructure the economy and to reign in the pace of leveraging are expected to contribute to the growth moderation,” the bank said. 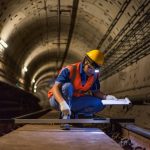