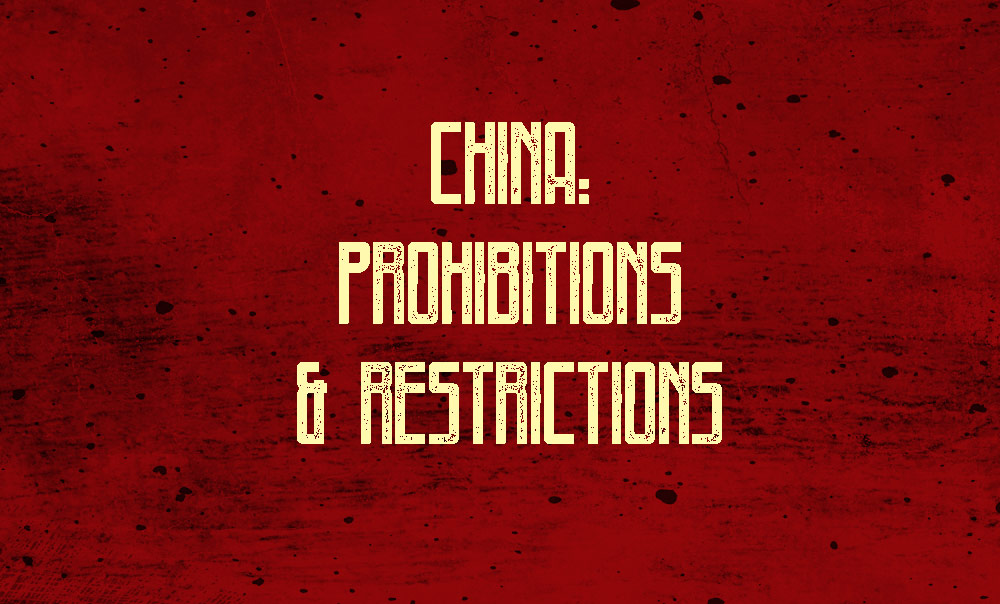 China has some serious Internet censorship issues that limit their Internet users in many ways regarding freedom of speech as well as restricting users to reach and access certain content.

It is well known that Facebook, Google, YouTube, Snapchat, Pinterest and numerous other websites are inaccessible to the Chinese Internet users due to them being inappropriate and not suitable to the government.

China tries to maximize the traceability of online users and from the 1st of October, only Internet users that verify their identity can write posts in forums.

This way, the complete anonymity of the author is erased, as it is easier to track and control what people say online. Also, the users themselves must think whether they really want to post something because there can be dire consequences.

Thousands of various blogs have been suspended due to increased censorship, and new rules and bans appear almost every day. Many journalists have been jailed due to not following guidelines, as journalism apparently has its own tricky set of regulations.

Foreign news websites and press is extremely restricted, and some information-based websites are asked to remove certain details that might seem harmful to the Chinese government.

It can be said that really anything foreign is prohibited in China. China limits the distribution of foreign films and accepts to show only about 30 in movie theaters each year. Mostly, anything related to foreign countries like books, games, videos and other material is banned.

Chinese directors and producers are provided with certain guidelines that they must follow when they are creating visual content. Not only do the Chinese not legally see the newest films created, they cannot access fresh information related to science, business, medicine and other important sectors.

Of course, any political saying or agenda, anything that goes against the Constitution is outright banned in China.

Social order disruption is also out of the question, as is undermining the national security, patriotism and nationalism as well as religion. Any kind of ethnical discrimination is prohibited as well and will not be tolerated.

Even those thinking that they can slip past the rules and post, share anything they want and like are bound to be find out. Chinese Internet providers must log everything and report behavior that is not acceptable to the government, meaning that the users should be extremely cautious either way.

There are a few ways to stay anonymous in China – using a good proxy, Tor browser, SSH tunnel, DNS server or just a high-quality VPN service provider that can bypass the Great Chinese Firewall. Either way, all of these can help not only to stay anonymous but also to keep information private and secure.