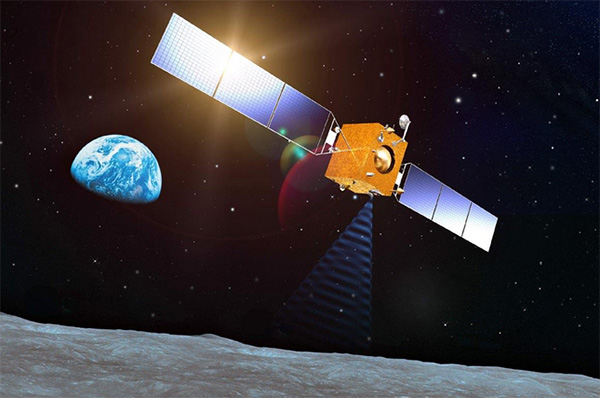 China’s achievements in the space industry in the past five years prove the nation can independently develop its own space technology, and Western countries which used to prevent cooperation with China may think twice, experts said.

They said the breakthroughs in the space industry include the heavy-lift rocket, lunar exploration, BeiDou Navigation Satellite System, and Micius quantum satellite and space station.

“These breakthroughs prove that China can develop its own independent space strategy and is shortening the gap with the other two major space powers, U.S. and Russia. In some areas China has even surpassed them,” Song Zhongping, a military expert who served in the PLA Rocket Force, told the Global Times on Sunday.

“This also proves that the U.S. ban on cooperation with China has failed and was very unwise. This has forced China to develop its space industry independently. With its rapid economic development, China is economically strong enough to achieve innovative goals like the launch of the Micius satellite, which has surpassed the U.S. to some extent, even without any cooperation with the West,” Song said.

Since 2011, the U.S. Congress has banned the country’s space agency NASA from collaborating with China, due to “human rights issues and national security concerns,” Reuters reported.

According to the white paper “China’s Space Activities in 2016,” released by the State Council Information Office on December 27, 2016, China will conduct further activities, including a space transport system, deep-space exploration and space infrastructure, among others. China is also planning to provide space and aviation-related services to Belt and Road countries, such as satellite communications, navigation and weather prognosis.

Major General Jing Haipeng, 51, the first Chinese astronaut to go into space three times and a delegate to the 19th National Congress of the CPC, told the Xinhua News Agency that he and his colleagues are preparing for the next mission on the space station, and that he is “eager to go to space again.” He voiced his desire to go into space as a further demonstration of his loyalty to the CPC, Xinhua said.

“For instance, the U.S. is leading the Mars exploration, so China can start exploring other planets like Venus and Jupiter. The U.S. landed on the Moon first, so our lunar exploration will try to explore new areas, like the use of lunar resources and even the establishment of a lunar base,” Wang said.

“The space industry is vital to national security. China has promised not to militarize space, and will not seek an arms race with other major space powers, but it doesn’t mean we will abandon competition,” Song said.

Competition also leads to better cooperation with other countries. When others acknowledge your capability and even surpass theirs, they will be forced to change their policies and cooperate with you, Song added.

In 2015, NASA Chief Charles Bolden said during a panel of heads of space agencies at the International Astronautical Congress that he believed the ban on cooperation with China was temporary, Reuters reported.

The U.S. should include China in its human space projects or face being left out of new ventures to send people beyond the International Space Station, Bolden said.

The Chinese rover begins its mission on the far side of the moon, images
Previous