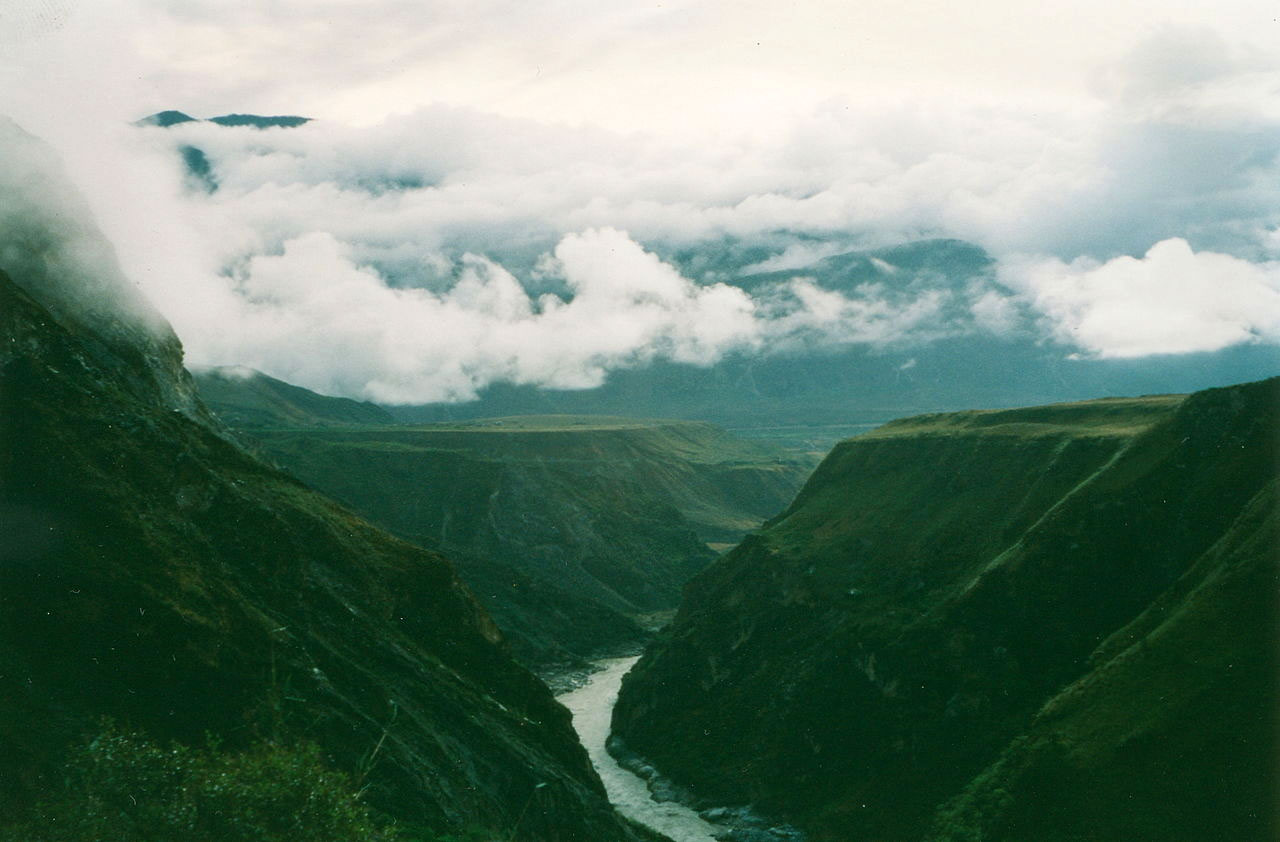 The Three Parallel Rivers (云南三江并流) is a national level tourist area located in Deqen (Diqing) Tourist Zone. Diqing Scenic Zone is in the northwest of Yunnan.

It connects Sichuan in the north and northeast, and Tibet in the northwest, with a total area of 24,000 square kilometers. With many mountains, lakes, and rivers in it, particularly with the development of the Three Parallel Rivers and its neighboring attractions such as Baishui Terrace, Gedan Songzanlin Lamasery, and Potatso National Park, this area has attracted more and more tourists around the world.

Map of the Three Parallel Rivers

In 2003, the Three Parallel Rivers was recognized by UNESCO as a world natural heritage. The three rivers refer to the Jinsha River, the Lancang River, and the Nujiang River. They all originate from the Qinghai-Tibet Plateau. The three rivers run southward almost parallel for about 400 kilometers. The point where they come close to each other is near 27°30’ north latitude where they are only 66.3 kilometers away from each other. Then near Shigu and Bijiang, they separate gradually, shaping a broom like water system. At their estuaries, they are over 3,000 kilometers from each other.

Near the north latitude of 27°30’ is a special landscape where these three rivers descend one by one from east to west. The altitudes of the Jinsha Rive, the Lancang River, and the Nujiang River are respectively 2,100 meters, 1,900 meters and 1,600 meters above sea level, thus forming a steep stair.

The Three Parallel Rivers is beautiful, imposing and magnificent. The altitude within this area is between 700 meters to 6,500 meters. For this reason, this area has almost all types of landscape found in the northern hemisphere and has an abundance of fauna and flora. One vivid saying best describes this scene: “within an area of 10 li are quite different seasons; in one mountain are ten thousand kinds of plants and animals.” 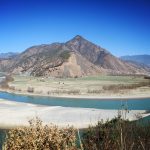 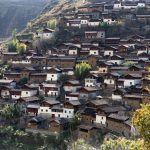 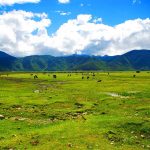 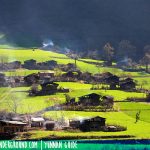 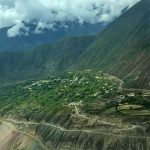 Deqen Travel Guide: at the foot of paradise

2 thoughts on “The Scenic Area of the “Three Parallel Rivers””