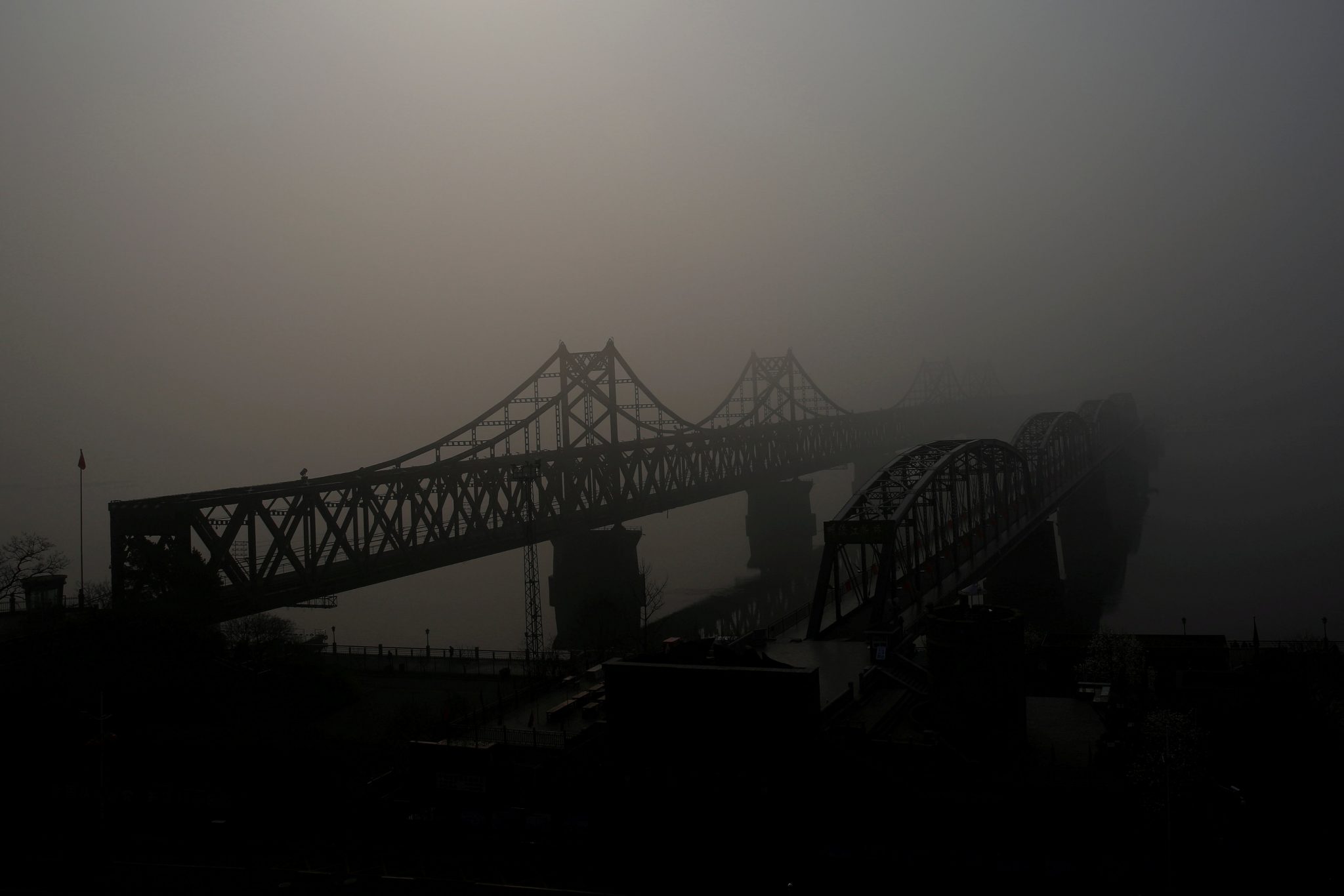 SEOUL/VLADIVOSTOK, Russia (Reuters) – When North Korean leader Kim Jong Un sent Lunar New Year greetings this year, the first card went to Russian President Vladimir Putin, ahead of leaders from China and other allies of the isolated country, according to its official news agency.

By James Pearson and Alexei Chernyshev

Some academics who study North Korea argue Kim could be looking for Russia to ease any pain if China, which accounts for about 90 percent of North Korea’s trade, steps up sanctions against the isolated country as part of moves to deter its nuclear and missile programmes.

There is no sign of any sustainable increase in trade between Russia and North Korea, but business and transport links between the two are getting busier.

A new ferry service starting next week will move up to 200 passengers and 1,000 tonnes of cargo six times a month between North Korea and the Russian port of Vladivostok.

Shipping data on Thomson Reuters Eikon shows there has been a recent steady flow of oil tanker traffic from Vladivostok into North Korean east coast ports.

Last Thursday, five North Korean-flagged oil tankers had loaded up at Vladivostok-area ports and identified North Korean ports as their destination. It was not known what products they were carrying.

Earlier this year, Russian government officials visited Pyongyang to discuss more cooperation in rail transport, according to media reports. A Russian-built railway link between the Russian eastern border town of Khasan and the North Korean port of Rajin has been used to carry some coal, metals and various oil products.

“North Korea does not care about China’s pressure or sanctions because there is Russia next door,” said Leonid Petrov, a North Korea expert at Australia National University.

“Pyongyang has been playing off Beijing and Moscow for half a century, letting them compete for the right to aid and influence North Korea.”

Russia, especially Vladivostok, is also home to one of the largest overseas communities of North Koreans in the world, and they send home tens of thousands of dollars in much-needed hard currency each month.

Speaking at the United Nations last week, Tillerson called on states to sever diplomatic and financial ties with Pyongyang and suspend the flow of North Korean guest workers. The Security Council has not yet agreed on any course of action.

While Russia has not indicated it will oppose U.N. sanctions or seek to dilute them, its ties with the United States are fraught, which could complicate its joining any U.S.-led initiative on North Korea.

Trump and Putin spoke in a telephone call on Tuesday and discussed North Korea, among other issues, both sides said. There was no word of any agreement.

Samuel Ramani, a Russia expert at Oxford University, said support for the Pyongyang regime could bring economic benefits for Moscow. It would demonstrate Russia was “a loyal partner to anti-Western regimes facing international isolation and sanctions”, he said.

“As Russia has close economic links with other countries at odds with the West, like Iran, Venezuela and Syria, this symbolic dimension of the Russia-North Korea relationship has strategic significance.”

The United States is calling for an embargo in oil sales to North Korea, which imports all its fuel needs. China, North Korea’s main supplier, is unlikely to agree because that would be potentially destabilising for the Pyongyang regime, but it may impose curbs on the trade, experts say.

China exports about 500,000 tonnes of crude and 270,000 tonnes of products each year, oil industry sources in China say. Russia, the other major supplier of oil to North Korea, exported about 36,000 tonnes of oil products in 2015, the latest year for which figures are available, according to U.N. data.

Russia has already taken over the supply of jet fuel to North Korea after China halted exports two years ago, according to the industry sources in China.

Russia is also the source of foreign exchange for North Korea, mostly from Vladivostok.

The city of 600,000 people, just about 100 km (60 miles) from the border with North Korea, is home to thousands of North Koreans who mainly work on construction or do home renovations. A city web site advertises “Korean Professional Contractors” and says they work “Cheaply and Fast”.

One North Korean man, who works as a handyman, told Reuters he was obliged to hand over a portion of his income – $500 – to the North Korean state each month. Thin and in his 30s, he did not disclose his monthly income, but said he charged 4,000 roubles (about $70) for a day’s labour.

The man said he had worked in Russia for 11 years, leaving his wife and daughter back home whom he only saw on rare visits.

Like all North Koreans, he wore a badge on his lapel bearing the portrait of late North Korean leader Kim Il-Sung.

“It’s better here than in North Korea,” said the man, who did not want to be named.  “It’s a very difficult life there. Here you can make money.”

But the most symbolic upturn in ties between Russia and North Korea is the start of regular trips of the Mangyongbong ferry from Monday between Vladivostok and the North Korean town of Rajin.

Vladimir Baranov, the head of Vladivostok-based Investstroitrest company, told Reuters his company had chartered the Mangyongbong and would be the general agent for the ferry route. The ageing boat used to ferry tourists between Japan and North Korea, but Tokyo banned its visits in 2006 as part of sanctions against Pyongyang.

An editorial in Japan’s Yomiuri Shimbun newspaper described the ferry service to Russia as “a move that puts a damper on international efforts to strengthen the encirclement of North Korea aimed at halting its nuclear and missile development.”

Still, despite the differences with the United States and the existing links with North Korea, experts say Russia is unlikely to sharp increase trade with Pyongyang because of its low foreign exchange reserves and general unreliability.

“All trade with North Korea has to be subsidised,” said Andrei Lankov, a Russian North Korea expert at Seoul’s Kookmin University. “I do not see the Russian government spending its dwindling currency reserves to support the regime they despise and see as incurably ungrateful, and also prone to risky adventurism”.