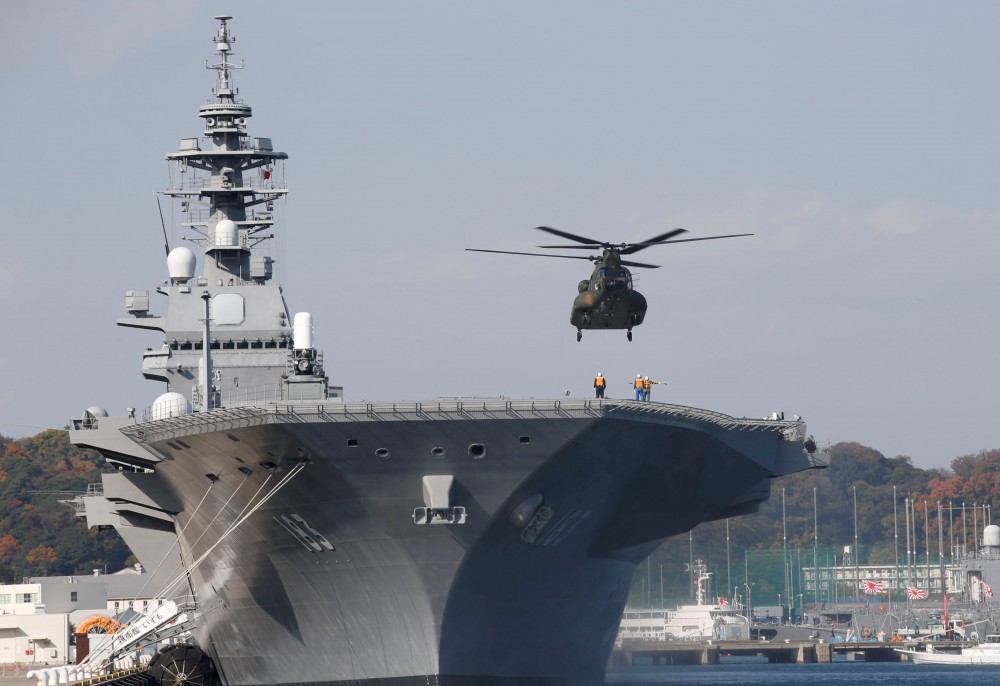 TOKYO (Reuters) – Japan plans to dispatch its largest warship on a three-month tour through the South China Sea beginning in May, three sources said, in its biggest show of naval force in the region since World War Two.

China claims almost all the disputed waters and its growing military presence has fuelled concern in Japan and the West, with the United States holding regular air and naval patrols to ensure freedom of navigation.

The Izumo helicopter carrier, commissioned only two years ago, will make stops in Singapore, Indonesia, the Philippines and Sri Lanka before joining the Malabar joint naval exercise with Indian and U.S. naval vessels in the Indian Ocean in July.

It will return to Japan in August, the sources said.

“The aim is to test the capability of the Izumo by sending it out on an extended mission,” said one of the sources who have knowledge of the plan. “It will train with the U.S. Navy in the South China Sea,” he added, asking not to be identified because he is not authorized to talk to the media.

A spokesman for Japan’s Maritime Self Defence Force declined to comment.

Taiwan, Malaysia, Vietnam, the Philippines and Brunei also claim parts of the sea which has rich fishing grounds, oil and gas deposits and through which around $5 trillion of global sea-borne trade passes each year.

Japan does not have any claim to the waters, but has a separate maritime dispute with China in the East China Sea.

Japan wants to invite Philippine President Rodrigo Duterte, who has pushed ties with China in recent months as he has criticised the old alliance with the United States, to visit the Izumo when it visits Subic Bay, about 100 km (62 miles) west of Manila, another of the sources said.

Asked during a news conference about his view on the warship visit, Duterte said, without elaborating, “I have invited all of them.”

He added: “It is international passage, the South China Sea is not our territory, but it is part of our entitlement.”

On whether he would visit the warship at Subic Bay, Duterte said: “If I have time.”

Japan’s flag-flying operation comes as the United States under President Donald Trump appears to be taking a tougher line with China. Washington has criticized China’s construction of man-made islands and a build-up of military facilities that it worries could be used to restrict free movement.

Beijing in January said it had “irrefutable” sovereignty over the disputed islands after the White House vowed to defend “international territories”.

The 249 metre-long (816.93 ft) Izumo is as large as Japan’s World War Two-era carriers and can operate up to nine helicopters. It resembles the amphibious assault carriers used by U.S. Marines, but lacks their well deck for launching landing craft and other vessels.

Japan in recent years, particularly under Prime Minister Shinzo Abe, has been stretching the limits of its post-war, pacifist constitution. It has designated the Izumo as a destroyer because the constitution forbids the acquisition of offensive weapons. The vessel, nonetheless, allows Japan to project military power well beyond its territory.

Based in Yokosuka, near to Tokyo, which is also home to the U.S. Seventh Fleet’s carrier, the Ronald Reagan, the Izumo’s primary mission is anti-submarine warfare.

By Tim Kelly and Nobuhiro Kubo 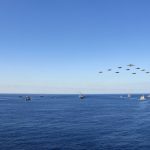 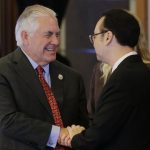