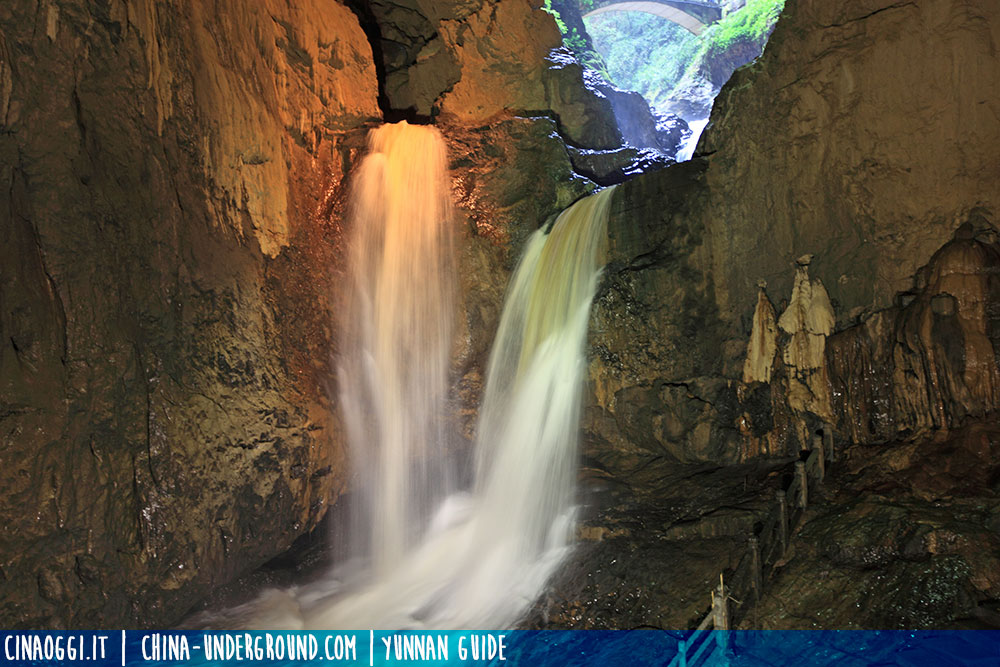 Jiuxiang Limestone Caves, 47 km from the seat of Yiliang County, includes 66 caves in an area of 30 square km.

It is the largest cave cluster both in quantity and scale in China, boasting the home of caves as well as national AAAA scenic area.

Overview of Jiuxiang Scenic Region, introduction to each cave

Jiuxiang Scenic Area lies about 40 kilometers northeast of Yiliang County and is 90 kilometers from Kunming. Reputed as the “Hometown of Caves”, Jiuxiang has the largest network of caves in Yunnan. For this reason, it is labeled by speleologists as “Museum of Caves”. The network of caves here is quite similar to that of the world’s natural heritage ——Skocjan Cave in Dinaric, a Karst plateau in Yugoslavia. Thus Jiu-xiang is called “Oriental Skocjan”. The Karst landform results from the soluble rocks being dissolved by water, which leads to such phenomena as corrosion, sediment, collaps，subsidence, and accumulation, taking on different shapes as stone forests, stone peaks, stalagmites, and underground rivers. Jiuxiang was listed as one national scenic area in 1994, designated as a member of the International Cave Association in 1995, and assessed to be a 4A national tourist attraction in 2001. 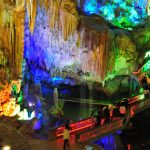 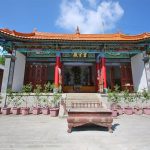 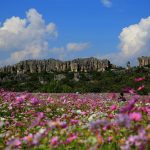 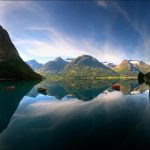 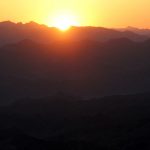 The Temple of the Recumbent Buddha, Baoshan, Yunnan 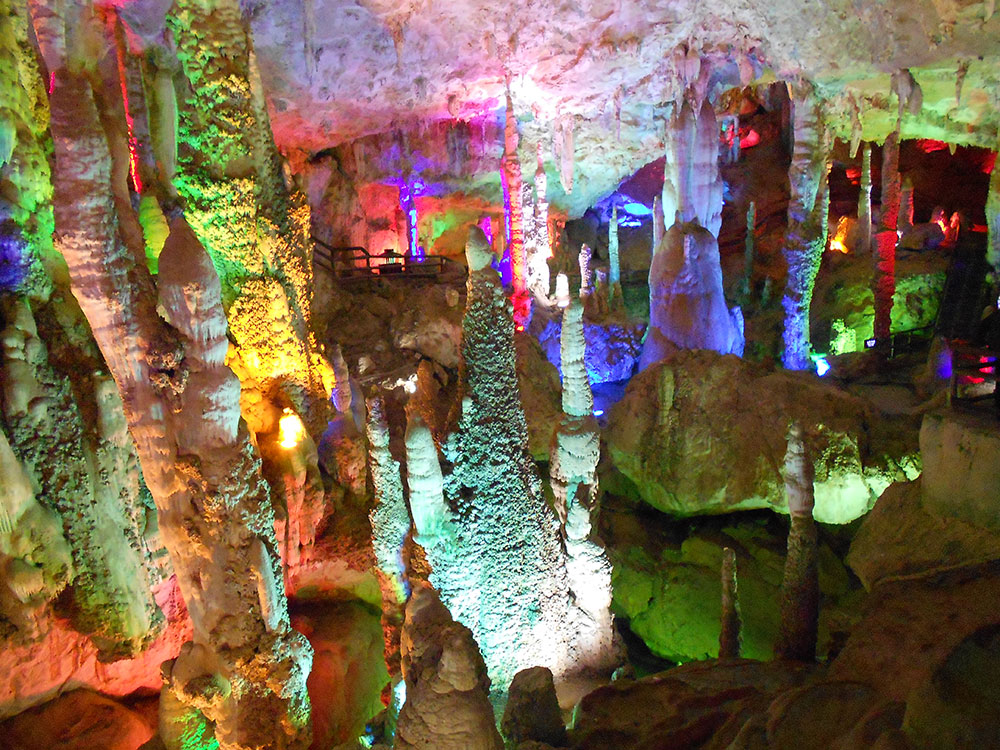 The Green Shady Valley is decorated by towering trees and jagged rocks on both sides. Visit the Valley can be made by taking a boat. Originally, the valley was an underground river with both banks combined together. Later on, the cave coping collapsed, and the river course was exposed to the outside world to form the present valley.

The Scaring Gorge is the largest inside cave in China. When the overhanging cliff was first explored, workers could only come down by tying ropes around their waists. The work was dangerous and any mishap could lead to death. For this reason, this site is named the Scaring Gorge.

The Lion Hall is named after the kneeling lion-like stone in the north of the White Elephant Cave, with an area of 15,000 square meters and a diameter of 200 meters. The hall is composed of two immense rocks, one as the roof and the other on the ground, without any supporting pillars in between. It is formed by the washing at the convergence of two underground rivers about 600 million years ago. This is proved by small holes in the cave ceiling, resulted in whirlpool and air squeezing when two rivers converge.

This cave is said to be the fairyland for Goddess. It is a typical representative of the Karst underground cave. The famous sceneries are “Fairies Welcoming Guest”, “Fairy Coming out of Bathing”, and “Gathering of Gods”. Stones inside are in various shapes such as stalactites, stalagmites, stone flowers, stone pillars, and stone beds. As for length, the site named “Mainstay Supporting Sky” is more than 30 meters high while some stone flowers are less than several inches. In terms of volume, the stone can be as large as a hill or as small as a pearl.

This cave is named after the dragon-shaped underground river (Maitian River) going through the whole cave. Two wonderful sights make this cave glorious.
The first is the “Lovers’ Waterfalls” which are the two flows of Maitian River. Cut by a big rock, these two cascades, flow from a 30 meters cliff into a pond of 10 meters in-depth, and finally merge into one with soaring and thundering sound. The fall looks like a faithful couple ready to die for love by jumping from the cliff hand in hand. In the rainy season, these two waterfalls roll into one like a giant yellow dragon flowing down rapidly and deafeningly. The maximum flow of the waterfall reaches 320 cubic meters per second, which is ranked No.1 among cave waterfalls in China.

The Magic Field, located on a slope in the Lying Dragon Cave, displays a picture of ridge after ridge and tie after tie. This terraced stone field seems to be created by God, which is actually formed by the dissolving of the slowly running water from the cave wall for a long time. Stone field is a common sight in Karst caves; however, such large scale terraced stone fields gracefully combining together in Jiuxiang are extremely rare in China. The largest field covers an area of more than 100 square meters, and the deepest one is 4 meters.

Named after the inhabitation of thousands of bats before developing this cave, the main sight here is dense stalactites. One mysterious view in this cave is called “Underground Upturned Stone Forest”. It is called so because the ceiling is covered with stalactites. Some stalactites are linked up to the stalagmites from the ground and have formed stone pillars; some are approaching each other with a little distance in between, but it will take thousands and even hundreds of thousands of years to get linked.

Diehong Bridge Scenic Spot of Jiuxiang can be characterized generally as grand, unique, dangerous, and elegant. Jiuxiang is a well equipped comprehensive scenic area famous for the cave view, combining the natural landscape outside caves and the minority custom as a whole. It is a typical tourist attraction to show the charm of Yunnan Province.

The Temple of the Recumbent Buddha, Baoshan, Yunnan
Previous