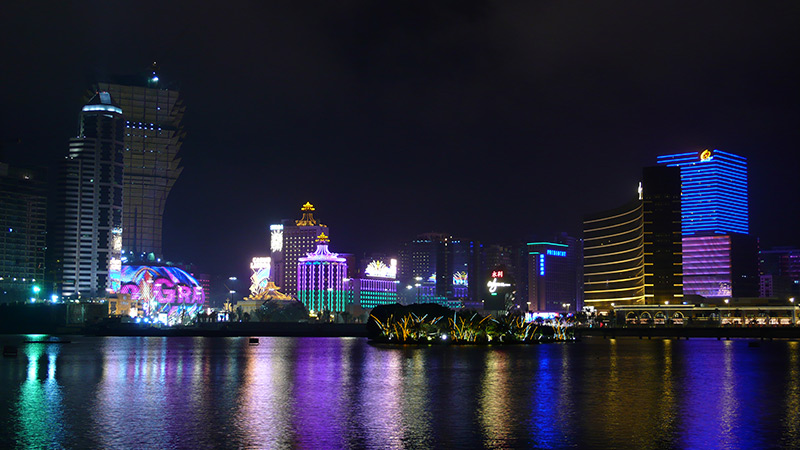 Gambling in Macau: The gambling industry generates only in Macau over 40% of its GDP and 70% of Macau’s government income.

Gambling in China is officially illegal, however, in 2010, the Chinese State Council approved the idea of Hainan as a “testing ground for China’s lottery and gambling industry.” Even if illegal, Chinese can participate in state-run lotteries (China Sports Lottery and the China Welfare Lottery), online gambling, engage in legal gambling in Hong Kong and Macau. Despite being illegal, in the mainland, gambling remains a common practice: betting in card games and mahjong or gambling in clandestine lotteries, unofficial casinos are very common.

The situation is very different in the two special administrative regions of Hong Kong and Macau, where gambling and betting are legal and regulated. Since 1977, people in Hong Kong are allowed to gamble for leisure at a limited number of authorized outlets under the Gambling Ordinance which limits excessive gambling. Officially, casinos are illegal in Hong Kong. However, there are legal Mahjong schools, where gamblers can play Mahjong.

History of gambling in Macau

In 1850, gambling was legalized in Macau, the so-called “Monte Carlo of the Orient” and “Las Vegas of the East”, in an attempt to generate revenues for the Portuguese government, introducing a licensing system for the Chinese gambling houses (fantan houses). They were required to pay gambling rent to the government. In 1930, “Hou Heng Company”, headed by Fok Chi Ting, historically won the monopoly concession for operating all forms of approved casino games.

Upon granted the monopoly concession, “Hou Heng” started its casino business at the “Central Hotel” located in the Avenida Almeida Ribeiro and the previous “Victoria Cinema” (where the Tai Fung Bank is located now) respectively.
In 1937, Tai Heng Company was granted the second casino monopoly concession. “Tai Heng” converted the “New Central Hotel” in Avenida Almeida Ribeiro into its flagship casino and introduced Baccarat (the most popular game at the present time) and many new western game types. In 1962 the government granted a syndicate formed by Hong Kong and Macau businessmen, the Sociedade de Turismo e Diversões de Macau (STDM). STDM introduced western-style games modernizing the marine transport between Macau and the British colony. In 1986 the license was extended for another 15 years and expired in 2001. After its return to China, becoming a Special Administrative Region, there were no changes to the gambling policy in Macau.

Today 33 casinos are operating in Macau, of which The Venetian Macao is the biggest. The main actors are Las Vegas Sands (4.8 billion revenues in 2011), SJM Holdings (9.7 billion revenues), and Galaxy Entertainment (4.2 billion revenues). In May 2004, the first casino of Venetian, Casino Sands, was opened.  It was the first-ever gaming investment project developed by an American company in Asia while Asian iGaming market is growing a dizzying rate.

Beginning in 1934, casinos’ ownership and operation was centralized. The casino industry was controlled by the STDM monopoly for 39 years.

Another very popular form of gambling is betting at the Macau Jockey Club (formerly the Macau Trotting Club) and the Greyhound racing Canidrome. Horse racing activities appeared long before in 1842, but it was only until 1927 that there were organized races. Horse-racing takes place at the race-course on Taipa Island every Tuesday and Saturday or Sunday. The race-course has an area of 450,000 square meters and 18,000 seats for gamblers. There are many types of betting: Internet betting introduced in 2003, On-course betting, Off-course betting, telephone betting, Fast Access Terminals, HK Service Centre set up in Hong Kong,