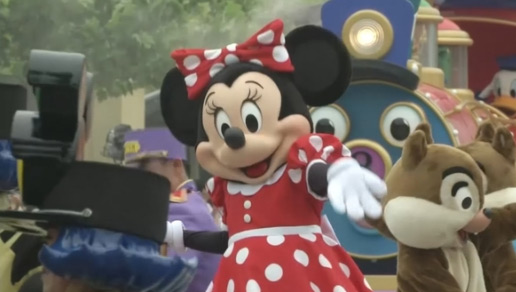 Disney has been showing off its newest theme park in Shanghai one day before its grand opening.

Its CEO hailed it as China’s Disnaeyland rather just Disneyland in China. But as Kate King reports, the day was tarnished by a tragic alligator attack on a two-year-old boy at Walt Disney World in Florida. Disney’s betting 5 and half billion dollars on China, but is it a case of reinventing the wheel? The new Shanghai Disney boats the Magic Kingdom’s tallest fairycastle and its longest musical parade, filled, of course, with many of its familiar characters. The company estimates there are 330 million people within a three hour radius of Shanghai who can afford to come to the park. But whether they choose to, is another story. Disney is facing competition from developers building Chinese parks on homegrown cartoon characters.

China invests in garlic boom: some investors switch from stocks to garlic