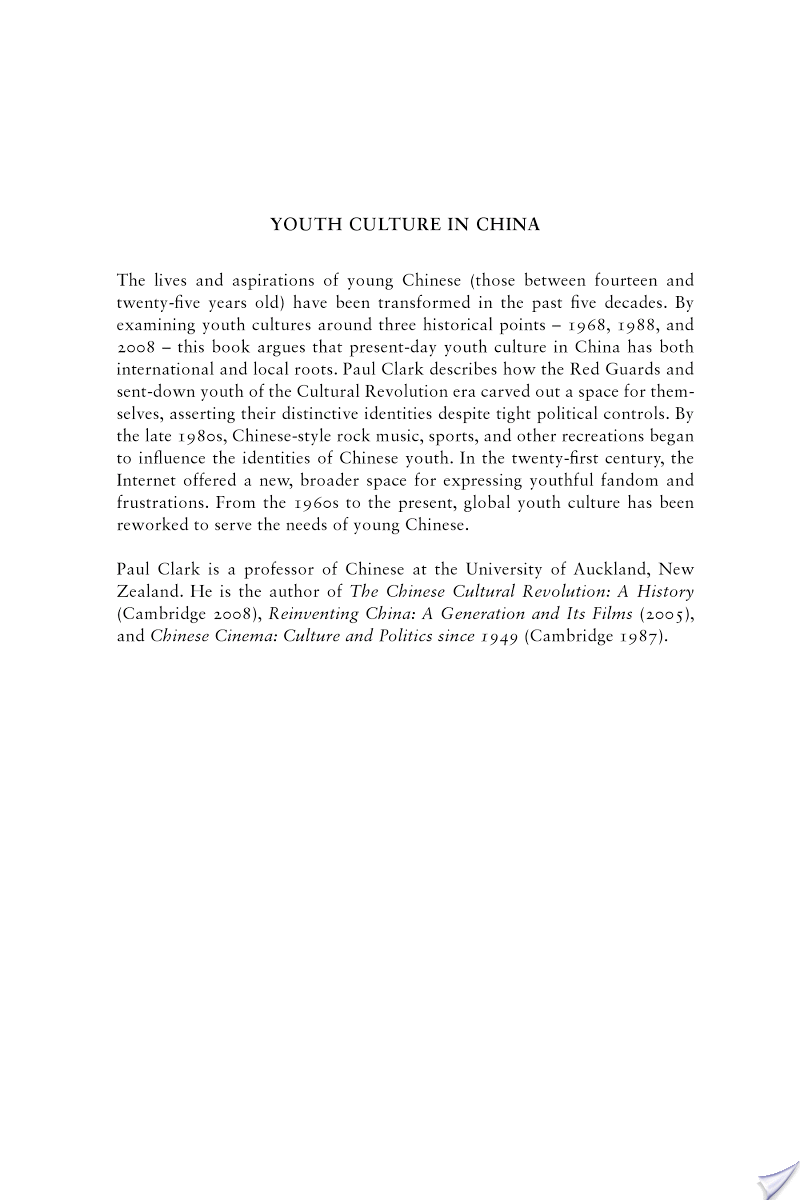 The lives and aspirations of young Chinese (those between 14 and 26 years old) have been transformed in the past five decades. By examining youth cultures around three historical points – 1968, 1988, and 2008 – this book argues that present-day youth culture in China has both international and local roots. Paul Clark describes how the Red Guards and sent-down youth of the Cultural Revolution era carved out a space for themselves, asserting their distinctive identities, despite tight political controls. By the late 1980s, Chinese-style rock music, sports, and other recreations began to influence the identities of Chinese youth. In the 21st century, the Internet offered a new, broader space for expressing youthful fandom and frustrations. From the 1960s to the present, global youth culture has been reworked to serve the needs of the young Chinese.