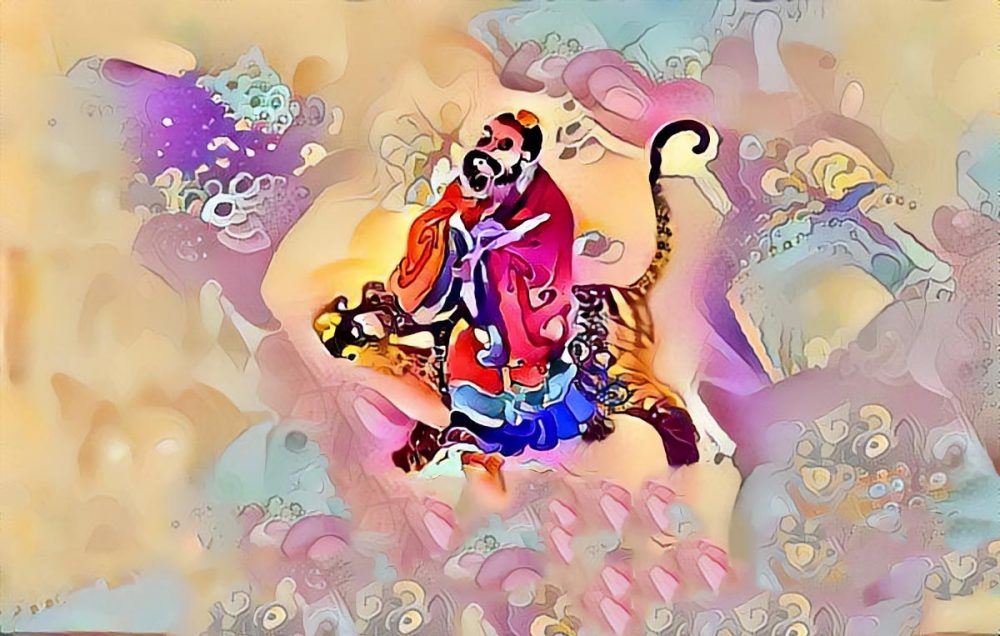 The Origins of the Way of the Celestial Masters

Tianshi Dao, or the Way of the Celestial Masters, lays the foundations for what will be the much broader revolt of the Yellow Turbans.

The Way of the Celestial Masters was founded by Zhang Ling, also known as Zhang Daoling. In 142 Zhang Ling succeeded in controlling a theocratic state in the region that is correspondent to today’s Sichuan. Zhang was likely originally from Feng County in Jiangsu and is said to have been descended from Zhang Liang, the great strategist and statesman of the Han Dynasty. Zhang was born in the tenth year of the reign of Emperor Guanwu. His training began at a young age with the reading of the Daodejing, which is the main text of the Taoist doctrine. He later followed his studies at the Imperial Academy. He served the state as a magistrate in Jianzhou, in the Ba commandery (corresponding to today’s Chongqing area), during the reign of the Ming Imperator. He later retired and led a hermit life at Beimang Mountain where he tried to study ways to acquire longevity. When he was recalled to serve as boshi, the current equivalent of a professor, at the imperial academy, he refused, citing his illness as the reason. Emperor He himself pressed him to become imperial tutor (taifu), but he again refused. According to the legends, in 142 Laozi appeared to him in Heming Mountain and announced to him that the world would soon come to the end, followed by a new era, of the Great Peace. Laozi explained to him that anyone who followed his precepts would be admitted to a new life under the sign of the Orthodox Alliance of Powers. Through this alliance, Zhang and his followers would have access to heavenly powers to control the fate of humanity.

Way of the Five Pecks of Rice

Laozi told him that he should eradicate the decay that was corrupting the world and establish a new state made up of chosen people. Zhang thus became the first Celestial Master and began to spread his teachings in Sichuan. The spiritual movement was initially called “Way of the Five Pecks of Rice” since each person who wished to join the group had to donate five pecks of rice. Zhang soon founded the first community. One of the group’s rules was to refuse food and animal sacrifices. The first true pantheon of Taoist deities was formed through the teachings of Zhang. Around this time he wrote a commentary on the Daodejing which is presumed to be the Xiang’er. According to tradition, Zhang died in 156 during the reign of Emperor Huan at the ripe old age of 123. According to the Taoist legends, he did not die but ascended to heaven becoming immortal. The movement grew quickly, particularly through their son Zhang Heng and grandson Zhang Lu.

Their revolt against the Han regime takes its name from the movement. After the success of their revolt, in 184 they founded the theocratic state of Zhang Han in the Hanzhong Valley in Sichuan. In 215, Zhang Lu was defeated by Cao Cao, the ruler of the Wei Kingdom, and surrendered after gaining the status of state religion in return. Zhang Lu was granted a noble title and land, as were several of his generals and family members. His daughter also married Cao Cao’s son, Cao Yu. His followers were forced to settle in other areas of China. One group, in particular, took refuge in Chang’an and another in Luoyang. Zhang remained at the Han court until she was moved to Wei. Eventually, he used his acquired popularity as a religious leader to bestow upon the Wei court the divine right conferred upon it by the Taoist church as well as by Confucian legislation.

Legacy of the Heavenly Masters

However, the Wei kingdom collapsed in 260 under the pressure of the nomadic peoples of the north. The legacy of the Celestial Masters did not go away as two distinct movements known as the Northern and Southern Celestial Masters re-emerged in the fourth and fifth centuries. After the fall of Luoyang in 311 to the attacks of nomadic populations, some members of the court took refuge in Jiankang (today’s Nanjing) and established the Kingdom of Eastern Jin. Among the members of the fleeing court were also some Celestial Masters who gave birth to the Celestial Masters of the South. This group managed to survive until the fifth century. During that confused and uncertain era represented by the Northern and Southern Dynasties, even the Celestial Masters’ Movement somehow managed to survive. In 215 a group of followers settled in the northern regions of China and led by Kou Qianzhi, a Taoist hygienist and doctor, succeeded in establishing a Taoist theocracy in the Wei dynasty, becoming the Celestial Master of the Northern Wei Dynasty. After Kou died in 448, Prime Minister Cao Hui challenged the Wei regents. Dissatisfied with his insubordination, Cao Hui was executed in 450, ending the theocracy.

According to the original doctrine of the Five Pecks of Rice, qi, the breath of life, pervades everything, and to pursue immortality, the right balance of qi present in the body must be obtained. An unsatisfactory amount of qi leads to illness first and then death. Meditation is the main tool for restoring qi in the body; sex must be avoided as it results in a loss of qi. If the correct balance of qi is achieved before death, the follower can then defeat death and be reborn into a new life after their spirit has passed through the Palace of Great Darkness. If not, the follower is transported to an earthly prison where he will face eternal torment.

There are three types of qi: yin qi, yang qi, and mixed qi. The purpose of the Taoist is to transcend to a higher state. To achieve this goal one must preserve and harmonize the internal spirits. Only through meditation can this goal be achieved. According to the doctrine professed within the Hanzhong community, everyone is originally ill due, as we have seen, to the continuous loss of qi. To eradicate any disease, one must stop this loss, through meditation in the Chamber of Silence, reflecting on one’s sins, beating one’s chest, and bowing to heaven. The disease can also be cured by administering medicinal herbs and listening to ritual music. A moderate diet is also of fundamental importance: the ideal diet would consist of total fasting, feeding exclusively on air that a person can absorb through meditation. According to the creed of the Celestial Masters, sexual practices are a method of perfecting the balance of internal spirits. According to this doctrine, the seed is the embodiment of qi. If someone ejaculates too often, their life will shorten. According to the Xiang’er commentary, a person should not have sex for reproductive purposes. The Celestial Masters were substantially opposed to the Taoist practice of heqi, or the Union of breaths, which was believed to bring great benefits and help to achieve immortality through non-ejaculation during sex to feed the brain and not disperse the qi.

Hanzhong state was divided into 24 districts led by an official. Each district, connected to one of the five phases of the 24 periods of the year and one of the 28 constellations of the zodiac, had a civil register on which the names of the inhabitants and their rank were noted. Each inhabitant was assigned to a particular district based on their zodiac sign. Three times a year the registers were updated. While the social status of children automatically increased, adults’ status was inseparably linked to their commitment to religious doctrine or could be enhanced through marriage. The high-ranking people had 240 armies of divine spirits in their wake consisting of 2400 generals, 2400 officials, and 240000 soldiers capable of fighting the demons that caused ill-fortune and disease. Public affairs and religion were heavily linked. New cult members were divided into groups by their instructors. The neophytes were instructed to follow the precepts of a catechism. These instructors were entrusted with both religious and administrative purposes. The rank of each citizen was determined by how many divine generals were available to him and the number of divine scriptures they had managed to obtain. The generals fought the demons. One person received his first general at the age of six, and through a series of ceremonies, new generals were assigned, reaching a higher rank, until the age of ninety. The marriage made it possible to unite two “armies” giving a couple the possibility of having up to 150 generals. After marriage, new generals could only be obtained through religious practices. At certain dates of the year, such as equinoxes, some celebrations were held during which the masters spread their teachings. During these holidays, banquets were also held and food was offered to the gods. Banquets were also organized in conjunction with births or deaths to bring happiness, as opposed to evil.

The state was based on a system of laws that encouraged confessions and benevolence rather than punishment since there was no difference between criminal behavior and sin. Criminals were therefore required to confess and meditate; their sentences mostly consisted of public service jobs. Each criminal, therefore, had to write three confessions that would be offered to the Lord of Heaven, the Lord of the Earth, and the Lord of Waters. For a minor offense, the criminal was typically required to repair a road. A repeat offender was asked to donate building materials. Other laws also prohibited alcoholic substances and prohibited the killing of animals during the spring and summer months. 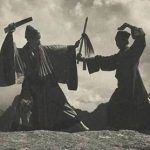 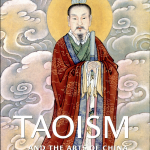 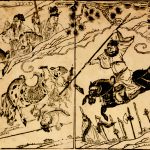 The Taoist Rebellion of the Yellow Turbans 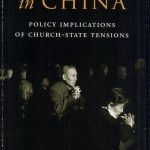 The Taoist Rebellion of the Yellow Turbans

God and Caesar in China
Previous