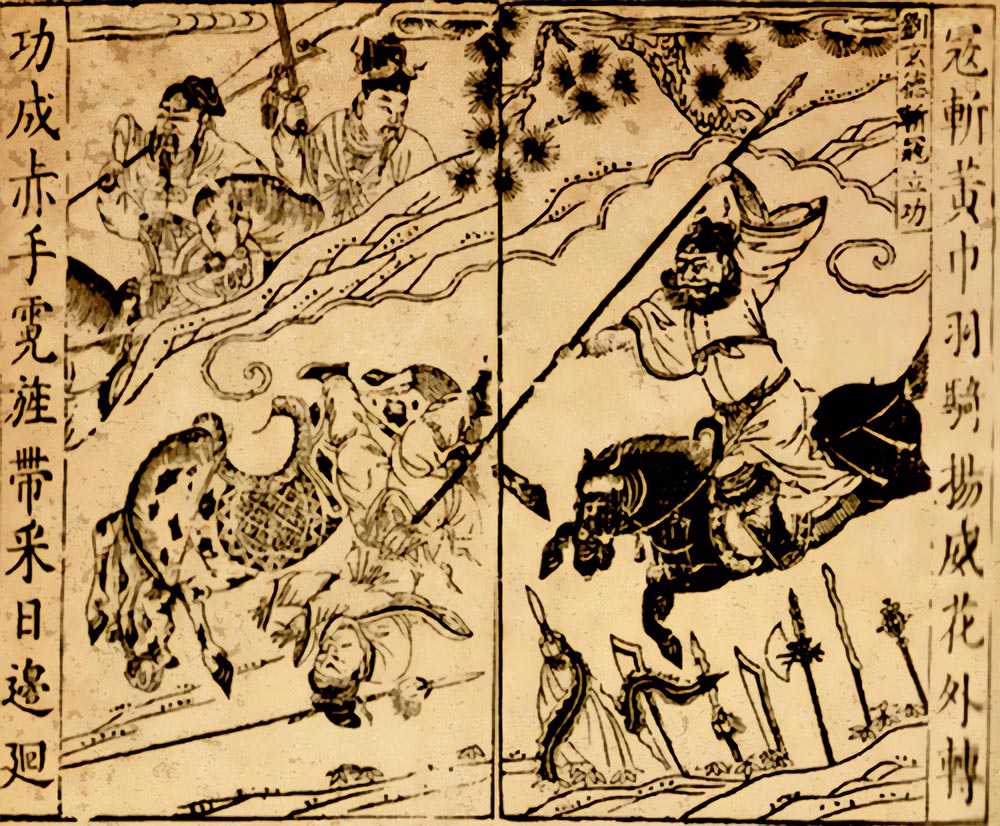 The revolt of the Yellow Turbans, 黄巾之乱, or the Yellow Scarves Rebellion, is the first revolt affiliated with the Taoist secret societies and has gone down in history also to serve as a background to the famous Chinese literary work “The Romance of the Three Kingdoms”.

These uprisings, which exploded in 184 AD. during the reign of Emperor Ling of the Han Dynasty, are of peasant origin. Once again the triggering reason is to be found in the agricultural crisis that had struck the peasant classes. The north was hit by a great famine; driven by the search for food and relief, northern farmers along with small landowners of military origin moved south in search of fortune. The general conditions worsened due to the flooding of the Yellow River. Furthermore, the peasants were oppressed by the tax burden required to maintain the fortifications along the Silk Road and to support the garrisons in defense of the borders, continually harassed by the incursions of neighboring populations. In this situation, in 170, small landowners who had seen their land stolen from large landowners, landless peasants and unemployed soldiers began to spontaneously form armed gangs and small private armies, undermining the land for a potential conflict. At the same time, the Han Dynasty was experiencing a time of internal weakness. The power of the landowners became a threat to the Empire, while that of the eunuchs grew within the court. Under the influence of powerful eunuchs, the emperor granted more and more power. The ten most influential eunuchs formed the Group of Ten Attendants and one of them, Zhang Rang, was named “Foster Father”. The government, corrupt and unable to provide solutions to floods and famine, seemed to have lost the Heavenly Mandate to rule, at least this was the interpretation that was beginning to spread.

In this situation of growing chaos, the apocalyptic Taoist sect of Zhang Jue, also known as Zhang Jiao, identified the decadent Han dynasty as the real enemy to face. According to some sources, he was the grandson of Zhang Daoling, the founder of the Taoist sect “The Way of the Heavenly Masters”. However, this kinship was probably built to give prestige to Zhang Jue. Zhang led the Yellow Turbans with the young brothers Zhang Bao and Zhang Liang in a campaign called “The Way to Heaven” or “The Way of Peace“.

The brothers had started a Taoist sect in Shandong. They were healers and generally served their poorest patients for free driven by the poor conditions of the peasants and the abuses of the local government. The rebels were followers of the movement “The Way of Supreme Peace” and worshiped the deity Huang-Lao who according to Zhang Jue had given him a sacred book entitled “The Crucial Keys of the Way of Peace“. Zhang claimed to be a magician and had been awarded the title of “Great Teacher“. The sect taught the principles of equality among all peoples and the egalitarian distribution of the land. When the riot broke out, the motto was a sixteen-word slogan (in Chinese) created by Zhang Jue:

“The Azure Sky is already dead; the Yellow Sky will soon rise.
When the year is jiǎzǐ, there will be prosperity under Heaven!”

Since all three brothers were healers, they passed on their teachings to their patients who in turn spread the message to the rest of the peasants, using the same technique used by Mother Lü: helping the weak seemingly for free, and manipulating them in a second moment.

Like the sect of the Celestial Masters, Zhang used confession and faith to heal sins. The religion and policies of the Zhang brothers were founded on an apocalyptic change in the order of the world and they told their followers that on a certain date, the new sexagenary cycle would begin, the sky would turn yellow, and under the new constellation, the Han Dynasty would come to an end, starting a new era. The jiazi characters, which indicated the date of the next fall of the empire, became the symbol of the inevitable change and later in battles, the followers of the Zhang brothers would wear yellow turbans on their heads as a symbol of recognition, borrowing this element from the Red Eyelashes‘ tradition. Almost all the religious practices of the sect consisted of collective activities (meditations, trances, parties). A common belief consisted in listening to music and singing, burning incense, and singing sermons. Numerous Xiongnu and Yufuluo, two nomadic peoples from the north, had joined the sect. According to some academics, some of Zhang Jue’s teachings may have a shamanic derivation since he was a mystical healer with a direct link to Heaven.

Zhang sent his disciples to various regions of northern China to obtain the necessary support for the success of the uprising and to organize his followers. Driven by dissatisfaction and deprivation, it was not difficult to obtain the support of local populations and officials. The rebels also could even count on unexpected allies within the imperial court and managed to organize themselves while the government was completely unaware of what was about to unleash. The rebels were mainly concentrated in three areas. The group led by Zhang and his brothers had settled just north of the Yellow River region, near the Julu Territory, in the Wei Commandery. A second major uprising took place in the Guanyang and Zhuo commanderies in You province, not far from today’s Beijing. The third center of the uprising took place in the areas of Yingchuan, Runan and Nanyang. When Zhang Jue was about to rise, he was betrayed and his followers in Luoyang were arrested and executed. The revolt broke out early in the second month of 184. Although the time was not yet ripe, tens of thousands of men rose and government offices were looted and destroyed. During the first weeks of the fighting, Emperor Ling’s main concern was to track down and eliminate traitors in the capital and prepare the city’s defenses. General-in-Chief He Jin, the half-brother of Empress He, was given the task of crushing the revolt in the capital. During the third month of the year, once these preparations were completed, three armies were sent to break the revolt. One was sent against Zhang Jue. The other two, commanded by Huangfu Song and Zhu Jun, attacked the rebels in Yingchuang, Runan, and Nanyang. Zhu Jun requested the support of General Sun Jian who came from the lower Yellow River area, not yet reached by the revolt and therefore able to provide reinforcements to the imperial armies. Also during the third month of 184, the commander of the Yellow Turbans Zhang Mancheng defeated and killed the Grand Administrator of Nanyang, and the following month, in the early summer, the imperial army led by Zhu Jun was wiped out by the forces of Bo Cai in Yingchuan; at the same time, the imperial forces suffered another defeat in Runan. Towards the middle of 184, however, fate seemed to turn. Around the fifth month, the combined forces of Huangfu Song and Zhu Jun defeated Bo Cai, and the following month they destroyed the Runan rebels in the Battle of Xihua in today’s Henan. Then the two generals separated, Huangfu headed north to attack the rebels along the Yellow River, and Zhu headed for Nanyang instead. Meanwhile, Nanyang’s new Grand Administrator had already defeated and killed Zhang Mancheng. Despite these constant defeats, the rebels had managed to seize the region’s capital, Wan. 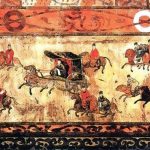 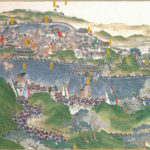 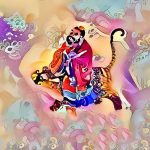 The Way of the Celestial Masters, the first great Daoist sect 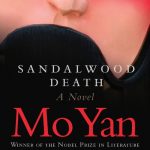 The fall of Wan

Thus, for the following months, the focus of the battle took place right around Wan until the inevitable fall of the rebel city. The fall of Wan represents the last major defeat of the rebels. Their forces in the north had been destroyed in the field during the summer campaigns of the imperial army. Their strongholds had been besieged and captured, and the three Zhang brothers had been killed. The survivors were chased and executed by the various provincial forces in a series of military operations. In early 185, the imperial government proclaimed the celebration of the era of pacification (Zhongping). Despite numerous defeats, the revolt broke out again two months later. In 185 it reached the Taihang Mountains, along the western border of Hebei, in 186 it reached Shaanxi, Hebei and Liaoning, in 188 it reached Shanxi. During the same year another uprising broke out in Sichuan, but this last episode is not linked to the riots of the Yellow Turbans. In 192, warlord Cao Cao subdued the rebel armies after their forays into the Yan region. The uprisings ceased in 205.

Although the Han had been victorious against the Yellow Turbans, the conflict left numerous wounds: the local government offices had all been damaged; the officials killed; thousands were executed; immediately after the uprisings, the government, unable to restore order, was threatened by the creation of armed gangs that raged everywhere. Central power was therefore heavily weakened to the detriment of local administrations who had instead seen their power strengthened. All these consequences could not fail to threaten the fate of the dynasty that ended up collapsing in 220.

The Way of the Celestial Masters, the first great Daoist sect