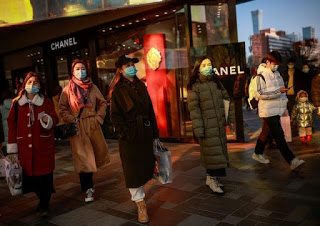 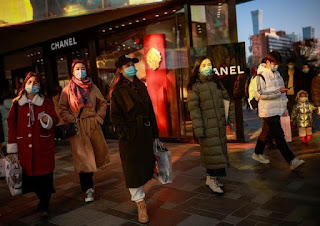 That haul topped the 2019 record of 5.9 billion yuan, bringing year-to-date revenues in excess of 10 billion yuan, state media said, in a movie market that last year surpassed the United States as the world’s biggest.

Investors welcomed the boom, pushing shares of entertainment firms such as IMAX China Holding Inc and Alibaba Pictures Group Ltd, to multi-month highs on Tuesday after the crisis-induced slump through much of last year.

“It’s pent-up demand, due to the virus controls and also higher ticket prices, that is behind the hefty box-office sales,” said a user on China’s Twitter-like Weibo, nicknamed Tianjin Share Guru.

The top draw was “Chinatown Detective 3”, a buddy action comedy set in Japan’s capital of Tokyo, with sales of 3.4 billon yuan, while “Hi Mom”, a time-travel comedy about parenthood and family relations, came in second, raking in 2.4 billion.

The moviegoing frenzy was fueled by workers and office staff who heeded the call from authorities to stay in the cities where they were based, rather than traveling home, in a bid to rein in a resurgence of infections that began in January.

Transport ministry data shows passenger trips fell 70% nationwide over the two weeks before the Lunar New Year, which began on Friday, from the corresponding period two years ago.

Some moviegoers got free tickets from local governments such as that in the business hub of Shanghai. 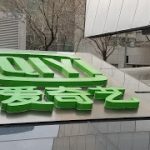 Chinese Streamer iQIYI Points to Recovery After a Difficult 2020

But not everyone was happy, as tickets could be hard to get and more expensive than usual, partly since most cinemas halved occupancy as part of crisis curbs.

Although prices averaged about 50 yuan, up from 45 yuan during the 2019 holiday period, they often exceeded 70 yuan and even reached 150 yuan.

“Chinatown Detective was sold at 143 yuan, isn’t that robbery?” said one movie fan on Weibo.

Chinese Streamer iQIYI Points to Recovery After a Difficult 2020