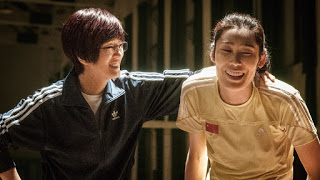 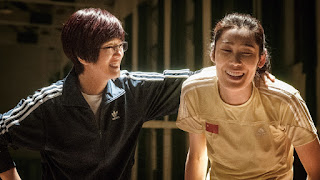 (Variety) Gong Li became a star in Zhang Yimou’s 1988 “Red Sorghum,” her film debut. Since then, she has headlined dozens of films from China, Hollywood and elsewhere; she says the new “Leap” offered her “the hardest role I’ve ever played, but the best role.”

The film, directed by Peter Ho-Sun Chan, is China’s submission for Oscar’s international film category. Gong plays Lang Ping, who was the MVP of women’s volleyball at the 1984 Olympics, then coached the U.S. women’s team to a silver medal in 2008. When her China women’s team won the gold medal at the 2016 Rio Games, Lang became the first person, male or female, to win volleyball gold as both a player and a coach.

Gong describes one of her biggest challenges: “Lang Ping is so well known and so beloved, not only to Chinese people, but around the world. People are very impressed with her.” The actor says she felt under the microscope: “People would either call me a success or failure; there was no middle ground. So taking the role was very risky. Watching the movie, I felt relieved.”

Gong, who has played glamorous roles in such films as “Raise the Red Lantern,” “Memoirs of a Geisha” and the 2020 “Mulan,” transforms herself physically so much that “I felt like I became Lang Ping.” She laughs, “Some people were calling me Gong Lang.”

As for the idea of an Academy Award nomination for the film, she says, “Chinese people take Oscar very seriously. Most Chinese people follow the Oscar ceremony, so if we get nominated, or even win, that would make Chinese people very excited.”

“Leap” could do well in its Oscar hopes. It’s a well-made, touching crowd-pleaser, and Academy of Motion Picture Arts & Sciences voters have often embraced sports films, starting with the 1931 “The Champ,” for which actor Wallace Beery and writer Frances Marion both won the gold statuette.

Gong’s parents were professors and expected her to follow. But she wanted to act, so enrolled in the Central Drama Academy.

“When I was young, I didn’t understand movies; we did not have a lot of movies imported. After I entered the Academy, we watched a lot of movies. I saw ‘The Godfather’ over and over; that was like a textbook. I learned from watching Al Pacino, Robert De Niro; they inspired me. After that, performances like Meryl Streep’s were really helpful.”

In preparation, she went to training camp for 15 days. “I saw how Lang Ping coached her team. She is very strict, and has a unique way of directing: She does not criticize her team members, but uses the method of encouragement.

“We were shooting with actual team members. I told them ‘Just be yourself. We have editing, but there is no special effect to create your facial expression or to edit your true heart. So just act with your true heart.’”

Gong has lofty goals for the film. “I hope people can get to know the Chinese national women’s volleyball team, especially during a sensitive time like this. We need to have positive energy so we can face reality, and so we can live, and through the movie give people more courage and more positive energy.” 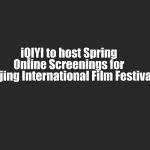 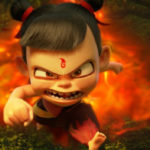 Stills of Zhang Ziyi and Zhou Yiwei in The Rebel Princess