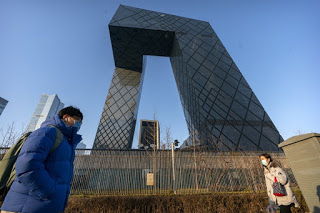 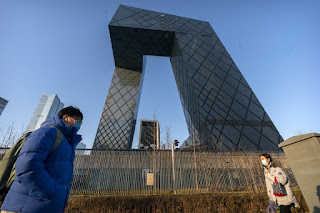 CGTN had been available on free and pay TV in the U.K. It did not respond immediately to requests for comment.

Regulators started looking into the station after receiving a complaint from a human rights group, Safeguard Defenders, calling for an investigation into its ownership.

Ofcom is also continuing to investigate a slew of other complaints that it violated rules on fairness and accuracy. One was from a former British Consulate employee in Hong Kong who said he was detained and tortured by Chinese police for information on protesters. Another was by a British corporate investigator who said he was forced to confess while imprisoned in China. CGTN did not respond to requests for comment on those claims at the time, and Ofcom said its rulings are still pending.

The decision adds to fraying ties between Britain and China, already strained by U.K. efforts to address alleged human rights abuses against the Uighur minority in Xinjiang and widen residency rights for Hong Kongers.

The Chinese Foreign Ministry responded with renewed criticism of the British Broadcasting Corp., specifically a Jan. 29 report on COVID-19 in China, calling it “typical fake news” and demanding a public apology. It said “China reserves the right to take further measures.”

The U.K. watchdog said it found the entity that held the station’s license, Star China Media Limited, didn’t have editorial responsibility for CGTN’s output, which is a licensing requirement. Star China was merely the channel’s distributor and none of the employees involved in day-to-day operations or decision-making were its employees.

An application to transfer the license to China Global Television Network Corporation as part of a planned restructuring was rejected because “crucial information” was missing, Ofcom said. But it also failed “because we consider that CGTNC would be disqualified from holding a licence, as it is controlled by a body which is ultimately controlled by the Chinese Communist Party,” it said.

China Orders BBC Off the Air in Its Territory 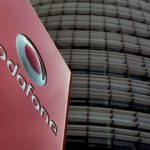 The watchdog said it gave CGTN “significant time” to comply but those efforts “have now been exhausted.”

“Following careful consideration, taking account of all the facts and the broadcaster’s and audience’s rights to freedom of expression, we have decided it is appropriate to revoke the licence for CGTN to broadcast in the U.K.,” Ofcom said.

In a separate case, Ofcom said it expects to decide soon on sanctions for CGTN for breaching impartiality rules in coverage of Hong Kong pro-democracy protests.

Losing its British broadcasting license is a major setback for CGTN, which has been a key element of the Chinese government’s push to expand its soft power and burnish its image abroad. The channel had established a European operations hub in West London and had gone on a hiring spree for journalists to staff it.

CGTN can appeal the decision by applying for a judicial review. It could also try to get the license back by resubmitting its application with proof that it’s editorially independent, Ofcom said.

China Orders BBC Off the Air in Its Territory