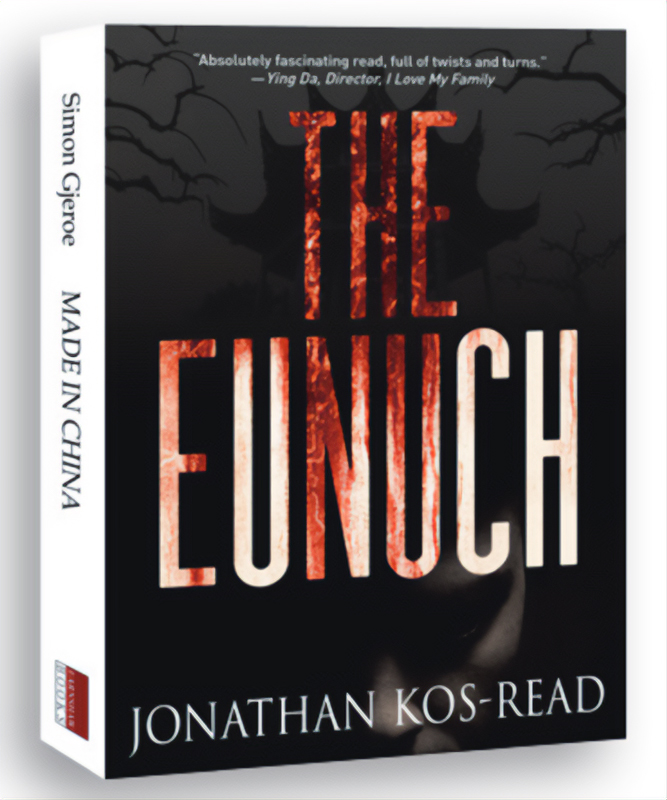 The Emperor has brutally killed one of his concubines, something which, everyone admits, he has every right to do…

Or did he? In the bitterly cold winter of 1153, the Eunuch Gett senses there is something more to this concubine’s murder. But when he is ordered by the Emperor to investigate, he is trapped. With all clues pointing towards the Emperor himself, Gett knows that any misstep will mean his very own death by execution. As he carefully makes his way through the maze of harem sexual politics, invisible and ferocious court wars, and the seething city outside the palace walls, he must answer one question: Why frame a man who is above punishment? This gripping novel by Jonathan Kos-Read, China’s top foreign actor with over a hundred films to his credit, delves deep into the imperial past, its machinations and superstitions, and sexual customs that remain alive even today. Customs that can kill a woman. Or bring down an Empire….

“Skewers you from page one with a sharply drawn mystery. China is a character here. Absolutely fascinating read, full of twists and turns. The solution will leave your jaw on the floor.” — Ying Da, Director, I Love My Family