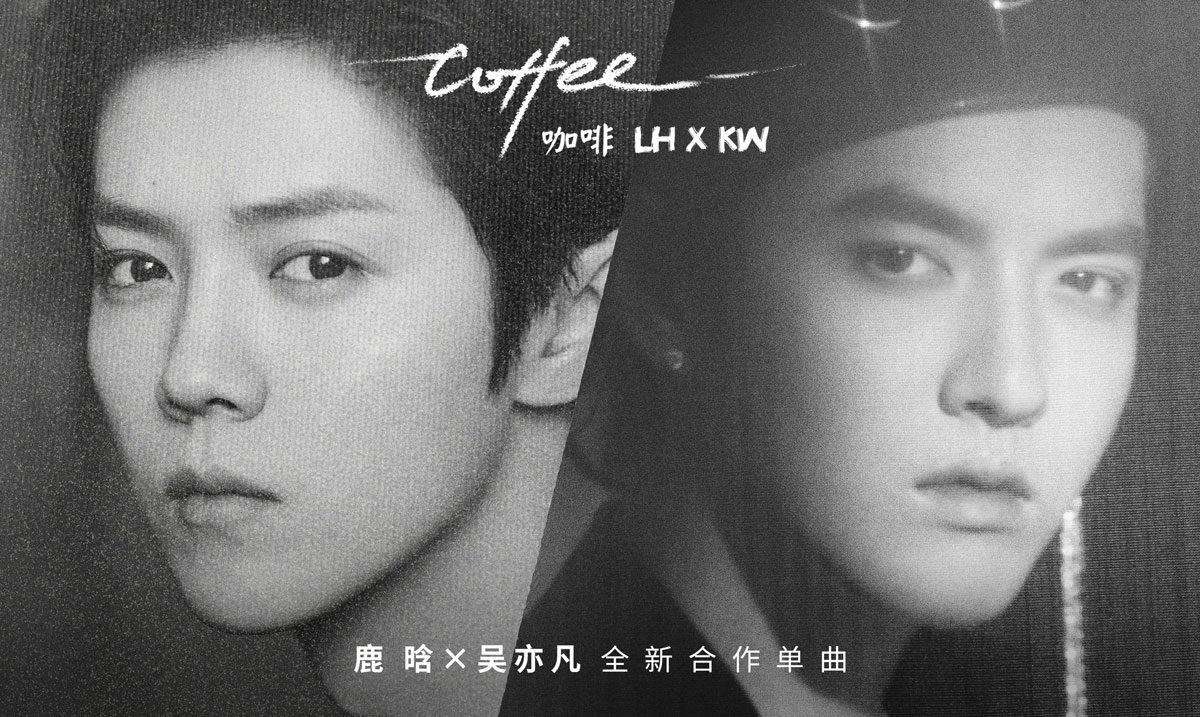 At the same time, a lyrical version of the song’s MV will also be available at Youtube on the same day.

The song “Coffee (LH X KW)” features an overall relaxing atmosphere ornamented with catchy melody and lyrics. The classic Hiphop rhythm and refreshing instrument accompaniments help cut off any emotional sprawl. The two singers cast aside the trivia, nuisance and tensions we often run into in our life, and choose to discharge fatigue with a cup of ice “coffee”.

The refreshing and refined MV images of the lyrical version are also eye-popping. LU Han’s bright and breezy singing in tandem with Kris WU’s lively Rap presents the mutually-intensifying leaping lyrical images of the MV and its rhythm. It deserves the song title and makes people feel calm, comfortable, cool and refreshed.

In early January this year, the singer LU Han released his single “Dream Up”, which demonstrated to more people his more and more distinct style orientation and music attitude as a post-90s singer. This time, his song “Coffee (LH X KW)” in collaboration with Kris WU has even unveiled a brand new attempt in the Chinese domestic music field. The tacit cooperation between these two musicians with unique styles will undoubtedly awaken a long-lost sense of leisure and comfort in the listeners.