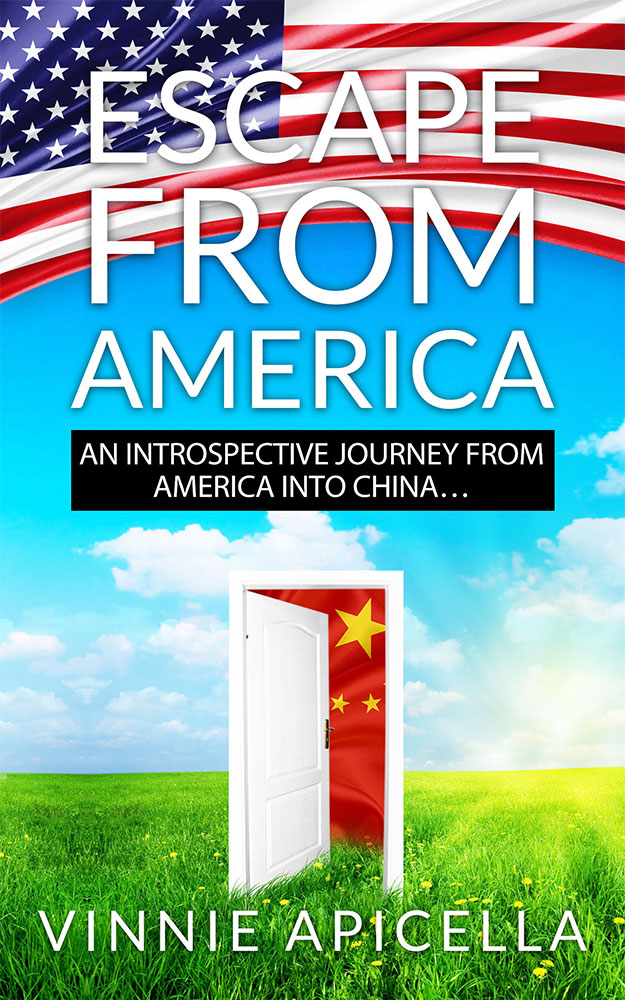 Vinnie Apicella, a former Forbes journalist, and current China-based expat’s bold new book aims to promote greater understanding between the dominant world superpower and China, a new challenger. Ten years in the making, Escape from America tells the story of a disgruntled American’s unlikely journey to China, documenting triumphs and struggles before lifting the lid off society’s ills and ultimately presenting a better way forward.

Intended for a broad audience, anyone with an interest to truly “know” America and better understand its people, or who wishes to see the “real” China beyond the dazzling skyscrapers and city lights can learn something; anyone not satisfied with the status quo will be inspired. Opting for objectivity over accolades, both countries are placed under the microscope revealing keen insights in a BS-free context that few foreign writers might venture to try.

Beijing-based IT professional Ting Dong shares: “As someone who’s never been to America, I always wonder is it really free and prosperous? Or is it a problematic place filled with prejudice and violence? Do Americans really know China or do they still have impressions from 30 years ago? I found out from reading this book. More importantly, I know more about my own country!”

About the book’s pointed title, the author himself reveals: “Many writers write to inform; I write to inform and incite. I want to incite a reaction out of each and every reader with this book. Do I hate America? No. Am I dissatisfied? Yes. I want to change people’s perceptions and persuade them to think critically, whatever their background. I present the plain truth in the pages of this work; anything less would come across as fake and dilute the intended impact.”

Though readers will find a balanced mix of both praise and criticism toward both countries—things that could likely incur the wrath of some and appreciation from others, everything comes from a place of honesty and astute observation, with the desired effect to educate and enrich.

“Sometimes we have to ruffle a few feathers to make people think; and then, to eventually make change happen… if change can lead the way toward a brighter future,” he concludes.

The book is available on Amazon, Apple Books, Google Play and other popular online retailers.

Interview with Laurie Dennis, author of The Lacquered Talisman