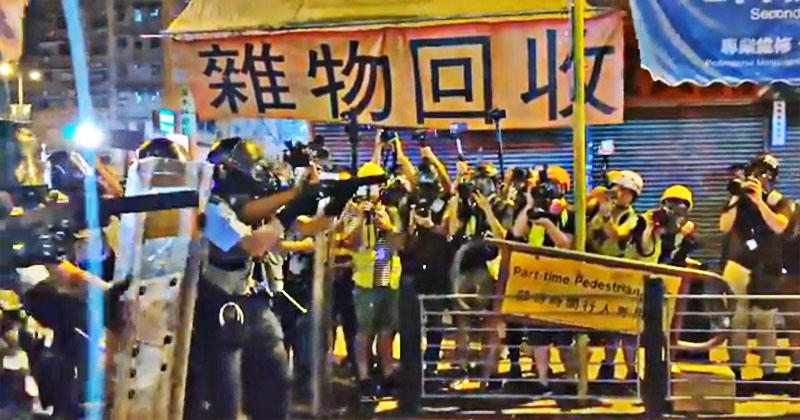 US President Donald Trump has raised the possibility of a personal meeting with Chinese President Xi Jinping to discuss the political crisis in the former British colony.

In a tweet, Trump said he had “zero doubts” that Xi “could solve the Hong Kong problem humanely.”

In another tweet, he also warned that if China wants a trade agreement to end the tariff war, it must first solve the Hong Kong issue humanely.

I know President Xi of China very well. He is a great leader who very much has the respect of his people. He is also a good man in a “tough business.” I have ZERO doubt that if President Xi wants to quickly and humanely solve the Hong Kong problem, he can do it. Personal meeting?

The protests in Hong Kong were triggered by the controversial extradition law, which would have further eroded Hong Kong independence, sanctioned by the Basic Law, for which Hong Kong has its own legal and judicial system and enjoys some freedoms absent in mainland China.

Hong Kong is, in fact, an integral part of China under the “one country, two systems” model, a model that guarantees a certain degree of autonomy.

Protests over the weeks have become more intense, and due to police violence, protesters now demand the resignation of Carrie Lam, the governor of Hong Kong, the amnesty for the hundreds of protesters arrested and universal suffrage.

Following the injury to a protester’s eye due to a rubber bullet fired by the riot police, protests spilled into Hong Kong airport, where flights were suspended for two days.

As protests intensify, Chinese responses have also become more worrying. While on the one hand, the governor of Hong Kong warns that the “city is pushing itself towards the abyss”, on the other hand, spokesmen of the Beijing government have called the protests almost terrorist, and paramilitary troops are massing in a stadium of Shenzhen, just outside Hong Kong.