Steam, a leading game distribution platform founded by a US-based Valve, has recently announced its plans to enter the Chinese market by the end of 2018 officially.

They are partnering with a Shanghai-based company Perfect World, which has previously helped Steam to distribute the Chinese editions of Dota 2 and Counter-Strike: Global Offensive.

Such a decision should have been a massive thing for one of the biggest gaming markets in the world (around 500 million of the China’s netizens are avid gamers). But the Chinese players are not too happy. Let’s see why.

To begin with, Steam is already obtainable in China, although unofficially and indirectly, as the state continually restricts such services. The government has previously blocked Steam’s discussion board access.

Currently, around 17 million Chinese gamers are using Steam. They can purchase official and uncensored versions of the games using international credit cards. Besides, they can also continue participating in the discussions with the help of VPN and proxy services.

Furthermore, the official entrance into the Mainland and cooperation with a local company can only mean that the contents of the Chinese Steam version will be heavily censored and curated. Thus making sure that no games clash with the government’s values and ideology. In most countries Valve does not raise any issues with the contents and does not curate them, only prohibiting games that are unlawful and/or genuinely harmful.

As for China, the guidelines for game contents are somewhat unclear and subjective. For example, the game cannot include any discussions about the Communist Party or the sensitive parts of the Chinese history; it also cannot portray any pornographic or gambling-related content. Nothing too gory or too explicit is permitted either, be it visible blood splatters or too many curse words. The developer also has to translate the whole game interface into Chinese. All in all, the guidelines for the games are almost the same as for the rest of the digital world in China.

According to these guidelines, a huge chunk of games could never be published in China without making tangible changes to the gameplay and game design. Just count all the shooter games or all the games with fast cars and half-naked girls. For example, Diablo III had to make a lot of adjustments before being released in China, for instance, depicting blood as a gray liquid to minimize the gore.

Based on such censorship of the games, it is clear why the local gamers are not too happy with Steam’s official arrival to the Chinese market. Despite the platform not being fully accessible in China, it is not yet too challenging to pass-by the restrictions using VPNs or foreign credit cards. However, once the Chinese version comes, many concerns arise. Will the international store still be accessible? Will the players be able to buy the uncensored versions of the games? What about the discussion board? And the games that are “harmful to Chinese society”? 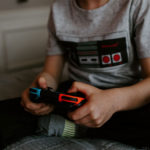 Despite anything, the international Steam store could and should be available even after the China-optimised version rolls out. We wish that you can turn on your NordVPN (or purchase it, if you haven’t yet) and log in to the good old Steam with thousands of original games to enjoy That way you will not lose the best franchises in the market. Just play on, while we protect your privacy!

China’s new gaming rules ban blood, gambling and some games based on the Chinese imperial past
Previous