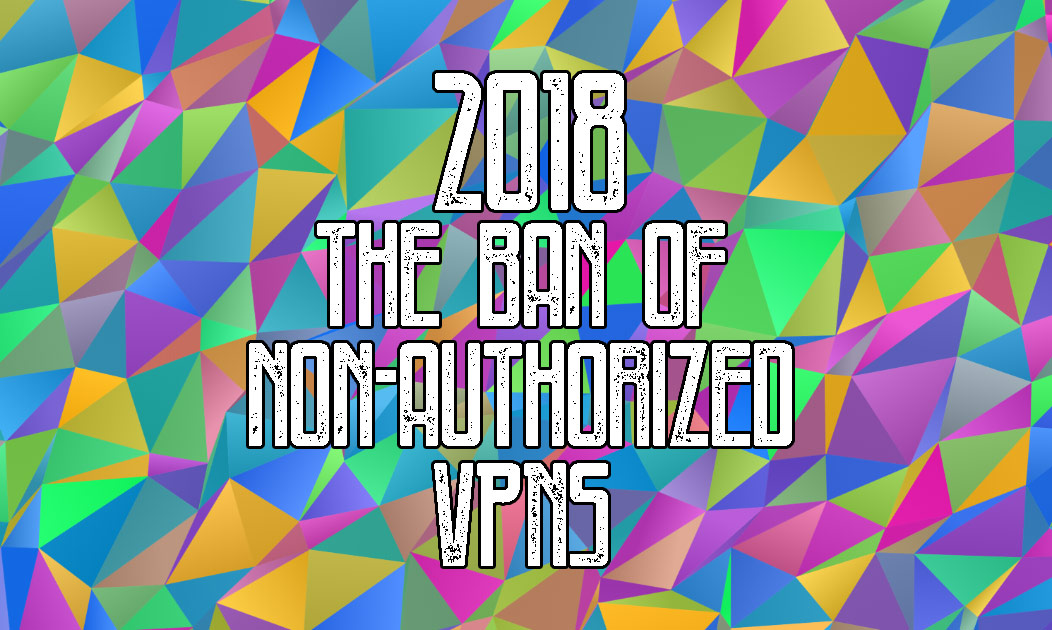 The ban of non-authorized VPNs in China – Even before the 19th National Congress of the Communist Party of China, there were talks about the Chinese government passing a regulation regarding virtual private networks.

It was said that the government requires the telecom companies to circumvent all access to unapproved virtual private networks by the start of February. The biggest carriers like China Telecom, China Mobile and China Unicom were told to block all the VPN connections and it is believed that all unauthorized VPNs will be shut down.

If by February the 1st all VPN connections will truly be blocked, the Chinese Internet users as well as expats won’t be able to access foreign websites like Facebook, Google, YouTube and other. Also, it is impossible for telecom companies to ignore this regulation, as all of them are state-owned and need to comply with the government.

While China is already blocking numerous VPNs, and is very successful in doing that, a few VPNs still work and are accessible in China. However, it is unknown whether the few working VPN service providers will be functional in February, after the deadline. VPNs have been blocked numerous times and China is doing enough to successfully circumvent most of them, so it probably won’t be a problem to shut all of them down once the time comes.

However, the ban of virtual private networks is harmful not only because most Internet users will not access the free Internet, but also because foreign business, software development, academics, medicine fields will suffer immensely. There has been information that businesses will be able to use VPN services, but only for internal uses such as enhancing security, keeping sensitive information safe and etc.

China’s Ministry of Industry and Information Technology has denied the claims of this regulation and that the telecom companies were ordered to block VPNs. The Ministry states that the governance of VPNs will not affect Internet users or foreign businesses.

It is generally unknown whether the said VPN blockage will happen, as China’s government does have the means to do so, but the ramifications for business and economics can be huge and can seriously harm the country. Quite a lot of businesses have already expressed concerns regarding the Internet censorship and moving their business to another country.

Whether the VPN service providers truly will be blocked by February is unknown but at the moment there are still VPNs that are fully functional in China and can be used to freely surf the Internet.